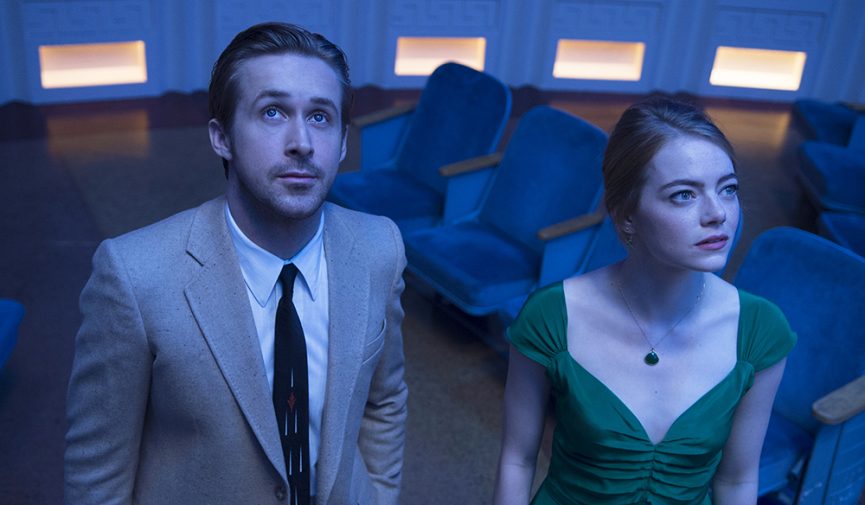 Filmmaker Roundtable: The Connection Between Music and Creativity

Some of the industry’s top creators weigh in on creativity, music, confidence, dealing with criticism, and finding your voice in a noisy world.

Billed as a conversation on creativity, this roundtable from The Hollywood Reporter — featuring Lin-Manuel Miranda, Donald Glover, Issa Rae, and Damien Chazelle — explores how the featured artists find inspiration in music and how music inevitably finds its way into their work. Additionally, and of note to burgeoning content creators, the discussion touches on how resources like YouTube and Vimeo played an important part in launching their careers.

Moderated by Jon Favreau, the panel features a diverse selection of artists in different stages of their careers. It’s pretty inspiring stuff, for sure. The entire discussion plays out in the video below, and some standout moments are featured after the clip. Enjoy — and maybe take some notes!

Damien Chazelle on the Ups and Downs of Creating 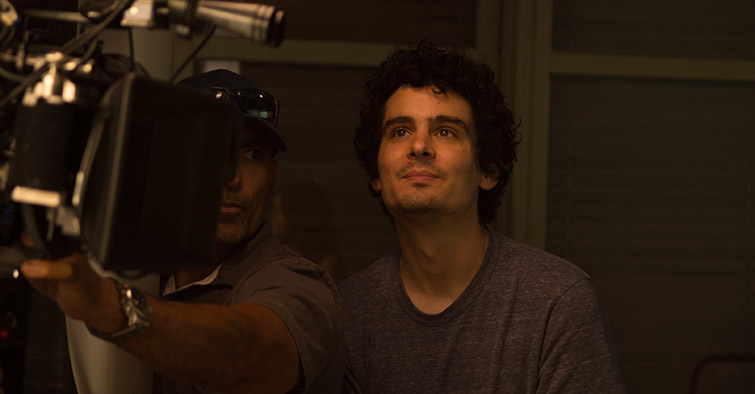 Chazelle’s path to filmmaking success isn’t uncommon, with a well-received short film eventually leading to feature film opportunities. He wears his love of movies on his sleeve and is quick to express appreciation for the romanticism and nostalgic warmth that accompanies that love. Here he discusses staying focused while experiencing the ups and downs of making your way in Hollywood.

It was like, years of trying to get La La Land made in Hollywood. Everyone saying not just no, but, like, “Please go away. We don’t want to hear about original musicals.” I did Whiplash out of necessity a little bit. Whiplash was a much smaller movie that I was able to actually put the money together for. But the whole time I was making Whiplash, I was hoping, if this doesn’t entirely suck, it will give me some kind of calling card to make La La Land.

On how the quality of contemporary television and online content pushes filmmakers to work harder in order to get people out of their homes and into theaters:

We [read] a lot of doom and gloom about how movies are dying and TV is to blame or the internet is to blame or whatever. There’s a lot of “woe is me” think pieces, as opposed to just welcoming that there’s good content that’s raising the bar. And that, okay, maybe that just means we have to try harder to get people. That led to some interesting things in the ’50s when TV first came around. It’s always those shifts that have ultimately pushed things forward. 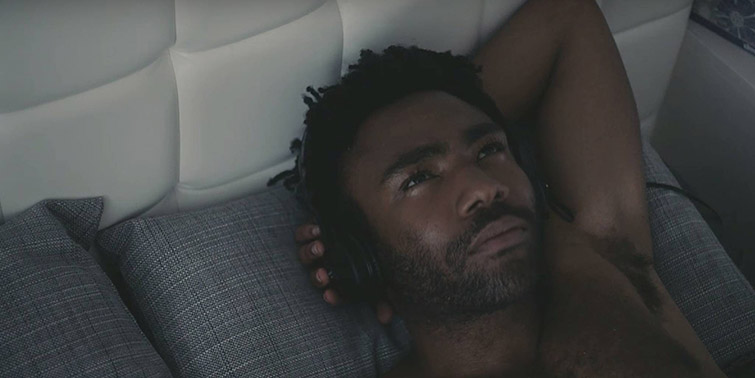 Glover’s acclaimed FX series, Atlanta, offers a surreal, comedic take on the life of an up-and-coming musician and manager. In the Hollywood Reporter panel, the multitalented, Golden Globe-winning auteur discusses music, growing up online, and producing original content in the early days of YouTube.

Glover explains the dynamics of releasing content in today’s world and how to face the reactions you will inevitably receive, for better or for worse.

We were like, “Maybe this will get us on television,” not knowing that is television now. How you get to the product is almost more important than the product, nowadays. Because it changes the lens a little bit. If thirty percent of people are like, “This is amazing,” there’s going to be twenty percent that are like, “Well, I have to agree with my friends a little bit.” We release a lot of our stuff on Sundays, because I know bloggers are asleep and people don’t want to talk. People have to think about it for themselves, which doesn’t happen a lot.

Issa Rae on Confidence in the Face of Criticism 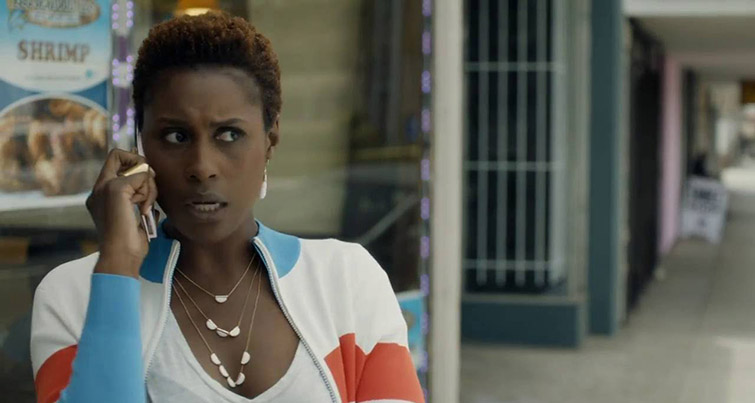 As was the case with Glover, YouTube played a part in Issa Rae’s early career; she first appeared on the cultural radar with her acclaimed web series, The Misadventures of Awkward Black Girl, back in 2011. Now she creates the Golden Globe-nominated Insecure for HBO. When asked about taking criticism at face value, Rae responds:

There’s an initial rush, like, “Wow, people really like this. This is crazy. This is great.” And then, “Oh sh*t, now I have to live up to this.” You get really scared and then you feel like the light is on you. And then, when you get your first piece of criticism, that’s kind of a big deal. But for me, it’s actually only helped me creatively, because it makes me uncomfortable, and that’s where I thrive and that’s where I live in the first place.

Rae has an excellent sense of what she wants her audience to feel. Her confidence shines through in her work, allowing an audience connection stronger than most contemporary cable series.

I like making people relate to people of color and black people specifically. Especially in these times, that’s a cool trait. “I’m from this specific background, and I identify with what you’re going through.” That’s such a powerful tool, to bring people into your world and to bring a sense of understanding. With this show, I wanted to just make black people relatable. 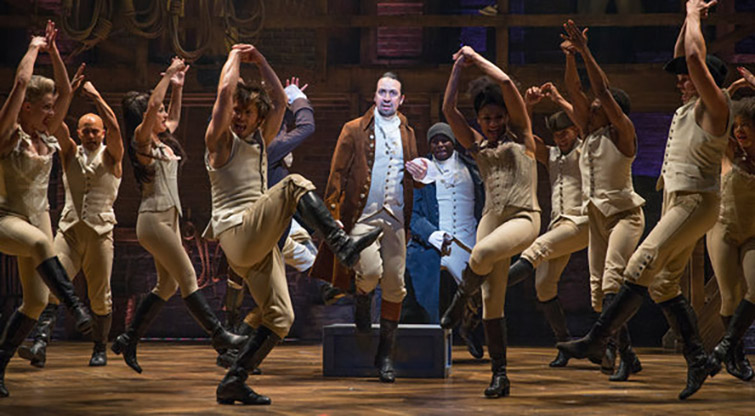 Above image via Hamilton: An American Musical

The genius behind the Broadway mega-hit Hamilton: An American Musical sheds light on the process of putting your work out and hoping it’s received well. The playwright also discusses the importance of taking jobs that initially sound unappealing and his experience moving on to projects like Moana, Marry Poppins and Star Wars after Hamilton’s success.

It’s the same as before. The way I think about what I do is, you toe this line between the things that are in you, that you’re burning to make, the idea that won’t leave you alone in the shower or when you’re walking your dog, and the opportunities that come along that I would do anything to be a part of and I’d kick myself if I didn’t do it. We all struggle with that balance. Robert Rodriguez was my big hero when I was in high school. That was my dude. I read [his book] Rebel Without A Crew…

Favreau responds with his own story of using Rebel Without A Crew as a guidebook while making Swingers. Miranda then dives into the mentality that comes with live performance and the immediacy of it all.

I work in the art form where you’re in the room with the people who are performing, and that’s something you can’t replace. Especially talking about online stuff, I think we curate our reality so much. We block that friend on Facebook who is talking about politics constantly or putting up videos you’re not ready to see at nine in the morning. But in the theater, you’re all watching the same thing.

This group of artists is well-acquainted with the immediate online critical reactions that are such a part of creating publicly in today’s world. Their stories and advice are crucial for anybody looking to take a chance on putting their work out there for all to see. They’re also wildly in tune with the importance of music in the creative process.

If you’re looking for musical inspiration or a soundtrack for your next project, PremiumBeat’s got you covered. From hip-hop and rap as heard in Glover’s Atlanta to the classical influences of Hamilton, to the stellar R&B running through Insecure and the swinging jazz of La La Land, PremiumBeat’s deep library of songs and genres is an excellent resource for film and video creators.