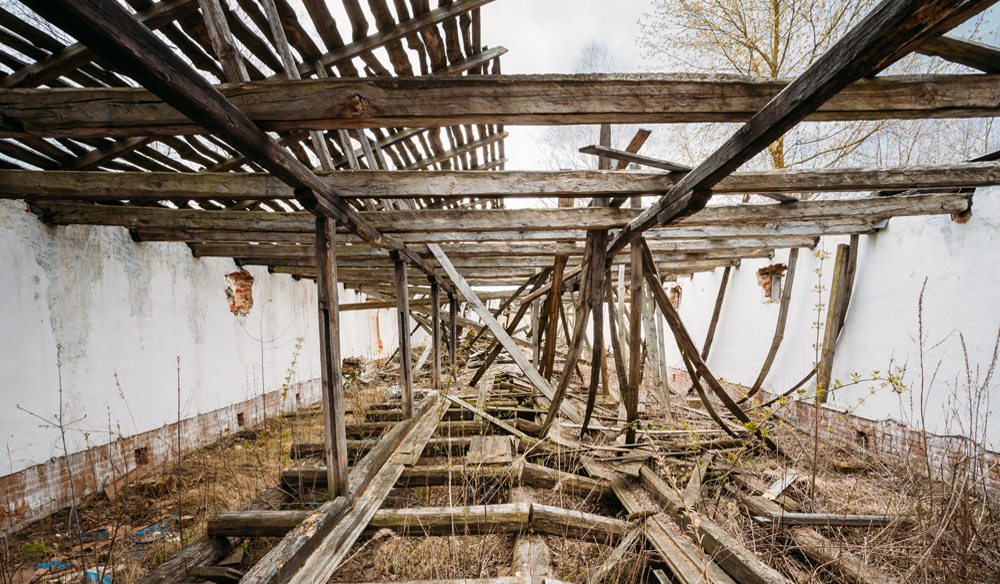 Considerations for Shooting in Abandoned Locations

Videographers love taking their cameras and drones into beautifully eerie places. Want to try it? Here’s what to consider before shooting in abandoned locations.

The key to shooting in abandoned locations is packing lightly. Odds are, you will be out in a very open location without any power or any other resources. You probably won’t have signal on your cell phone either.

Also, having permission to shoot in these locations is advised. You should also let other people know where you are going, just in case anything happens.

Here are a few considerations for shooting abandoned locations:

Now that you’ve got that down, check out what these videographers were able to pull off with a small amount of gear.

Director of Photography Danny Cooke travelled into the radioactive wasteland that is Chernobyl. In April of 1986, an explosion and fire at the Chernobyl Nuclear Power Plant caused radioactive particles to spread all over the western USSR and into Europe.

Cooke shot the piece for a CBS News segment on 60 Minutes with a Canon 7D and DJI Phantom 2 with GoPro3+.

During my stay, I met so many amazing people, one of whom was my guide Yevgen, also known as a ‘Stalker’. We spent the week together exploring Chernobyl and the nearby abandoned city of Pripyat. There was something serene, yet highly disturbing about this place. Time has stood still and there are memories of past happenings floating around us. Armed with a camera and a dosimeter geiger counter I explored.

Filmed by Teddy Smith, this video explores an abandoned Six Flags theme park in New Orleans. The park was damaged beyond repair after Hurricane Katrina in 2005.

Teddy shot the video with a Canon 5D MarkII. Personally, this has always been one of my favorite eerie short films.

The Chernobyl incident is one of two nuclear incidents categorized as a Level 7 Event by the International Nuclear Event Scale. The other being the 2011 disaster in Fukushima.

In March of 2011, an earthquake in Tōhoku caused a tsunami, which in turn caused an equipment failure at the Fukushima I Power Plant. The famous Japanese cherry blossom trees in Tokioma now line abandoned streets.

Both of these drone videos come from Hexa Media in Japan.

The United Kingdoms’ Sheffield Ski Village closed down in April of 2012 after an arsonist set fire to the property. When the ski village was open, the it was home to some of the UK’s best freestyle skiers.

After the ski village had been abandoned, a few skiers returned for a dry run on the charred remains. The video was shot by Fleye and Extreme Cams.

Bodie is another abandoned mining town, this one in California. Only 100 structures remain in the ghost town. The town suffered two major fires in 1898 and 1932. After the second fire, the US Post Office moved to another city and the town continue to decline until nearly empty during WWII.

The video was shot by Colin Rich and assistant cameraman Mark Bernal. They worked with the California Department of Parks and Recreation, as Bodie is now a California State Park.

Got any tips for shooting in abandoned locations? We’d love to hear them in the comments below!