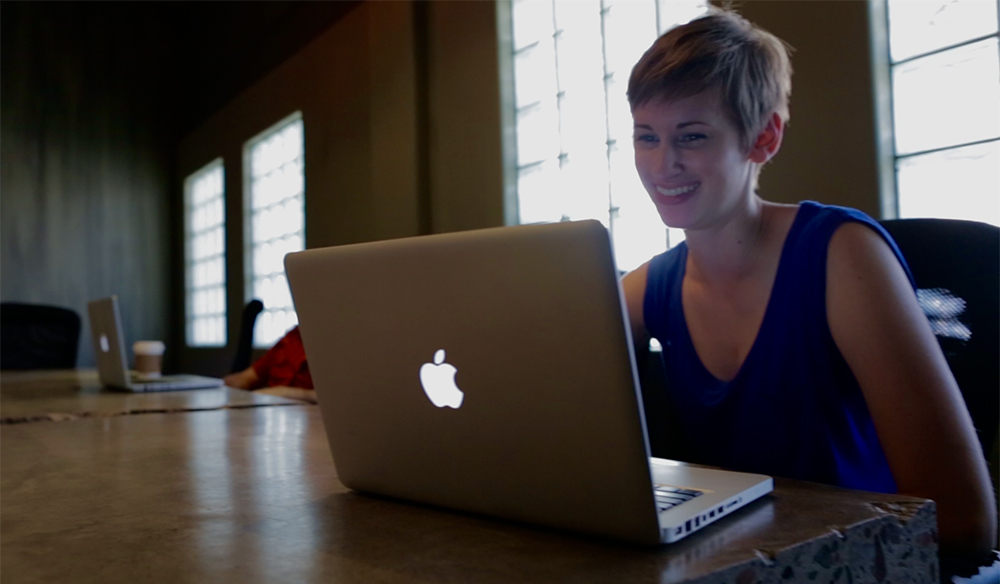 Austin Film Festival Interview: Insights for Turning Your Script into a 90-Second Pitch

We chatted with screenwriter Megan Weaver about her script “The Starfish” and some insights for pitching your screenplay.

At AFF, it’s not hard to to run into an aspiring screenwriter. With full slates of panels and workshops during the day, and networking events and mixers at nights (to go along with dozens of screenings), you’re always within earshot of a conversation about character arcs or the nuances of dialogue.

One up-and-coming screenwriter (as well as a director and playwright) whom we ran into was the talented Megan Weaver, whose project, The Starfish, was a semi-finalist in the Drama and Enderby category at AFF. Weaver had these insights to share about her festival experience and how she was able to break her feature down into a successful 90-second pitch for the AFF Pitch Competition.

PremiumBeat: How did you get into screenwriting?

Megan Weaver: I’m a theater director and playwright, and I do a lot of experimental devised work. When the seeds of my screenplay The Starfish first started sprouting in my mind, I thought maybe it was the beginnings of another original theater piece. But as I explored it further, it revealed itself to me as a realist coming-of-age drama-comedy. With that, I realized it should be a film. So I started teaching myself the fundamentals of screenwriting, and started outlining . . . and a year and a half later, here I am! 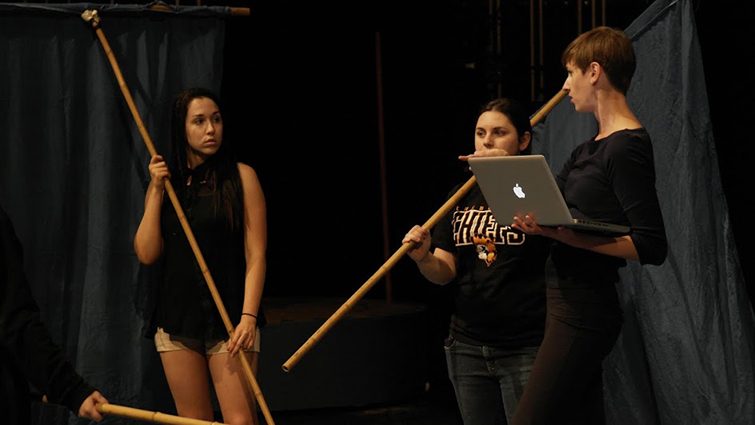 PB: Tell us a little bit about your script.

MW: The Starfish is a teen coming-of-age drama romp about two queer teenagers vying for the same leadership position at an evangelical Quaker camp. Think Love, Simon meets Saved! My protagonist, Vi, is a transgender boy who’s only recently come out to himself and outwardly still looks like the soulful, androgynous girl his friends think they know. Like a starfish, it’s not possible to tell his gender from the outside. When he’s nominated to be the camp’s next youth leader, he’s thrust into the crosshairs of Mallory, a sanctimonious homeschooler who desperately wants the position for herself. Mallory believes Vi is a lesbian, and the church has a clear policy against gays in leadership. Mal would know — she’s in love with a fellow female camper. When the youth choose Vi, Mallory fires off a chain reaction that causes him to be wrongly outed as gay. Vi is stripped of the position and forced to choose between coming out as trans before he’s ready, or losing the only spiritual home he’s ever had. But in a mud-slinging Capture-the-Flag climax, he and Mallory reach a surprise alliance that gives him the courage to embrace his truth without explanation and leave the church for good. When he does, he discovers that just as a starfish can drop a limb only to have it regenerate, sometimes breaking away is the only way to be born again.

PB: How did you find out about the Austin Film Festival?

MW: I live in Austin, so I was aware of the festival before I wrote my own screenplay. After I finished my first draft, I joined a local writer’s group, and all they could talk about was how great the festival was for emerging/aspiring writers. That was in November 2017, and I set my sights then on attending in 2018.

PB: Tell us about your pitch submission process.

MW: I bought the pitch ticket on a whim, feeling like if my script didn’t progress through the screenwriting competition, this would be another opportunity to give it some exposure. I started writing the pitch about three weeks before the festival, because I knew with a 90-second limit every word would count, and I wanted plenty of revision time. So by the time my pitch day rolled around, I had really internalized what I wanted to say. I also sat in on a pitch session the day before mine to see what it was like, and I took notes on the strongest pitches and the judges’ feedback. That helped me refine my final version, so by the time I got up there I felt super prepared and clear on how best to present my work. 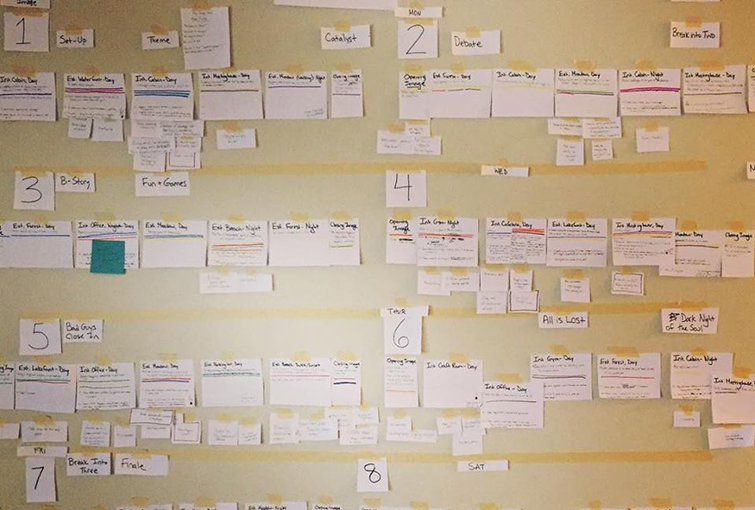 PB: Do you have any advice about how you were able to condense your story into the 90-seconds needed for the pitch competition?

MW: The best pitches I listened to had three major things in common: they emphasized the central human relationship at the heart of their story, they included a couple major plot twists that genuinely surprised me, and they ended with a strong final phrase that evoked both the title and thematic heart. It’s basic storytelling — get me emotionally invested in your characters, tell me their goal or mission, throw a big obstacle or two in their way that cause them to transform and grow, and then button it up nice and tight. So I went back to my pitch and mapped out if I had those basic ingredients, cutting anything that was superfluous and highlighting those key components. It streamlined it immediately, and it came out to almost exactly 90 seconds.

PB: How was the competition at AFF? Did you notice any trends from the other film pitches?

MW: The best pitches made me feel something. And I think the best pitchers were comfortable, un-rushed, and didn’t feel too performative. No one likes to feel like they’re being sold to. Just tell a great story, and be practiced and confident in the telling. The people who could do that in 90 seconds, taking us on a surprising journey from start to finish and either making us laugh or (at least inwardly want to) cry, to me, invoked the most confidence that their scripts would be equally sophisticated and worth a read.

PB: What’s next for your project?

MW: I’d love to make a short film out of a key scene early in the feature, in which Vi is trying to figure out how to change clothes in the girls’ cabin. He’s no longer comfortable being seen naked by his girlfriends who are lounging all around him, gossiping freely about sex and boys. He ends up hiding in his bunk bed to change, and the cramped awkwardness of trying to change in that tiny space contrasts with the feminine freedom of the girls. But a new girl, Olivia, picks up on Vi’s discomfort and befriends him after lights out, planting the seeds of a love story that’s central to the feature. Ultimately I’d like to direct the feature, and this short would be a calling card for that vision. 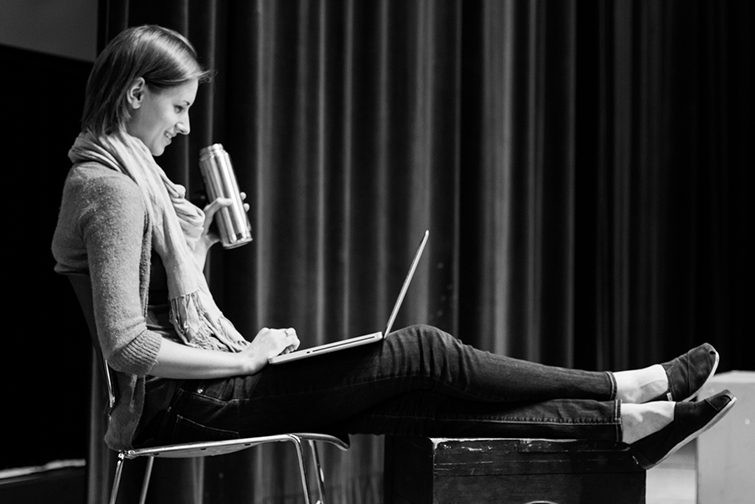 PB: Do you have any advice for aspiring screenwriters or filmmakers that you’d like to share from your AFF experience?

MW: I think pitching is an amazing tool for getting at the heart of your story. Especially with that 90-second constraint. I recommend it to anyone as a core part of the writing process. Even though my script is finished and even placed in the screenwriting competition, pitching it revealed its strengths and weaknesses in a new way, and I’m making rewrites based on those discoveries.

Also, I know a lot of writers are nervous about attending the conference alone, especially the social events. But AFF people are sooo friendly, and there are dozens of other aspiring writers who can share the wisdom of their experiences. I made several great new friends, and I’m a true introvert. So embrace the butterflies and show up. It’s absolutely worth it.

For more information, you can follow Megan Weaver on her page here, and her film project on its page here. For more screenwriting resources and filmmaker interviews, check out some of these articles.