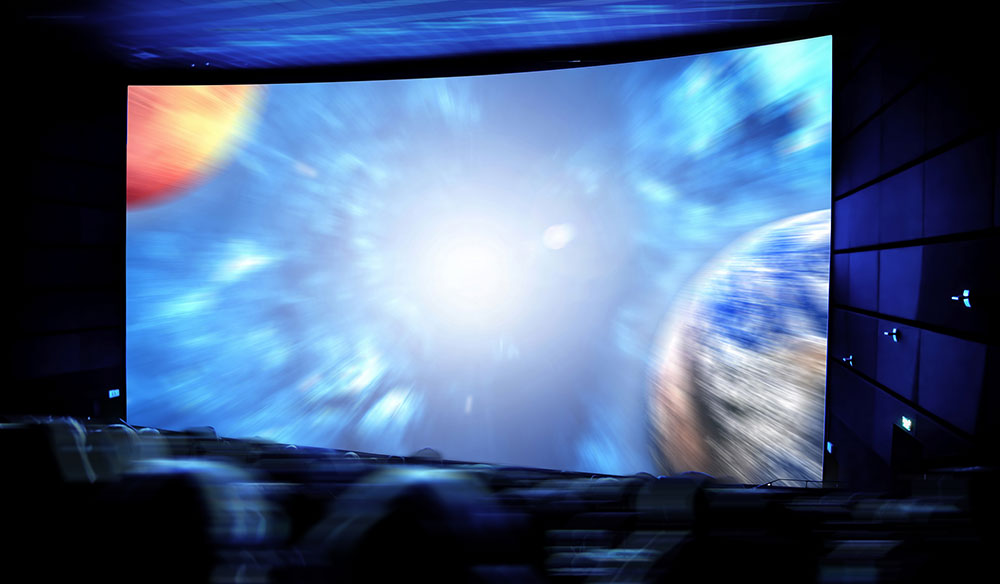 David F. Sandberg, the director of “Shazam!,” breaks down the daunting process that converts 2D films into 3D “cinematic experiences.”

While I was born a bit too late to experience it, we all know that the watershed 3D moviegoing experience was the 1983 release of Jaws 3-D. Since then, and quite unsurprisingly, three-dimensional movies have come and gone time and time again as studios seem to rediscover (then conveniently re-forget) that people pay more for movies with a little spectacle.

And that’s not to say that 3D can’t be cool, or done well — or that it might even be the way of the future. But what’s actually a bit more maddening than you might think is the painstaking task of converting regular 2D movies into 3D cinema experiences.

In a very interesting Twitter thread, filmmaker and director David F. Sandberg (Shazam!, Annabelle: Creation, Lights Out) gives an insightful look into the 2D-to-3D stereoscopic process, and why it just might not always be worth it.

To celebrate today's purchase of Shazam 3D here's a thread about stereoscopic (a.k.a 3D) movies. pic.twitter.com/MsLtQCR1Z4

So, Sandberg starts off innocuously enough by presenting a thread on Twitter wherein he promises dive into the stereoscopic process he went through when converting Shazam! from 2D — as it was shot — into 3D. And for filmmaking pedigree, if you aren’t familiar with Sandberg, the Swedish director and animator has been working in the industry for years, making his way up from no-budget indie horrors to the $300 million+ budgeted blockbusters like Annabelle: Creation (2017) and the aforementioned Shazam! (2019).

However, even with all his astute filmmaking knowledge, even he admits that the conversion process from 2D footage to 3D footage was much more complex and complicated than he ever imagined. And what’s more, it introduced a whole new array of issues that his production and VFX teams had to address.

Problems with Depth and “Ghosting” 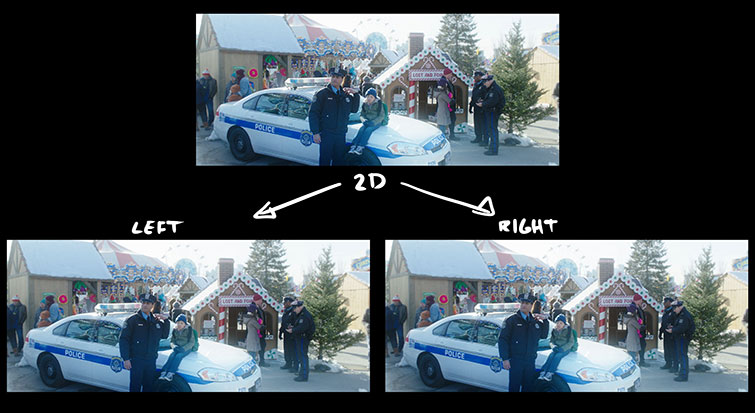 The biggest issues Sandberg goes into all mostly have to deal with the creation of the artificial second eye. This creates problems as “things are enlarged to cover up more background rather than re-creating the background, things are erased to solve problems, etc.” You’re basically creating micro-versions of the bullet-time effect used in The Matrix.

From there, Sandberg goes on about other issues when “you get a background object covered up in one eye but visible in the other eye which gets uncomfortable.” As well as a “ghosting” effect that pops up “when you have a bright object against a dark background, the two angles of the bright object can end up visible in both eyes.”

The Future of 3D Entertainment

I used to be a much bigger 3D fan. Loved my ViewMaster as a kid, loved my Nintendo 3DS as well as my old timey 3D viewer bought in an antique store. The concept of 3D is awesome. pic.twitter.com/4ATg43CpZu

However, despite Sandberg’s concerns with how the stereoscopic conversion might affect the overall quality of his film, he does remain surprisingly positive in his praise of 3D technology. For film, however, he concedes that “I think it’s not really worth it unless you not only shoot 3D but also change your whole film language to adapt to 3D and take full advantage.”

For filmmakers though, the conversation is an important one to monitor. Even with research saying that 3D films might be on the way out for now, the industry seems dead set to make 3D happen in a big way — one day. Maybe with James Cameron’s ambitious Avatar franchise it’ll take another leap forward.

In the meantime, Sandberg leaves his Twitter rant-thread with his heartfelt appreciation and condolences for the talented VFX artists who work tirelessly on projects like this and very often “get the short end of the stick . . . They have to do a ton of very difficult work in very little time. Hats off to the 3D conversion folks!”

For more industry discussions and insights, check out some of these articles below.