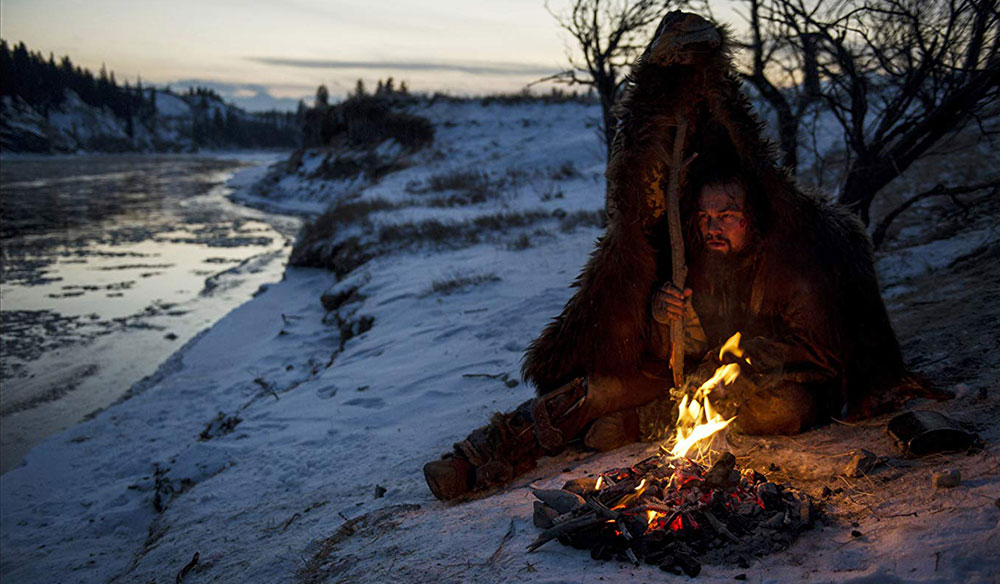 Emmanuel Lubezki only accepts projects that give him the opportunity to do what he does best — create images unlike anything you’ve seen before.

Few cinematographers are more admired (and none more awarded) than Emmanuel Lubezki — also known by his nickname, Chivo (“goat”).

Chivo’s early career involved working as an indie DP with director Alfonso Cuarón in the breakout hit Y Tu Mammá También, then he graduated to Hollywood studio movies such as Lemony Snicket’s A Series of Unfortunate Events before developing his own signature shooting style with a select group of directors, including Alejandro G. Iñárritu, Cuarón, and Terrance Malick. 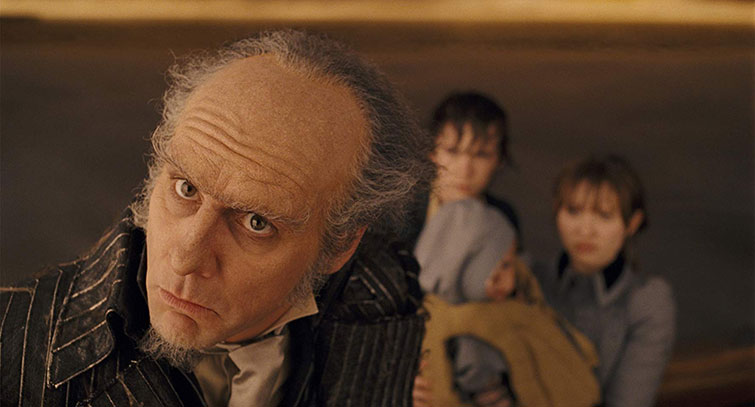 Image via Lemony Snicket’s A Series of Unfortunate Events (Paramount).

Chivo has a unique shooting style, and he works with directors in ways that other DPs can only dream of. He said the following of The Tree of Life:

If we are inside a house and it’s not working, instead of bringing in lights, we would rewrite the scene and reassemble it outside. Or, we’d shoot something else, and come back the next day, when it was sunnier.

If almost any other DP suggested rewriting a scene because the light wasn’t right, they’d probably be fired on the spot. Because Chivo gets hired for his commitment to the striking images he captures, he’s not only tolerated but also encouraged to come up with even more extreme ways to do what he does.

That’s not to say that Chivo’s style doesn’t adapt. Even working with the same director, his aesthetic can be wildly different from project to project in order to serve the story. Birdman and The Revenant have different looks, but both stand out as visually striking.

Let’s look at some of Chivo’s visual signatures, and why he uses each one. 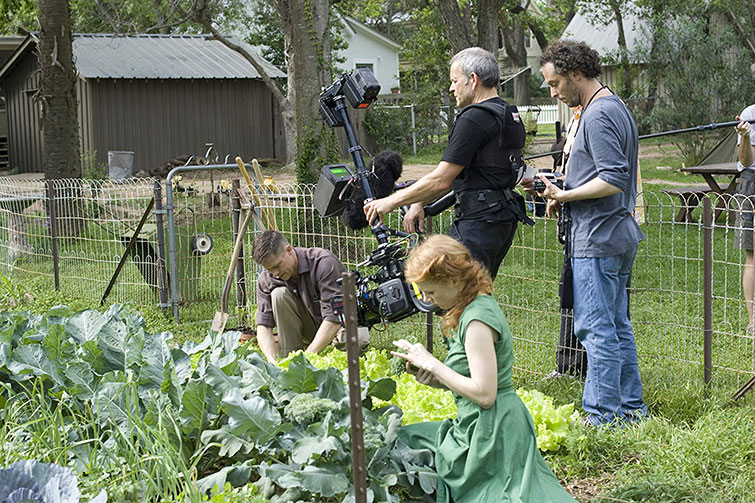 Image via The Tree of Life (Cottonwood Pictures).

Chivo’s commitment to natural light is more about how good it looks to his eye. No matter how high a light’s CRI rating, it’s never going to recreate the look of the sun. Chivo has said, on many occasions, that he feels artificial light looks fake to him and that it takes people out of the story. Of working on The Tree of Life, Chivo says the following:

Less equipment means that we have more chances to create those special moments. The actors don’t have to walk through a forest of C-stands, and we are usually able to shoot in any direction.

Because the sun is such a faraway light source and creates such hard light, Chivo uses it mainly as a backlight, letting it reflect off the environment and around the actors to illuminate their faces. He does use a lot of negative fill to avoid what he calls “light sandwiches,” where the actor is lit equally from both sides.

Image via The Revenant (Regency).

There’s no point going to the ends of the earth (as the filmmakers did for The Revenant) if the actor’s face is going to block the whole environment. By using wide-angle lenses, even on his close-ups, Chivo incorporates more of the surrounding area in his compositions. 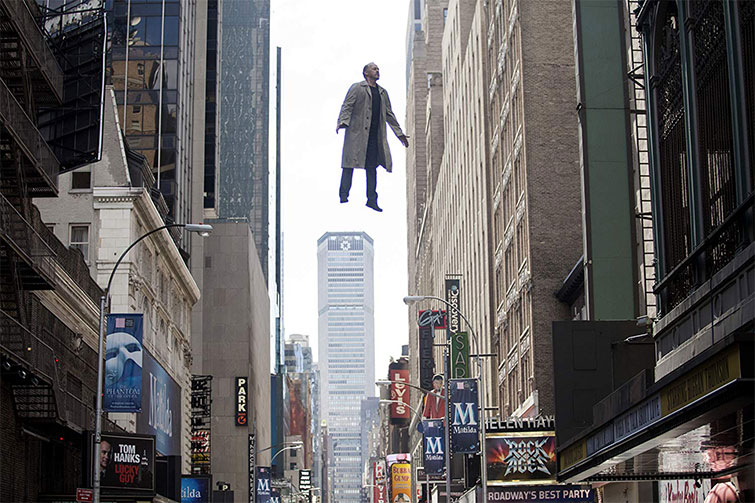 By using wide-angle lenses — either handheld or on a Steadicam — Chivo prefers to walk into the close-up from the wide. This is another way he works the artifice of filmmaking and avoids taking the viewer out of the moment. This reached new heights in Birdman, which is designed to look like one long take, but it also featured heavily in some of the greatest long takes ever in Children of Men.

Our shooting ratio is high. We joke that we are like fishermen. We are trying to get little bits from a river that is constantly flowing. Sometimes you catch one or two, and sometimes you don’t.

Because he has discussed this with his director and producer in pre-production, Chivo can shoot on a schedule that would give most 1st ADs a heart attack. He can shoot all day and not get anything usable (pretty much all of Malick’s films). He can wait days for the light to be right, and then only shoot for an hour (as in The Revenant). 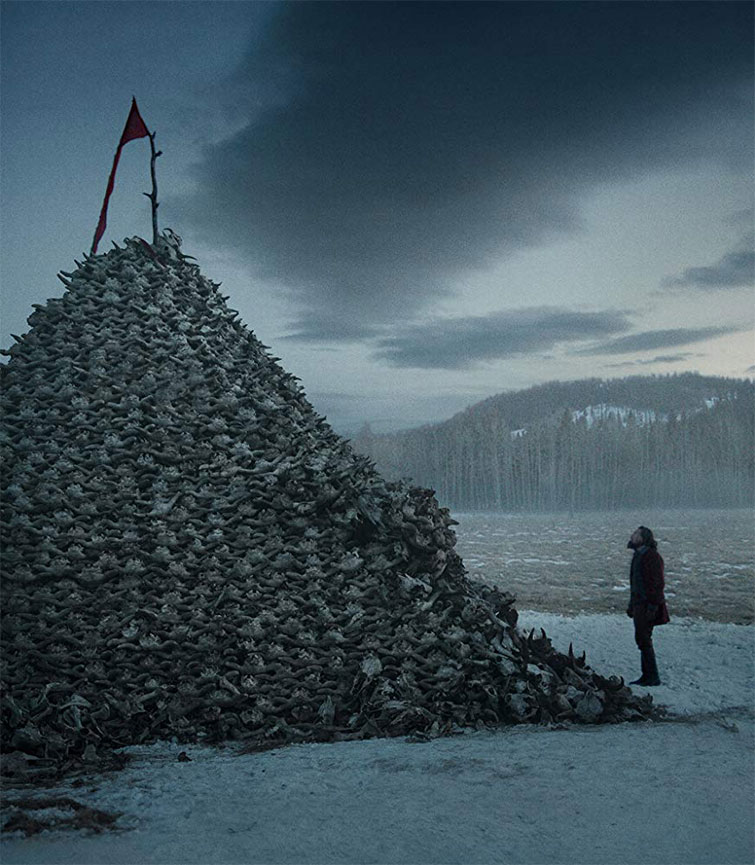 Image via The Revenant (Regency).

Most filmmakers hear about natural light filmmaking and assume this would be cheaper than using artificial lighting — with all the transport, rental costs, and power costs. Using only natural light, if you’re as demanding as Chivo, can be far more expensive, simply because it takes much longer to shoot a film when you’re only filming for a few hours a day.

A typical studio film has a thirty- to forty-day schedule. The Revenant was shot, in its trick chronological order, over eighty days. But, those days were spread over nine months, for a total cost of $135m.

Chivo really is a DP swimming against the tide, and he is a testament to what the cinematographer’s canvas can look like. In a world of strict schedules and studio reshoots, he only takes on projects that allow him to try new things and advance his art.

Cover image via The Revenant (Regency).