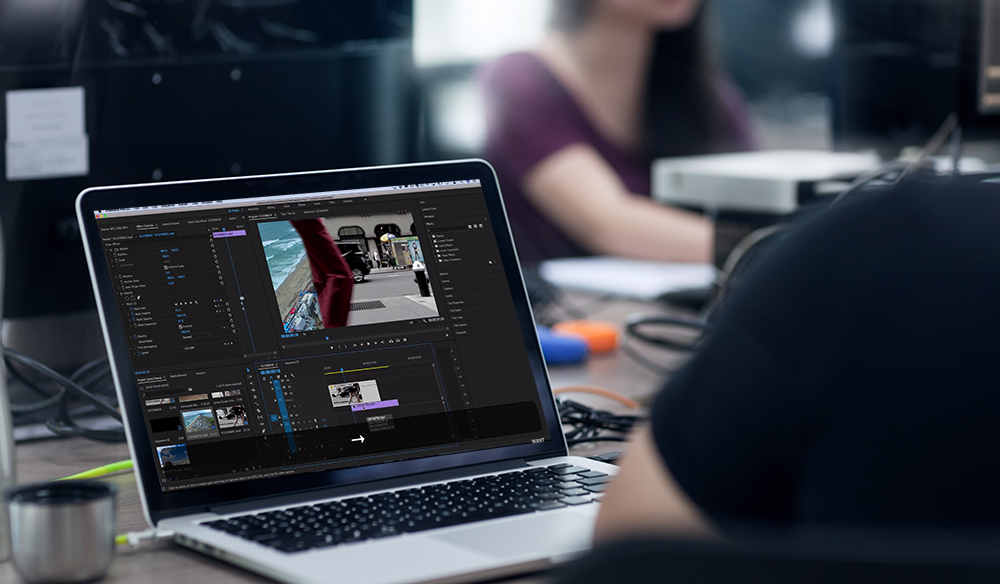 Learn how to create a simple moving object transition in Premiere Pro with these four easy steps.

One of the most common transitions you see in films and television is the quick, moving object as the next scene appears behind it. It’s a simple-yet-effective way to transport your audience to the next scene in a fast, fluid way that usually works best in a fast-paced edit. Let’s take a look at this helpful tutorial as it walks us through each step.

Justin Oshido walks us through the simple-yet-somewhat-tedious process. His channel is a must for any video editor looking to hone their skills while looking for new tips and tricks in Premiere Pro CC and After Effects.

Step 1. Find the Object that Fills the Entire Screen

In order to effectively mask out the entire fill of the screen with no visible holes, find an object moving either left, right, up, or down across the entire screen — while also filling up the entire screen. This will prevent any gaps that you’ll need to mask later on in the process. In Justin’s example he uses a person walking from left to right.

To start masking, find the clip you want to use, open up the Effects Control Panel, grab the Pen Tool under Opacity, then begin plotting out your points, following the edge of your subject (the person). Next, connect the points to make a shape filling out the rest of the image. This will mask off this area, leaving the rest of the image blacked out. Just go back to the Effects Controls and hit “Inverted” under your Mask type. This will black out the area you want to begin the transition with. Then, toggle animation for Mask Path, Feather, Opacity, Expansion. Adjust the effects accordingly.

Next, you’ll hit the button to “Track Selected Mask forward one frame.” This will move your scene one frame forward, allowing you to fill the mask up as the subject moves in your intended direction. Yes, moving one frame at a time may seem tedious, but if you want to stay in Premiere and not working in After Effects, this will get the job done.

Step 4. Move the Second Clip Under

Once you’ve finished each frame, you’ll end up with a blacked-out screen. Now, go back to the beginning and place the playhead just before the points you’ve created. Take the clip or scene you want to transition to and drag it under your original clip at the start of the wipe and watch as the scene transitions. Voila!

What are some of your favorite unique transitions? Let us know in the comments.