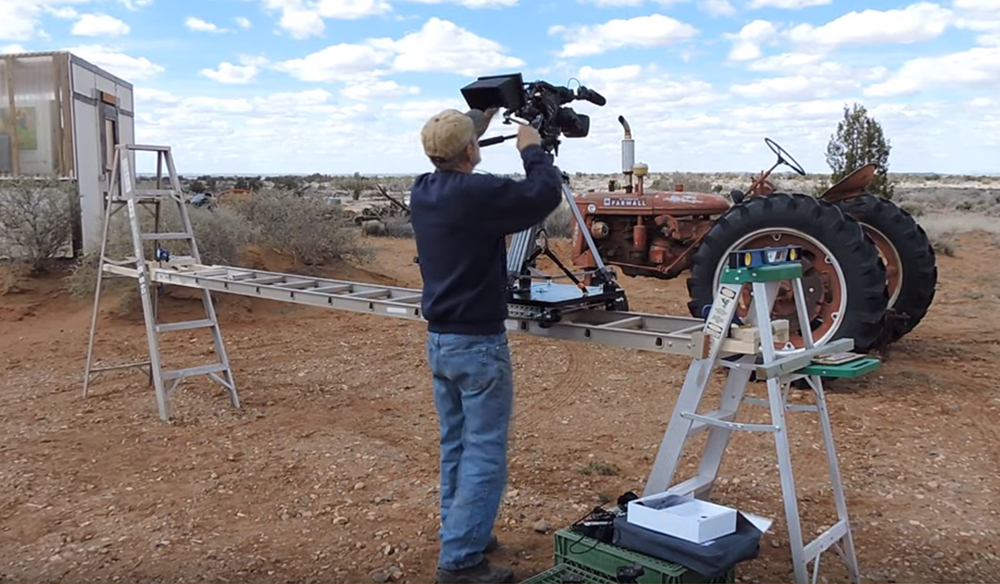 Gear Hack: 3 Creative Ways to Use a Ladder on Set

Step up your video production skills with three camera rigs constructed from ladders.

Some people seem to think that anything that isn’t officially called “film gear” is some sort of DIY approach to filmmaking. Nothing could be further from the truth.

Billion-dollar blockbusters still use simple pieces of equipment like apple boxes. Another often-used tool is the ladder. Ladders aren’t only used for hanging lights or set pieces. Here are three ways a ladder can take your footage to the next level. Last ladder pun, I promise. 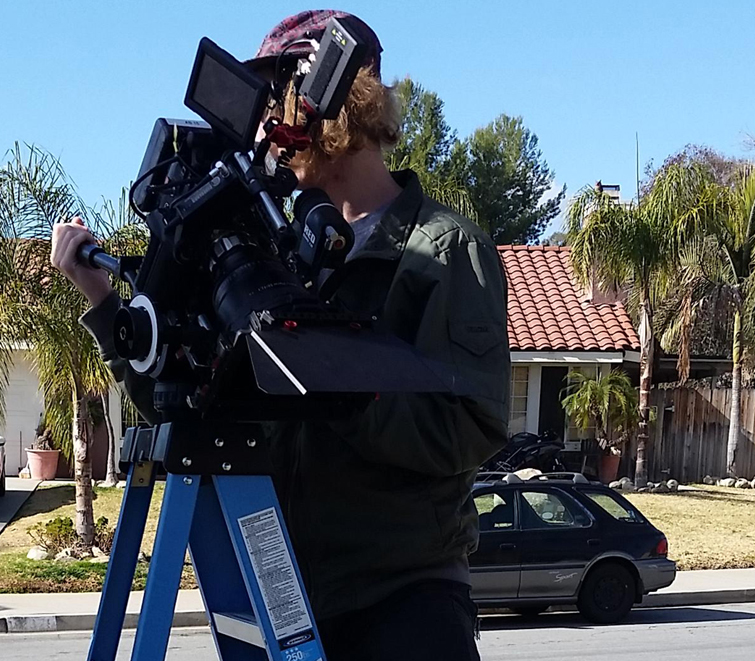 Sometimes a tripod won’t be tall enough for certain shots. One of the most commonly used techniques is turning a ladder into a tripod. (Yes, I know a ladder has four legs and not three.) To pull this off, you’ll want use a stepladder.

The most popular ladders are the Werner stepladders that have a HolsterTop®. Not only can the HolsterTop® store your tools, it’s perfect for mounting a tripod head.

Look for a HolsterTop® ladder with a hole in the middle. This is normally used to hold a hammer, but in this case you will use it to lock the tripod head in place.

Just attach the tripod fluid head to a ball mount and rest the ball mount in the ladder’s HolsterTop® hole. There are other options as well, like using a Ladder Cam mount, but I find the ball mount to be the most practical and easy to set up. 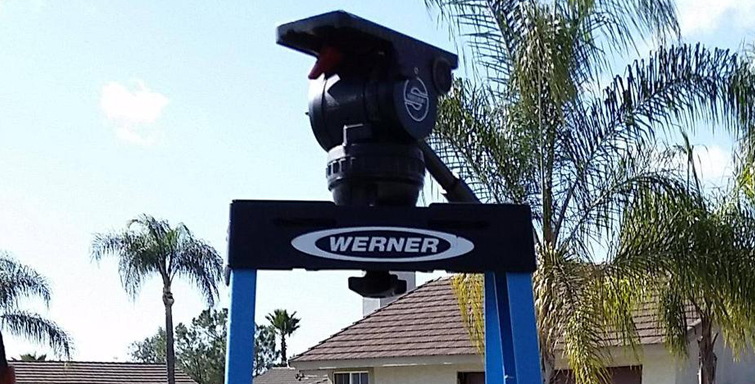 The ladder camera tripod is perfect for capturing high-angle shots. It’s also great for capturing nice wide shots from above. There’s also a much added benefit over raising a tripod — your operator can just stand on the ladder and work the camera.

If you don’t have a slider of your own, or you need a longer dolly track on a tight budget, try using a ladder. For this setup, you’re going to need a straight ladder. An extension ladder could also work, but you can’t extend it — so you’re just adding weight to all your gear.

The actual ladder dolly setup is up to user preference or budget. Some crews make their own sliding platforms using a flat surface, some track wheels or skateboard wheels, and a tripod.

There are also professional systems designed to work with ladders. The Hague D10 featured above is a skater dolly that rolls on any smooth surface. It can even turn and swivel. If you would prefer something that is fixed to the ladder, there are options like the CamTram System from AbelCine.

Finally, you can go ladder crazy by placing your ladder on ladders. Check out this tutorial from George Dean on building your own ladder dolly. George even rigged up a system that allows him to move the platform by using a power drill.

Ladder Platform (Only for Advanced and Crazy Users)

Photographer and Videographer Corey Rich was offered a chance to show off the Nikon D5 when the camera was first released. He decided to follow various extreme athletes, which meant he too would have to go to extremes to capture footage. Now if the above image alone isn’t enough to scare you, let’s take a second to talk safety.  (This is where I’ll put the Do Not Try This At Home disclaimer.)

This setup is something that definitely would not meet the OSHA ladder safety guidelines. However, it is nice to see multiple safety backups in place in case something does go wrong. The ladder is anchored to the rock wall at four points — the two straps inside and the green rope up top and at the bottom foot. It doesn’t look like that ladder is going anywhere, but Corey Rich and his crew were also smart enough to strap Rich to his own safety harness as well.

Image from Nikon WHY via Corey Rich

If you’re going to be using a ladder in any way it wasn’t designed for, you must be aware of all potential risks. Keep every shoot safe.  Corey and his crew took plenty of precautions in their setup — and they were able to capture some fantastic footage.

What other ways do you use ladders on sets? Have any other camera gear hacks? Let us know in the comments below.