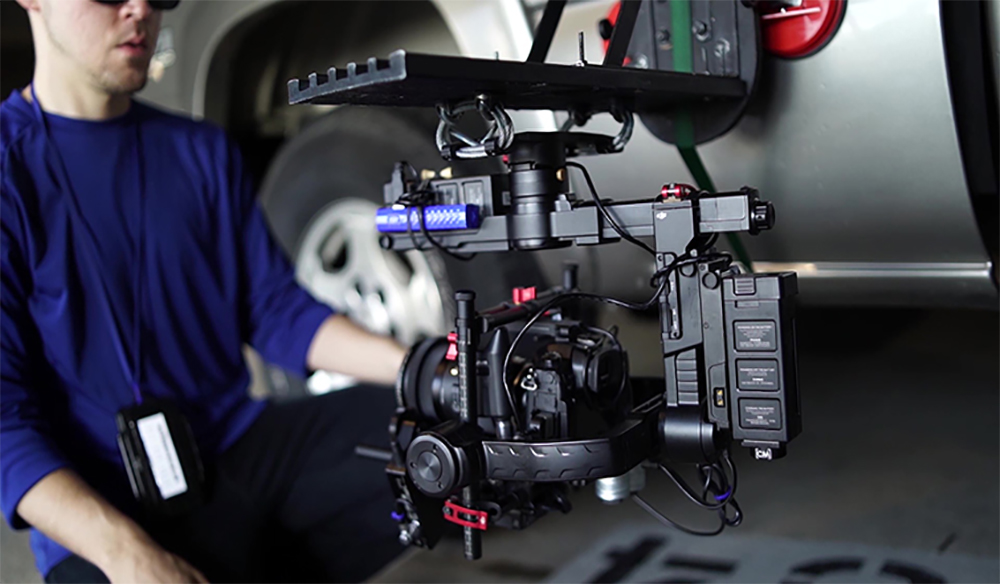 Sure, Russian Arm systems are amazing, and we’d all love to use one, but if you don’t have the budget for one, just build your own car-side camera mount.

So, if the tutorial for my previous car camera rig for the hood, roof, or trunk didn’t send you screaming in fear of smashing your camera package into a million pieces, then have I got a new video for you! In this video tutorial, I cover how you can build a car-side camera mount for $50 that will get you some great low-angle vehicle shots without blowing your entire production budget.

But, first things first. If you want to learn to capture these challenging but impressive angles, you’ve got to run a safe shoot. And there are laws against the obstruction of the driver’s view that include rearview mirrors. So review your local traffic laws, get the proper permits, and do not drive on public roads with heavy traffic using a side-mounted camera rig.

Now then. Let’s get started.

Using reclaimed materials, I was able to create a simple side mount using the build platform from my previous mount. However, while it’s not technically necessary, I purchased two dual dent pullers. This keeps things easier to manage due to the different angles of a car’s exterior molding. Attaching all four points is going to be impossible for most compact cars, but two is still possible with a quad version. You will need a truck, van, or SUV with a large flat surface area with good ground clearance for the chase vehicle. (You may want to find access to such a vehicle before creating a rig specifically like mine.)

I used two large metal shelf supports to brace two boards at a perpendicular angle, but a rigged metal piece doesn’t allow for angle adjustments, hence the flat surface requirement. Perhaps using metal wire, a turnbuckle, and hinges could accommodate angle adjustment — although you’ll get some bouncing if don’t lock everything down with some tow straps. Suction cup failure is always a possibility, and the straps are a wonderful safety measure. Your heart will thank you later. 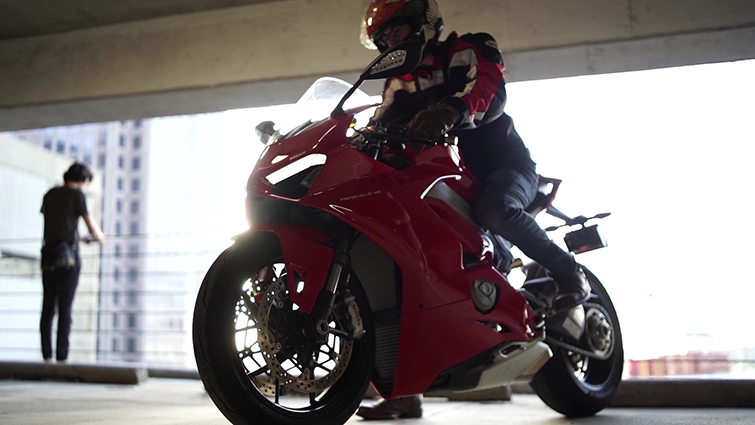 When it comes to testing this kind of rig, I suggest using multi-level parking garages. They are open to the public but don’t have through traffic, and many are nearly empty at the right time of day. Weather is not major factor either, due to the cover. Nearly all of them have lighting of some kind, and most importantly, their traffic is one-way, so there is much less for the driver to worry about. Basically, do everything you can to isolate yourself from other drivers, without obstructing traffic or closing roads — if you have not obtained a permit. Closing a road with a permit usually requires insurance and hiring police officers to direct traffic. But most parking structures have a gate of some kind, so you can use a spotter to inform the rest of the team when other drivers enter the structure. 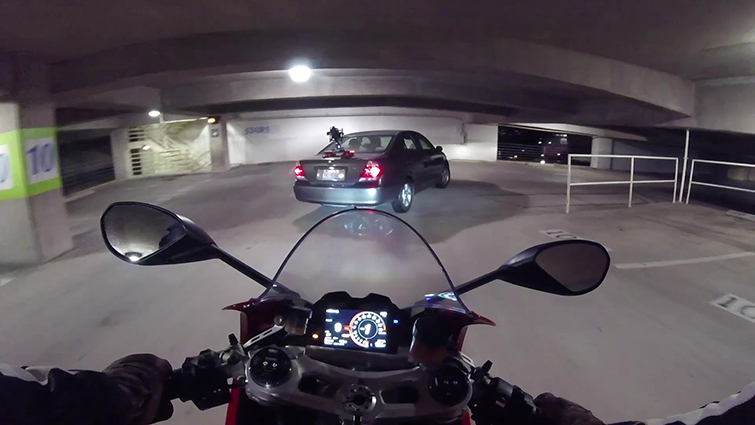 Next was finding a good subject. It needed to complement the sense of speed that this mount creates, as low to the ground as it is. A friend of mine races and builds beautiful motorcycles, so he was the perfect candidate — never ask anyone without professional experience or training to do any stunt work.

I also asked fellow photo/video friends to drive, pull focus, and capture behind-the-scenes footage to finish out the crew. A bit of location-scouting helped me figure out what kind of traffic and lighting to expect. 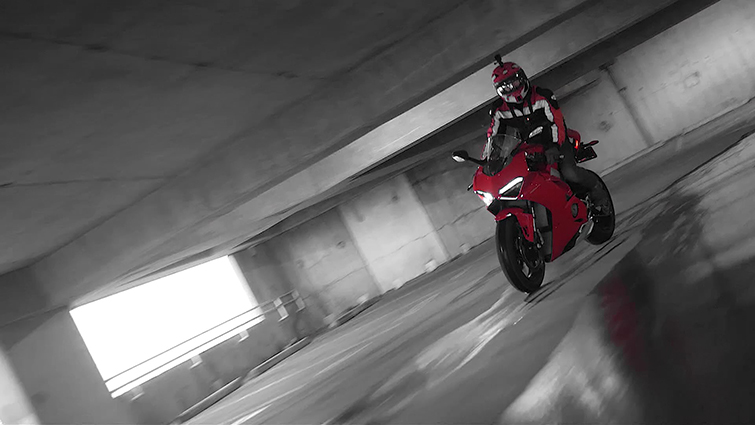 There is some specific equipment that really helps out you’re using a gimbal setup. (The next video I create will feature all the equipment I’ve chosen, with commentary on its usefulness and limitations.) Personally, my equipment budget is very tight, but I’ll save up when I have to in order to get good, durable functionality. Here are the main components:

Once everyone is on set, and the equipment is ready, go over the game plan with your entire crew. Create a route for your scene that everyone can follow, including instructions for returning “back to 1” — or the first position of the scene for crew and actors. And be ready for some disappointment here and there. It is very difficult to keep the camera locked on the subject when making the turns due to g-forces. And speed is difficult to manage. But persistence will pay off, and some things you can fix with some editing tricks. (I sped up almost every shot in my thirty-second spec commercial a great deal, for example.) The rest of the tutorial video is raw footage with no processing.

Good luck building your own rig! 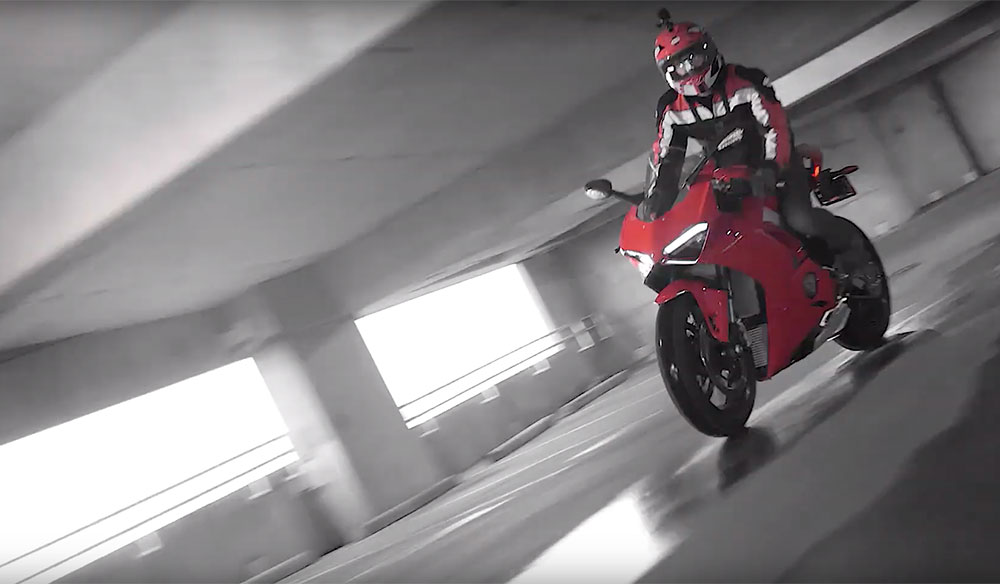 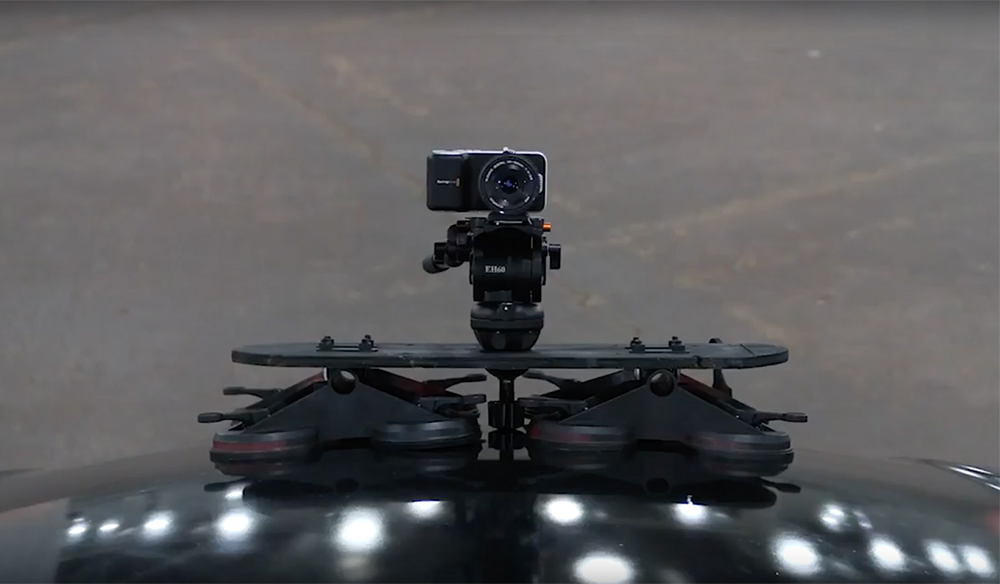