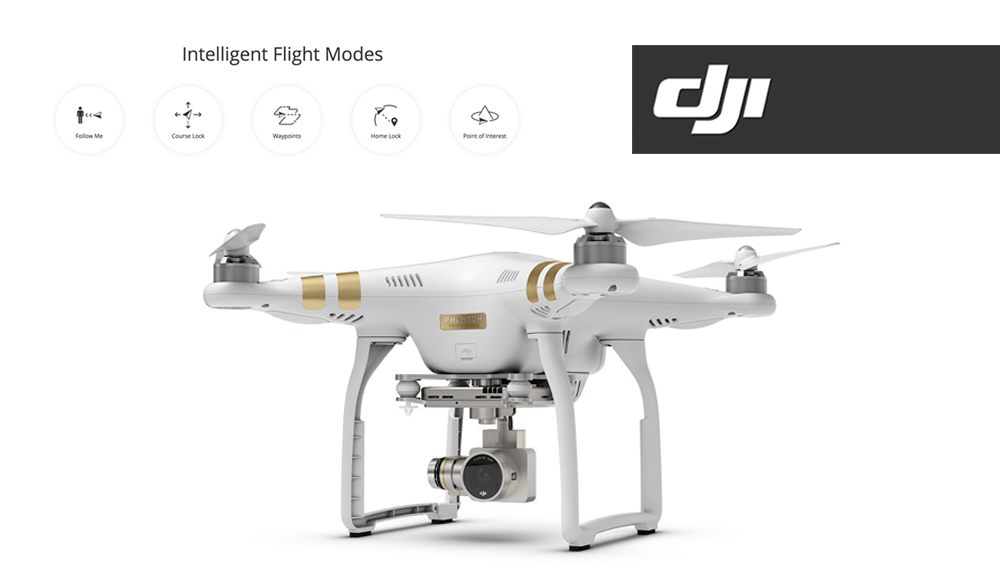 Owners of the DJI Phantom 3 and Inspire 1 now have their own personal assistant. DJI has announced Intelligent Flight Modes, a series of custom flight paths.

Following a new line of Phantom quadcopters and an much improved app, DJI has now introduced Waypoints, Point of Interest, Follow Me, Home Lock, and Course Lock.

In August, DJI released the updated DJI GO app. The app (now available for iOS and Android) introduced many new features and replaced the previous DJI Pilot app. DJI GO created low-resolution files that would save to the pilot’s phone or tablet, allowing instant playback. It also allowed you to quickly post photos and videos online. The app featured enhanced editing tools and also integrates the DJI forum to allow users to easily share tips and find information.

DJI has now announced updates to the app (iOS V2.2.0 and Android V2.1.0) but it’s the firmware updates making all the headlines. Phantom 3 Advanced owners will receive an upgrade that supports 2.7K video recording.

DJI has just introduced Intelligent Flight Modes, a series of flight paths that can easily be set by pilots. These features are available for the Phantom 3 series and Inspire 1.

These aren’t revolutionary updates, as other drones like the 3DR Solo Smart Drone already featured some of these abilities. It is a much needed update to DJI’s line of aerial cameras.

Waypoints allow users to set multiple GPS points, called Waypoints, that the aircraft will automatically fly to. This allows pilots to set a flight path so they can focus on camera control. The Phantom 3 or Inspire 1 will fly along the same path repeatedly, travel at a set speed, and save the pattern for future use.

Pilots wanting to circle a specific building or location can lock onto their target with Point of Interest. The drone will continuously circle until the user captures their shot.

This may be the most anticipated update — though it’s only available for the Phantom 3 series. Set the aircraft to follow you, and it will automatically fly and keep you in the cameras view.

Pilots can set flight controls to relate to their location at all times. With Home Lock you can flick a switch and the control stick will move forwards, backwards, left, and right all in relation to the set home point.

An easy navigation option, Course Lock allows the pilot to set the controls to correspond with the aircraft’s current path. This lets you fly in a set direction while moving alongside objects.

Matt Carlson shared his initial review with us. Here you can see the Intelligent Flight Mode in action with Carlson’s DJI Phantom 3 Professional.

In other DJI news, the company has announced that 742 total exemptions have been issued to companies using DJI products. In January of 2015, the U.S. Federal Aviation Administration (FAA) issued its first Section 333 exemption for a DJI Phantom.

Excited about these updates? Do you use drones in your productions? Are you filing for a Section 333 exemption? Let us know in the comments below.