If you upgrade, will your video editing application work in OS X 10.10 Yosemite? 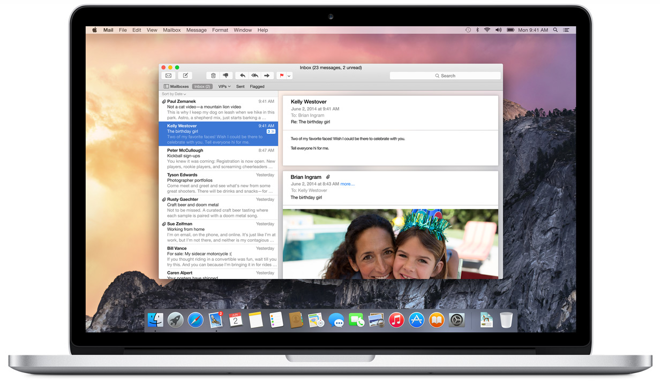 With the release of OS X 10.10 Yosemite on October 17th, the main question a lot of people are asking is “If I upgrade, will my post production software still work?” In this post hopefully you’ll find some clear answers as well as a few tips on how to tweak Yosemite to get it just the way you like it.

Of course, while it can be hard to contain our excitement (ooh something shiny and new!) we all know that upgrading in the middle of a project is generally an idea to be approached with caution – and at least a back up or two at the ready. Is that ‘unbelievable’ new feature really worth risking failing to deliver or worse losing everything, should something go wrong? Probably not.

But if you do want to upgrade to OS X 10.10 Yosemite then you can do so for free and in a few clicks. The Yosemite download is over 5GB so it will take a while but you can simply upgrade it ‘over the top’ of your existing OS. If you want to do a fresh and clean install of Yosemite, like I did when I upgraded my Macbook Pro with an SSD, then this step by step guide from Mashable will talk you through it. If you check out my upgrading SSD post you’ll also get some useful tips that still apply. The gist of the process is that you download the installer, create a mountable USB and install from that. Obviously everything on your system will be deleted by performing a fresh install.

If you are going to upgrade will your software still work? In ‘most’ cases, yes. But there can be a big difference between an application working and an application being supported on that OS by the developer. If you run into trouble with an ‘unsupported’ application you’ll be pretty much on your own.

If you are a Adobe Creative Cloud user you’ll be pleased to know that you don’t need to do a thing to keep working in Premiere Pro CC 2014, Speedgrade CC 2014, After Effects CC 2014 or any of the other applications Adobe has to offer. It will all just work. You can check out Adobe’s official OS X Yosemite compatibility FAQ here if you wish.

“Adobe and Apple have worked closely together to test Adobe Creative Cloud applications for reliability, performance and user experience when installed on Intel based systems running OS X Yosemite (v10.10).”

On the other hand if you are an Avid Media Composer, Pro Tools, ISIS user then you should not upgrade to OS X Yosemite as it is ‘unsupported at this time’. It is interesting to note that Adobe and Apple worked closely together to ensure compatibility, but that doesn’t seem to be the case with Avid. You can read through the official Avid Knowledge Base on OS X Yosemite here.

While Final Cut Pro X had a few problems with OS X Yosemite during the beta phase of development, those problems have now been fixed, according to this thread of FCP.co. We will hopefully see an update to FCPX at some point soon, but in the mean time, Alex Golner has been doing his usual sleuthing around inside the recently updated iMovie, another free upgrade from Apple with the release of Yosemite. Unfortunately he concluded:

It looks like the Final Cut parts of iMovie were created in August. There are no obvious hints about future X features hidden in iMovie. As before, a large proportion of iMovie’s almost 3GB bulk are made of frameworks used in Final Cut Pro X.

I expected most of these applications to work smoothly on OS X Yosemite, but the bigger question was whether Final Cut Pro 7 would work on OSX 10.10? Again thanks to Alex Golner’s pioneering efforts, it appears that it does. This is great news for anyone still editing in FCP7 or needed to work with clients legacy projects in that application.

Lastly, does DaVinci Resolve work in OS X Yosemite? According to Blackmagic Design’s director of DaVinci Software Engineering, so far so good!

@tparish no known issues so far!

How To Customize Yosemite To Your Liking 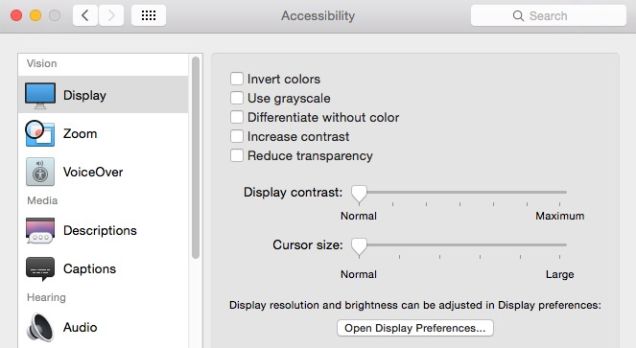 As always, not everyone loves the constant change that comes with updating your operating system – it can be disconcerting to see something you stare at every day suddenly look and behave quite differently.  In this useful LifeHacker post you can learn how to make the jump to OS X Yosemite a little bit less annoying by learning how to change things like the level of transparency, bringing back the iTunes sidebar, turning off phone calls to your mac and may other tweaks. It is well worth reading the comments on the post too as they provide a few more tips and tricks – especially to do with iTunes.