Edit Fest is a rare opportunity to hear directly from some of the top editors working in film and television today. If you couldn’t make it to Los Angeles, London or New York Edit Fest in person this year, here are some pearls of wisdom you might otherwise have missed. A huge thanks must go out to editors Monica Daniels and Jamie Cobb for their live tweets – a great way to serve the global post production community! 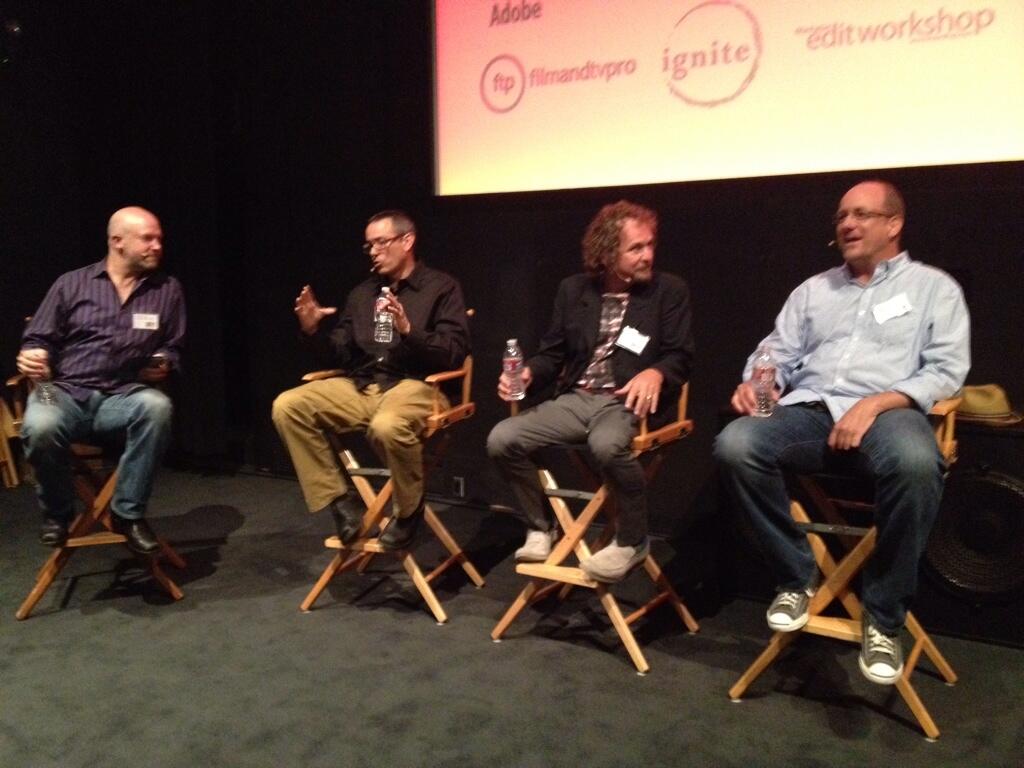 In the first session of the day; “For The Love of Story” – ACE veteran editor Steven Lovejoy shared his thoughts on the importance of storytelling skills over technical wizardry, here are the best nuggets of editing wisdom fresh from Twitter.

The tool is only as good as the person behind it. S. Lovejoy #editfest

What is the heart & soul of the scene, what is the story, & how do I make it interesting? Lovejoy #editfest

Gotta make it play. Make it feel important even when the important content of the scene is done. Finesse it. Lovejoy #editfest

Can get away with murder if the rhythms are right. Lovejoy #editfest

There is no difference in cutting comedy vs drama, it’s all timing – Stephen Lovejoy #editfest

Editors are in a service position, do your best to tell the story the director wants to tell – Stephen Lovejoy #editfest

Best line to say “May I offer a suggestion?” – Stephen Lovejoy #editfest

Machines and editors are viewed as one thing now. Unintended consequence of digital – Stephen Lovejoy #editfest

These tweets are just a small selection of the great quotes of editor wisdom that came out of the day. You should definitely rummage through these two editor’s Twitter feeds for many more gems. 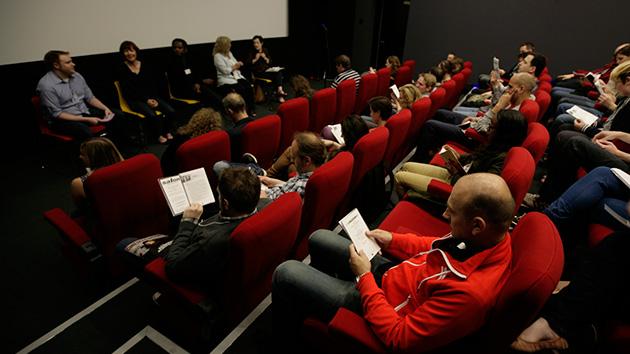 As a London based editor I was delighted to be able to attend the first Edit Fest day in London and it was a real treat! I wrote up 10 valuable lessons I took away from the day, including the simple importance of showing up. Although twitter is great (I’ll soak up some live tweets any day) nothing compares to being there in person to ask questions, meet people and enjoy a great day celebrating the craft of what we do.

If you’ve not seen my write up from Edit Fest London you can check it out here.

“The most important talent to develop in the cutting room is diplomacy. Never hold anyone’s idea up to ridicule. Try anything and be ready to fight for what you think is right.” -Tom Rolf A.C.E.

If there is one lesson which is absolutely vital for any editor to learn it is that being diplomatic is crucial to developing a healthy career. The edit suite is not only just the place where films are made, but also the arena of a great deal of personal politics, passions and opinions. All of which needs to be handled with a deftness and a strength that is often a real challenge to get right.

As Tom Rolf sums up, being open to any idea is important not just on a personal level but for the benefit of the project. It’s all to easy to defend your edit decisions by saying ”I tried that and it didn’t work” than to cheerfully give it another go anyway. Equally it is important to be able to engage in a respectful level of argument when you really believe in a creative call. As Tom later said “It’s alright to get a little blood on the cutting room floor.”

To give you a more tangible taster of what its like to be in the room with some of these great editors here is a round up of some videos from a previous Edit Fest New York day. The first video is from the opening night panel, then the features panel, then comedy and finally the documentary panel discussion. Proof that learning from experienced editors is essential for furthering your craft.