More scenes from the editing bay! Check out these video editing timelines for a close up look at the post-production process. 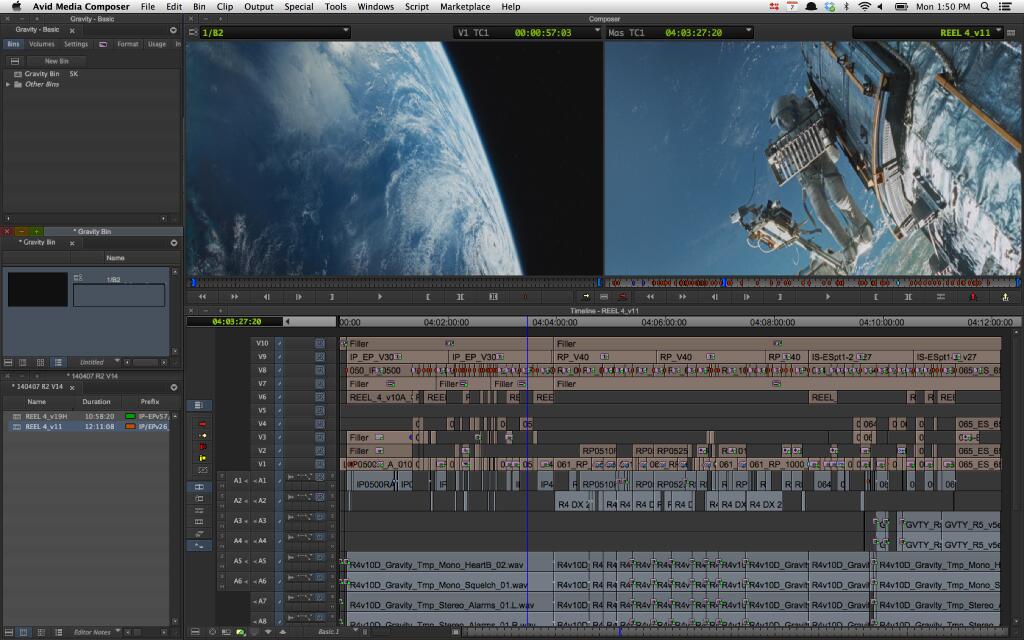 Day 2 in editing room on In the Heart of the Sea. Another fascinating post prod challenge akin to Rush or Apollo 13 pic.twitter.com/f4yXRsQdk2

If you want to learn more about what film editors actually do then check out this round up of insights over on my blog. Plus if you’re after some technical details and a look inside some professional edit suites check out this post featuring photos from inside Ron Howard’s cutting room for his latest feature film, In The Heart Of The Sea.

What’s interesting about this first image, again from Ron Howard’s editing room, is that the subsequent Twitter conversation points out that they seem to be editing on a pre-version 6 copy of Media Composer. Apparently stability is more important than the latest bells and whistles.

In this next tweet, documentary editor Steve Audette reveals the timelime for part 2 of the PBS and Frontline documentary Secrets of the State which you can check out here. For a full rundown of the gear in his suite, check out this post. 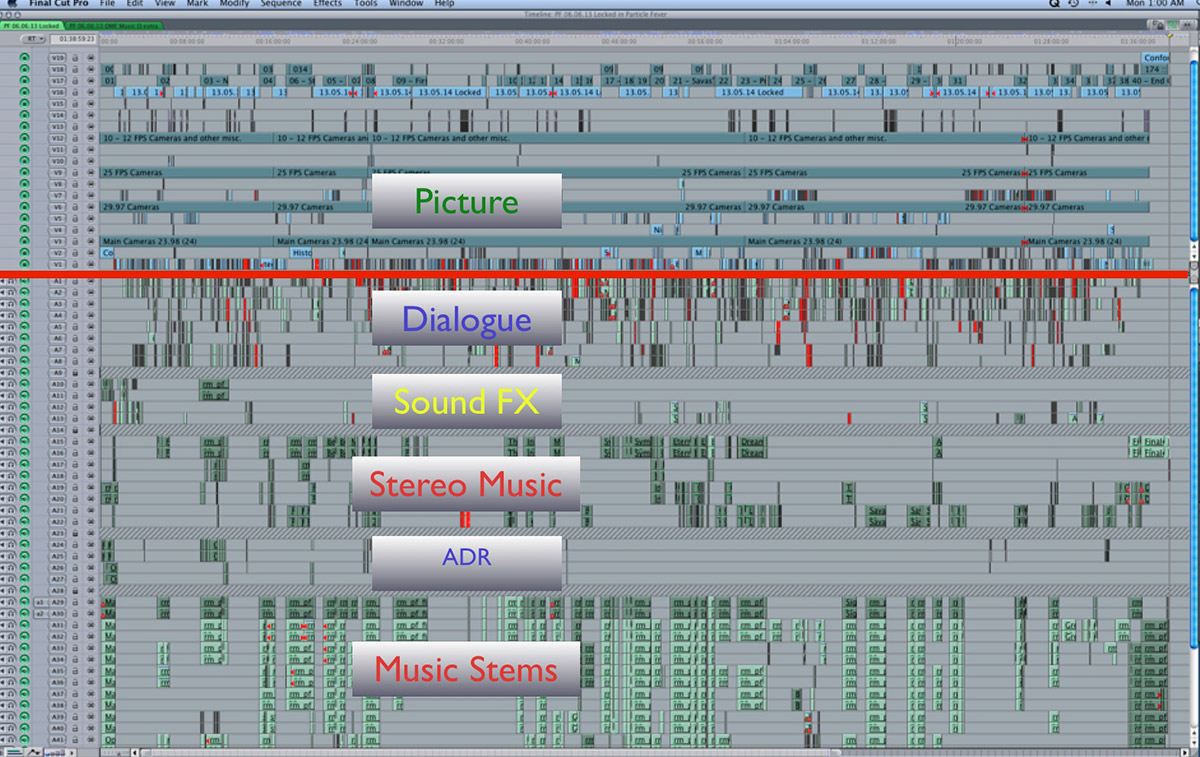 This image comes from editor Walter Murch’s FCP7 timeline for the feature documentary Particle Fever. You can find an in-depth write up on Walter’s process and thoughts on how to handle an ever changing storyline, over on Digital Films. This next timeline is a helpful look into structuring a feature film – scene by scene.

The beginning of the first assembly for feature, with scene numbers added above for convenience #timelinetuesday pic.twitter.com/L8h719ISRz
— Paul Forte (@PaulForte) May 6, 2014

Some timelines are just a bit overwhelming…

The FCP 7 sequence I inherited for my next potential clean-up job. I’ve never seen anything like this. EVER. pic.twitter.com/TiPoaNwaKI — Zack Arnold (@BurnedEditor) September 26, 2013

On the other hand you can learn quite a bit from editor’s who share the progress of their timeline construction from start to finish, which is exactly what editor Dan Wolfmeyer has done in these four tweets.

Restrung. Now I just need to fill in all those empty spots & do the same for the other 5 acts! 😀 #timelinesautrday pic.twitter.com/uyRZ1jvfmx — Dan Wolfmeyer (@dwolfmeyer) April 27, 2014

This is where I’m at now, in case anyone saw the empty TL on Saturday. Cutting act one. Shane has 2. #timelinetuesday pic.twitter.com/JZIUswI48m — Dan Wolfmeyer (@dwolfmeyer) April 29, 2014

A lot of editors like to colour code the tracks of their timelines to keep things organised and on track (pardon the pun). In these two tweets editor Shane Ross shares how he does it.

A finished Act 4 for an episode of A Haunting. #TimelineTuesday pic.twitter.com/G8OuKWDoVy

@twainrichardson activate/highlight the track you want. Click on the Fast Menu bottom left of timeline. And…. (Pic) pic.twitter.com/TrOKhFlp5s

And sometimes timelines are simply short and sweet…

A little #TimelineTuesday action, editing the @Suns Top 10 Dunks of the Year. pic.twitter.com/RWPA9j3hrY