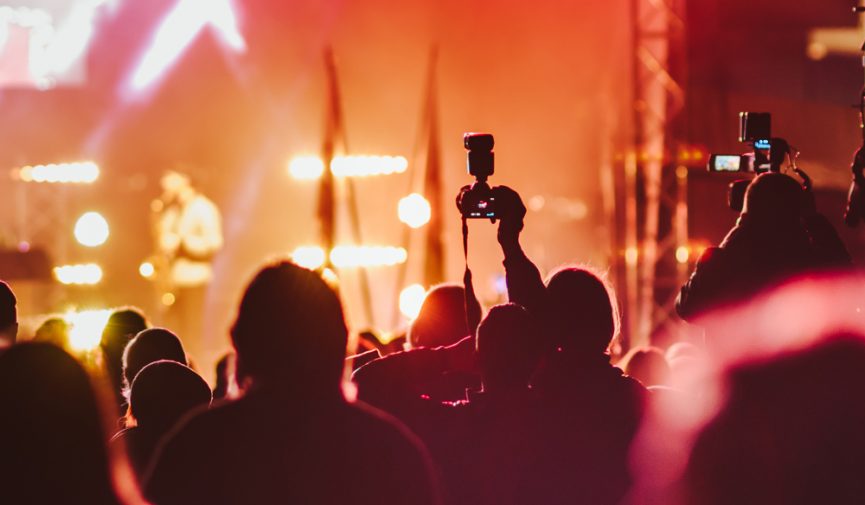 Add Energy To Your Performance Video with These Effects

High-quality performance videos are no longer epic productions. All you need is a camera and the internet.

One could argue that music videos, more than any other genre of filmmaking, have changed the most thanks to YouTube and the DSLR revolution. At one point in history, music videos were only for the best singles from a given album, and most were incredibly lavish productions. That’s not to say there were no low-budget music videos, as videotape made that possible in the ’80s and ’90s, but still, if your video wasn’t shot on film, you just weren’t that big of a deal.

Today, though, and all you need is a working DSLR and a YouTube account to make and promote a music video. Music videos of artists performing in a room to a single camera get millions of views. While these videos certainly aren’t as epic as Slash playing a solo in the middle of a desert under a circling helicopter, they still promote the music very well.

Take a look at this music video for Tove Lo’s “Habits (Stay High).” The entire video was shot using a SnorriCam (see how to use one here) and presumably lit with an LED ring light.

The video follows a woman repeatedly getting drunk to numb the pain of a previous relationship. It’s simple, and it’s effective. The payoff has been explosive: 500,000,000 views. Half a billion! My point is that I truly believe that the days of extravagant music videos to promote a song are gone. Music videos themselves are still incredibly important, as you can read in this article on Medium by Sarah Boardman. However, performance videos and videos that just follow a musician while they walk around have become just as effective at drawing in viewers.

The following video from Lissie, a favorite artist of mine, just follows her throughout her hometown while she performs.

Lissie had the following to say about the video:

I wanted to shoot the video at home because that’s where my earliest memories of heartache come from … I wanted someone so bad who didn’t want me back and that experience kind of shaped my approach to relationships for years to come. The song is a cautionary tale to avoid those kinds of heartbreakers so it felt right to go home and revisit that time.

There’s no story element to it, and there are no dramatic effects — it’s just Lissie performing. We could very well assume that this was also shot with a skeleton crew since these life performance videos are easy to shoot. Nonetheless, I can understand how you may want to do more than simply record a performer singing on the side of a road. We are creatives after all, and if a lot of artists are now doing this type of performance video, you’re going to want to stand out somehow.

So let’s take a look at several ingenious tutorials you can use to digitally spice up your music video.

While cartoon-like drawings and sketches appearing over footage isn’t anything new, thin, white sketch lines animating over music videos and ads have become increasingly popular within the last five years, primarily in Hip-Hop and pop videos.

These animated sketches can add a lot of kinetic energy to what otherwise might be a very plain shot. In the following tutorial by Olufemii, he breaks down the basics of how to achieve this effect. Be forewarned: it is a long process. If you’d like to speed up this task, I would recommend acquiring a digital illustrator tablet. It doesn’t have to be an expensive tablet, but something like the Wacom Bamboo will speed up the task dramatically.

If you haven’t watched the following music video featuring Jay-Z and Kanye West, do so now (warning for photosensitive epilepsy and explicit language).

I’m sure you can agree it is one of the most multifaceted live performance music videos ever edited, with mirror imaging, a kaleidoscope effect, reverse imaging, snap zooms, superimposed imagery, and more. Whether you like the video or not, it certainly is unique.

A kaleidoscope effect will definitely add some flare to your music video if you are just filming an artist performing on stage. To see how this is done, check out the tutorial below from Eva Landry.

I’m not sure if the surge in popularity of VHS apps, layers, and plug-ins is a testament to technology, or if I should be scared since the medium of my childhood is now a vintage relic. VHS, 16mm film, and 8mm film looks have become commonplace on YouTube. In 2005, filmmakers searched for ways to make DV tape footage appear cinematic; in 2017 people search for ways to make their lovely, crisp footage look old.

When you have a performance piece, or a shot of your musician walking from A to B, inserting a few quick seconds of the artist doing something different can add texture. Take the example below from Lissie’s “Shameless.” The 16mm film look first appears at 00:12, then it appears throughout the video every so often to break up the crisp HD footage.

There are a handful of articles on this topic (here is one from PremiumBeat), and YouTube has hundreds of different tutorials to make your footage look like it was shot in 1995 or 1905.

Finally, a bonus video from yours truly.

I was hired by a friend to film their band’s first video. The initial problem was that, after my fee, they only had £300/$370 budget (they had only just started gigging). My problem was that I had a RED ONE MX, and I did not have the correct equipment to make it mobile. Therefore, moving the camera was not an option — nor was hiring any rigging (see this article for how buying this cinematic camera at the time wasn’t a great financial choice). Therefore, we rented out a studio space and bought a black muslin backdrop. If we couldn’t move the camera, we would move the performers in Z space in post production. In the following tutorial, I offer a quick method for making an infinite black background.

Performance videos and music videos give filmmakers a great opportunity to experiment with form, approach, and content. Learning how to add some flair to footage in a medium that encourages it can help you later if you’re working in one that does not.

Do you have any suggestions for giving a performance video that extra kick? Let us know in the comments.