The long awaited Extension Release for Autodesk Smoke is here. Check out my breakdown of some of the new features and what they mean for you.

The Extension Release is the biggest update that Smoke 2013 has debuted to date. Not only are there numerous bug and stability fixes, but there are new features and workflow improvements as well.

Autodesk defines this release as an Extension for Smoke 2013. This gets kind of confusing since we have already had 2 service packs released. Smoke 2013 SP1 & SP2 were just bug & stability fixes. The reason that this release isn’t Service Pack 3 is that it also contains new features, which I will detail in a bit.    UPDATE: As of June 19th, 2013 you can download the Extension 1 Release as a 30 Day trial even if you have downloaded a previous trial or pre-release. This is a big move for Autodesk and I think they made the right decision to open up these new features so that everyone can see the full potential that Smoke has to offer. It is also available for the 36 month Student License. 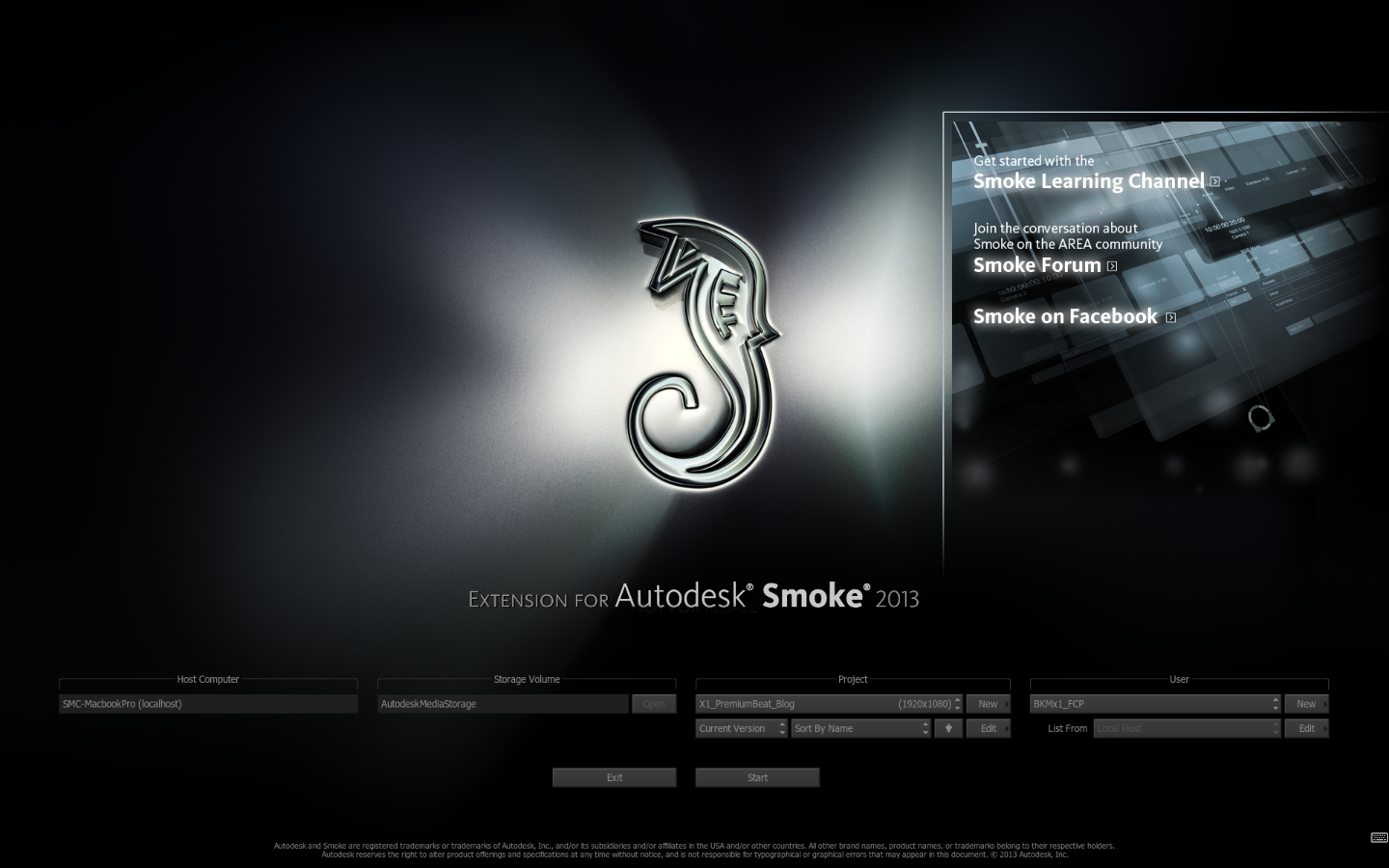 New support for Blackmagic DeckLink (PCIe), UltraStudio (Thunderbolt) and Intensity series video IO devices. Depending on the features of your device you should expect SDI Capture, SDI Playout, and SDI / HDMI Preview.  Now Smoke can work with most of the major hardware I/O and monitoring.  For Resolve fans, you can now have your cake and eat it too.

One of the features asked for by users was a Smoke Trim View for better editorial. This was something that was always in the works, and is now rolled out in this release.  In previous versions of Smoke 2013 your trimming selections were segment based. Now the Extension Release, has changed this to transition based selections.  So now you are selecting the left side, right side or both sides of a transition/cut points for trimming.

There is a specific Trim Mode that you can now select. This is now different from the old Select Mode, which still exists, but now will just select and not activate trim behaviors.  As a general rule, I tend to always remain in Trim Mode while editing.  This will mimic the original Smoke 2013 behavior.

To access the Trim-View there is a new viewer pop-up.  You can also access this view anytime you select a transition.  If you are slipping/sliding and double-click, the Trim-View will automatically open.

When you are done trimming and click on anything else in your timeline or a new source, the Trim-View closes. If you don’t double-click your trim selection you can continue to trim without the Trim-View, just like before the extension.

When you are in the Trim-View, there are many options for trimming. See the image for details (click for larger image). 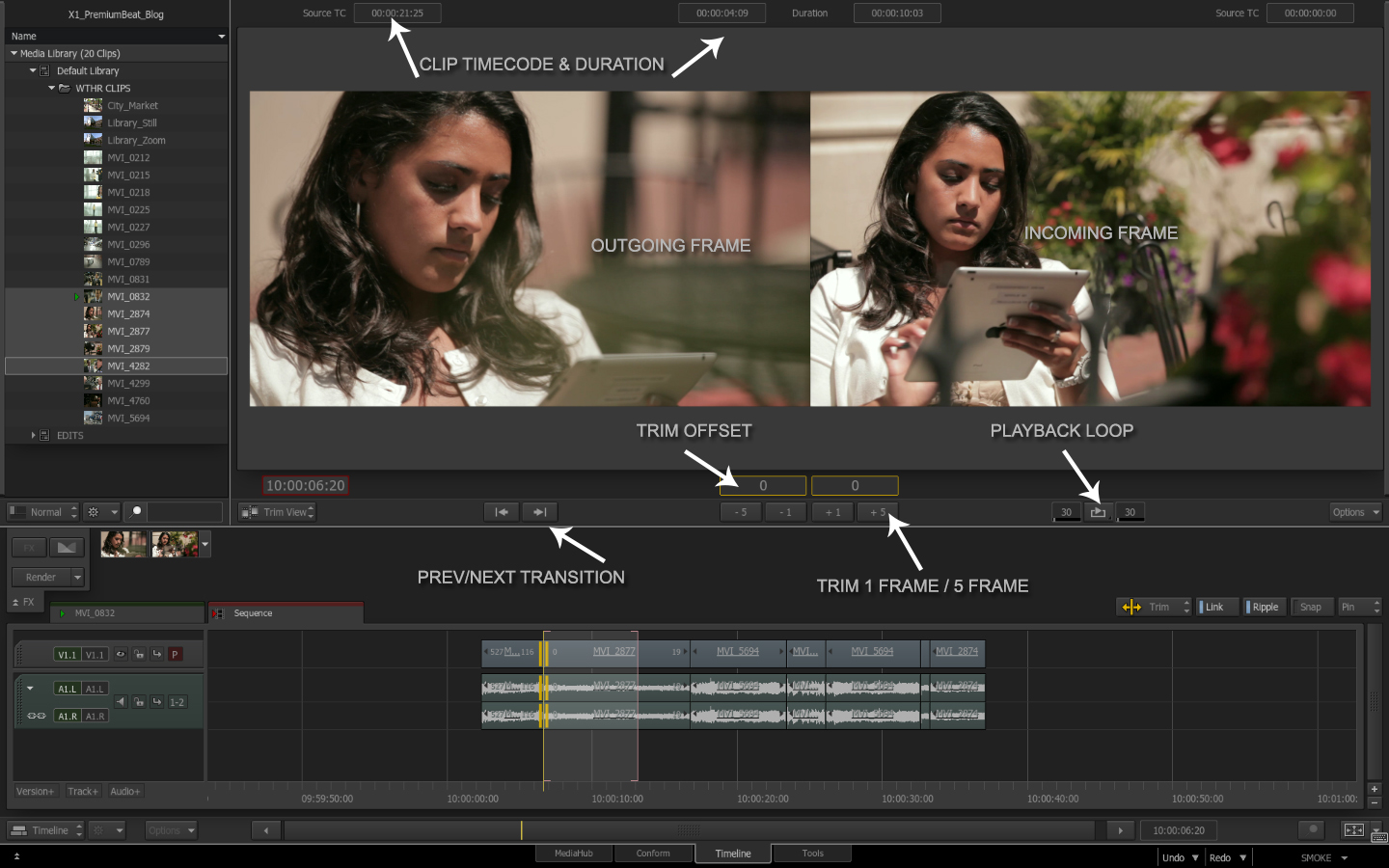 You can even use J, K and L shortcuts in Trim-View to adjust your clips dynamically.

There are also improved keyboard trimming functions and the number of hotkeys have been reduced since the trimming operations are selection based.  For example, you had multiple hotkeys to “nudge 1 frame forward/backwards” depending on if you were slipping/sliding or trimming. Now you have 1 hotkey to nudge forward 1 frame (.) and nudge backwards 1 frame (,) and they work for all modes.

One of the biggest issues for editors and new users in adopting Smoke 2013 was that the information feedback that the software gave you was horrendous. Most of the time you don’t know what was happening under the hood. So in the case of clip caching, you didn’t know there was a problem unless you dug deep into a sub tab in MediaHub. Not very helpful. 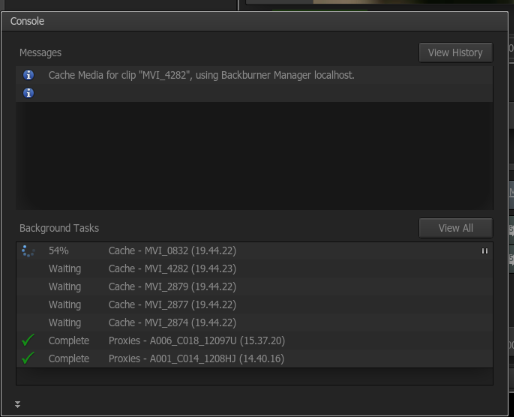 But now, The Smoke Extension Release brings this much needed feedback to the editor in a simple display that you can hide or expand as needed. Even when it’s hidden there is always one line of feedback being displayed when things are happening in the background.

Now you can keep track of caching, proxy creation, and export quickly and easily. You also can now see a percentage progress counter so you know how much time any given process has left.  It’s a very simple addition and one you will come to rely on in every session.

Many users wanted the render bar to be more obvious, which it now is. 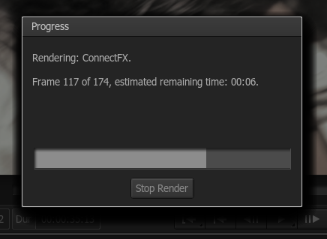 The MediaHub browsing has been greatly improved. It is now easier to navigate large file systems, as the indexing clip and building of thumbnails is remarkably quicker.  The functionality remains the same, but the performance received a substantial upgrade. 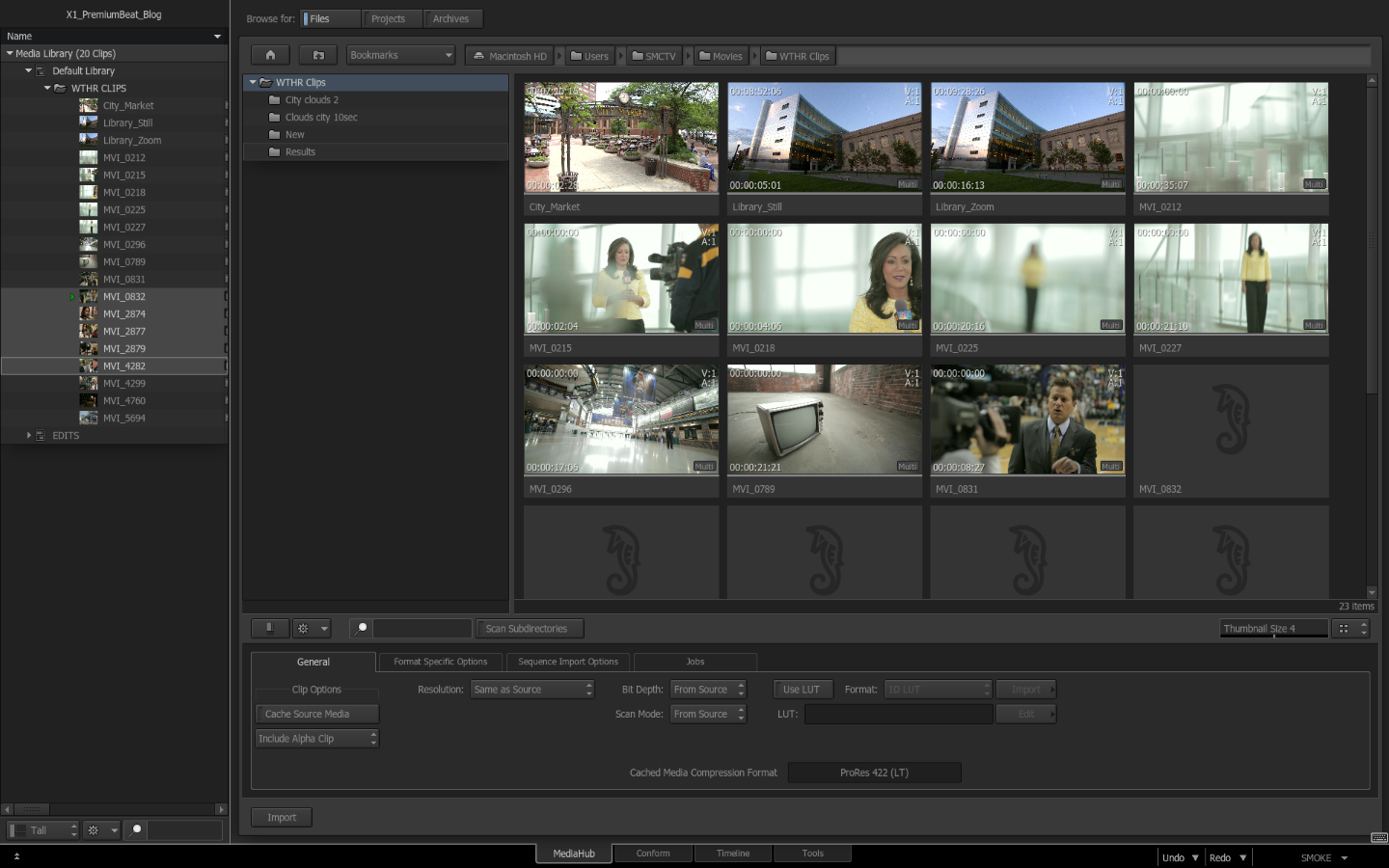 In some cases where it took minutes to display files, now takes seconds. Clips are displayed progressively so you can interact before the entire list is complete. This enables you to preview and import right away. You can also resize the thumbnails between 7 different sizes. As mundane as file importing is… the new MediaHub speed makes it far less of a chore.

There are even more additional improvements to the Color Management features in Smoke, as well as 100’s of bug fixes…and even a few more little things not mentioned here. I think you will be quite happy with the workflow improvements and stability of the Extension Release.

It will be available for download on May 29th, 2013.  It is a separate install so you can have v2013 SP2 and Extension install at the same time. Projects are not compatible, per se, but there is an option to convert old projects to the Extension Release right on the splash screen.  You will also have to create new users as many hotkeys and functions have changed.