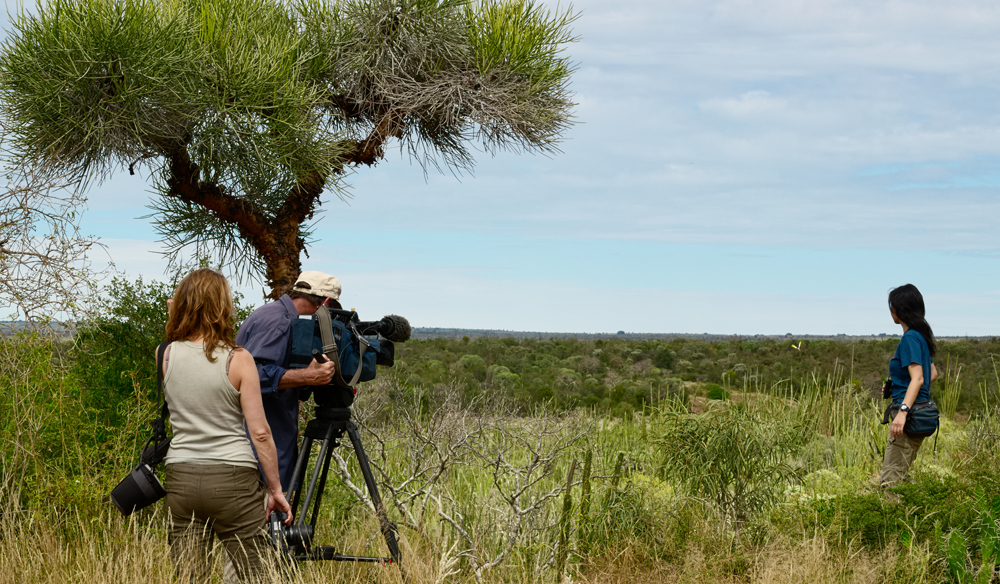 Location Scouting Tips: The Whys and Hows of Where

Aside from just finding a place that looks cool, here are some practical concerns you should consider when location scouting.

All images via Shutterstock

There tends to be a weird philosophy that location scouting always concerns finding an exotic oasis for your film. Those projects are pretty few and far between. Many locations scouts are just looking for cool office spaces, lobbies, coffee shops, restaurants, and downtown areas that will be pleasing to look at on screen.

There’s a reason so many shows use the same locations, like the Quality Cafe, or former famous locations like the 6th Street Viaduct and the recently burned-down Sable Ranch. Those places offer the look the production needs, while also providing all the practical amenities the crew requires.

There is one thing you need on every single shoot: Power. You literally can’t operate a camera without a battery. If you are planning on being on location for quite some time, you will want plenty of batteries or a way to charge back up. Be sure to check for access to power — and even if there are a few outlets, that doesn’t necessarily mean you will have enough juice. Take into account everything that needs power, from big things like lights and monitors, down to little things like your cell phone.

One of the next biggest concerns is transportation. From large scale shoots in the wilderness with a transportation bus, down to small shoots where each crew member has to park their own car downtown, you need to find somewhere for everyone to park. Does the location have its own lot, or will you have to use a nearby parking garage? If a parking garage — is it free? If not, what is the rate? You may have to preplan out a guest list or ticket system for the crew, or, worse, break the news that they’ll have to pay (though you really should reimburse them).

You also need to provide basic necessities like food and water. So when you’re taking account of where to park vehicles, know that all the gear and supplies must make the trek to the location.

Also, after eating and drinking — you and your crew are going to need somewhere to go when it’s time to go. There are plenty of horror stories out there about crew members not having access to a bathroom. There are even comical oversights, like Waterworld’s set in the middle of nowhere without a bathroom anywhere closer than a boat ride away.

But nobody had provided bathrooms on the boats used by the crew or on the set, a 1,000-ton atoll made of steel that is supposed to serve as home for Mr. Costner and the other good guys. So when nature called, the actors and crew had to flag down a boat to take them to a barge near shore that was equipped with portable toilets. — Wall Street Journal

When talking about on-location hazards, sure, it can mean shooting near a nuclear test site like a John Wayne picture. Realistically, your hazards will be more mundane — but you’ve got to take them seriously. Are there tricky steps in the building? Is there poison ivy nearby? Will there be a clear path to the fire escape with all the cast, crew, and gear inside?

There are also small annoyances to take into account. How close is the location to the airport? Will you have to stop shooting every time a plane flies over? You will also want to consider the average weather and temperature for a location based on the time you are shooting. Is there a good chance for non-stop rain? Can you expect to see lots of snow?

Once you think you have a location in mind, you’ll want to know all the specifics of that spot. Remember, this is location scouting, so literally scout and survey the area. What direction is the location facing? Which direction will the cameras face? Make note of the cardinal directions. How much total space is there? If you are shooting in a small coffee shop, make sure you have enough room for the actors, set pieces, camera, and crew. Know the length, width, and height of the area.

Take note of the overall existing lighting. Are there any windows or sunroofs that allow natural light? What is the color temperature and output of the existing lighting? Is it a dimly lit blue location, or are there plenty of bright tungsten lights? See if there is room for your own lights. Remember to check the power again. Know the number of outlets and total amps, as well as the location of the breaker box. If there is no power, determine where a power generator would have to go, and make sure to calculate how long cables need to be from the set to the generator.

Finally, take a look at the physical state of the building. If you’re shooting in an abandoned warehouse, is the location safe enough to be in? Look for any cracks in the floor, or uneven ground. This may require some apple boxes to level out camera equipment, or if you are running a dolly track – well, good luck evening that out.

Check for Permissions and Conflicting Events

If you’re shooting guerrilla-style, then odds are you are skipping this step. However, it’s something you should really consider. Let’s say you want to shoot a scene in a public park. If there are plenty of pedestrians or random people just out and about, you need to either get a model release signed by everyone there, or you need to post proper signage mentioning that you are filming in the area. Working with a city to clear permission will make things easier on the day of the shoot.

You can also verify that the city doesn’t have any scheduled events on or around the day of your shoot. You may plan to shoot a nice quiet park conversation, only to find out the local food truck and music festival has taken over the location. You probably don’t want to shoot right after an event like that either, because odds are there still might be plenty of trash, an empty stage, and remnants of what was once grass all throughout the park.

Find these tips helpful? Have any other advice to share? Let us know in the comments below.