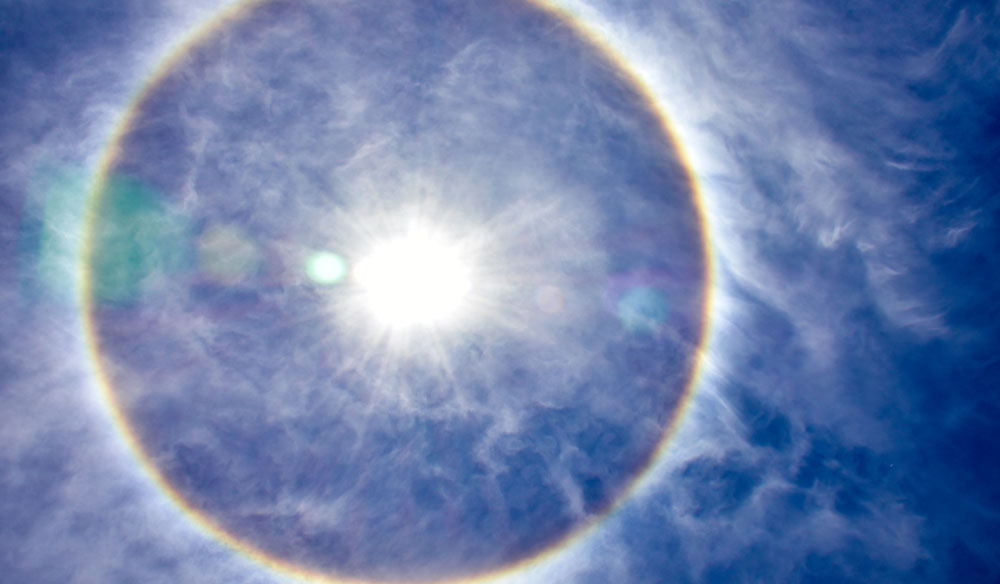 Here’s some advice on how to use natural light when shooting various exterior (and interior) scenes either low- or no-budget.

In the book Cinematography: Theory and Practice by Blain Brown, on the topic of filming in direct sunlight, Brown states the following:

If you are dealing with direct sun . . . controlling it can require constant attention and adjustment. When dealing with actors in direct sun, you have several choices: diffusion of the harsh sun, filling and balancing the shadows, finding a better angle or shot, or moving the location to the shade.

And, this is pretty much the consensus for any form of shooting under the midday sun:

And the list of advice goes on. However, unless you have grip tools available (which, if you’re a low- or no-budget filmmaker, you likely won’t), you’re not going to be able to block the sunlight with a flag — or the very least, diffuse the sunlight. As a result, when filming in the midday sun, you’ll get results like this. 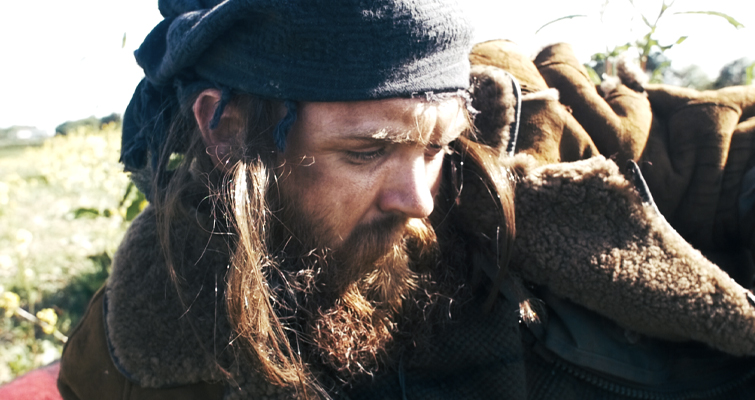 Bright, heavy contrast, lacking detail — quite simply not aesthetically pleasing. Likewise, depending on the dynamic range of your camera and how brightly exposed your subject, you may lose some details in the background highlights if the sky is in the shot.

The word that gets thrown around a lot, when talking about filming under the midday sun, is harsh. The sun, although illuminating half the planet, is a small, single-point light source that creates hard light (you can read all about hard and soft light here), which is prone to creating contrast in images — referred to as harsh contrast.

However, just because you don’t have the correct grip equipment to diffuse harsh daylight, that doesn’t mean you need to get up early in the morning to capture first light, or wait until golden hour to get all your shots. While I’m not about to suggest ditching all diffusion material to film at noon, because it generally isn’t that great, there are a few scenarios wherein you may think “Hey, perhaps we can get that shot at noon.”

While filming dialogue scenes under the midday sun still isn’t preferable, the shadows produced by the sunlight open a variety of exciting shot compositions that you wouldn’t find at any other time of day. In the morning and evening, shadows are long and feathered. Midday — crisp and sharp. Since the shadows will be so defined, they can add new shapes and textures to a location that won’t be there later in the day. 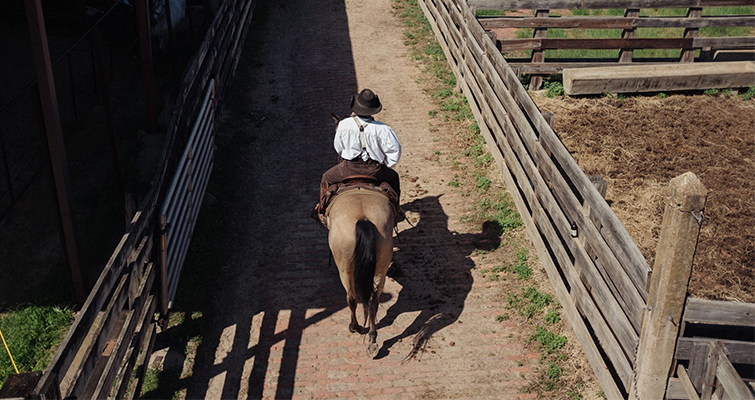 While harsh shadows aren’t ideal for all story scenarios, in the right setting, they can create mood and character.

And while we’re primarily concentrating here on filming outdoors, there are many interior locations filled with new shapes at midday like this — especially train stations and libraries with open-tops or glass roof designs.

It’s almost a rite of passage to, at some point, place a light behind a set of blinds, or position a cucoloris in front of the light to create a cut pattern of light. 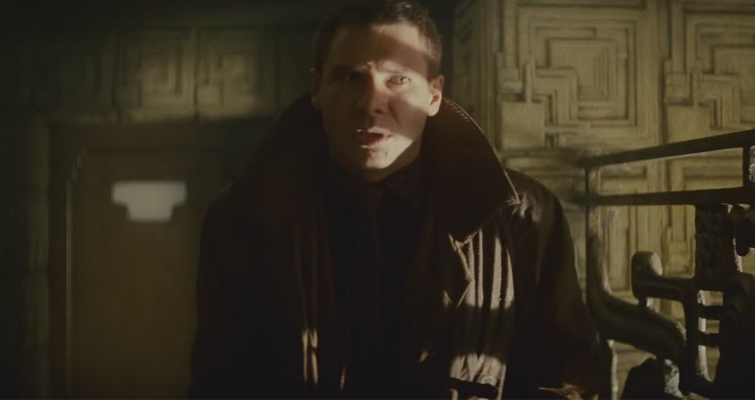 It can be beautiful — reminiscent of Renaissance art. While you won’t have control over the size or steadiness of the shadows (in the midday sun), filming under foliage offers a similar result. The leaves, to some extent, will flag the sunlight from beating down too hard onto the talent, and the light that does break through the foliage will paint light spots across the actor. 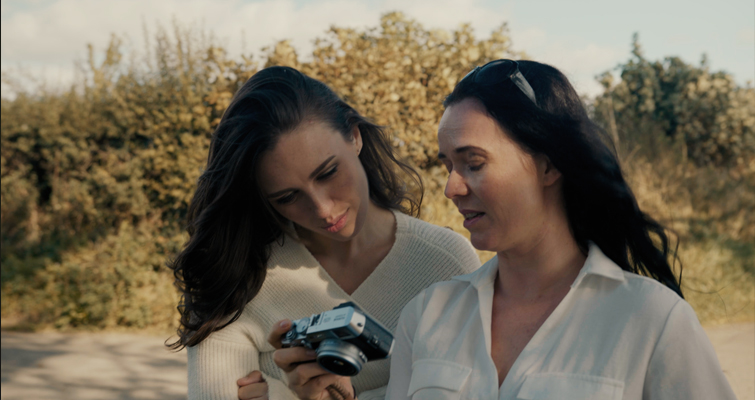 This isn’t going to be useful for every scene or circumstance; however, for some scenes, it may add a beautiful aesthetic. As a technical tip, you’d want to expose the bright parts of the face as to not leave the actors with hot spots.

As the sun will be belting down onto open meadows and sandy beaches, in tightly packed city streets, country lanes, and alleys, the sun will likely be behind skyscrapers, hedgerows, and rural walls, throwing certain areas of these locations into shadow. On an overcast day or later in the evening, these locations may fall flat — in terms of available lighting. But, on a sunny day, despite being in the shade, the ambient light will fill the location beautifully. And, I’d wager that with a small $30 reflector, you may get the same results as filming in direct sunlight under a flag. 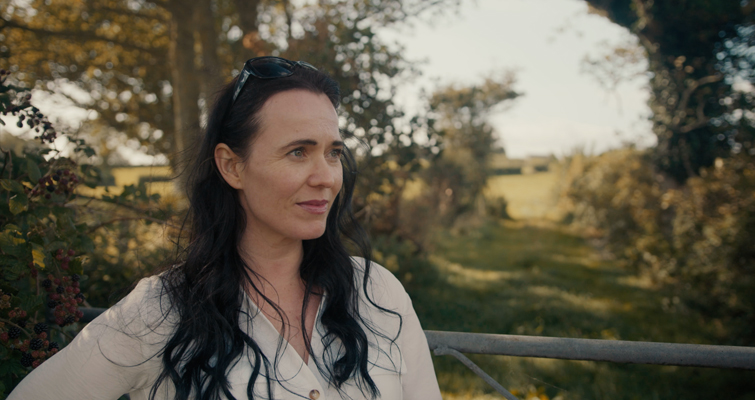 Ideally, you’d want to shoot away from any areas with direct sunlight spilling into the street because if you expose for the shaded talent, it may create hot spots in the background.

The Shutterstock tutorial team recently published a video tutorial with advice on photographing subjects in available light. One of the topics they covered: portraits in the midday sun. Check out the video below for more information.

Looking for more filmmaking tips? Check these out.