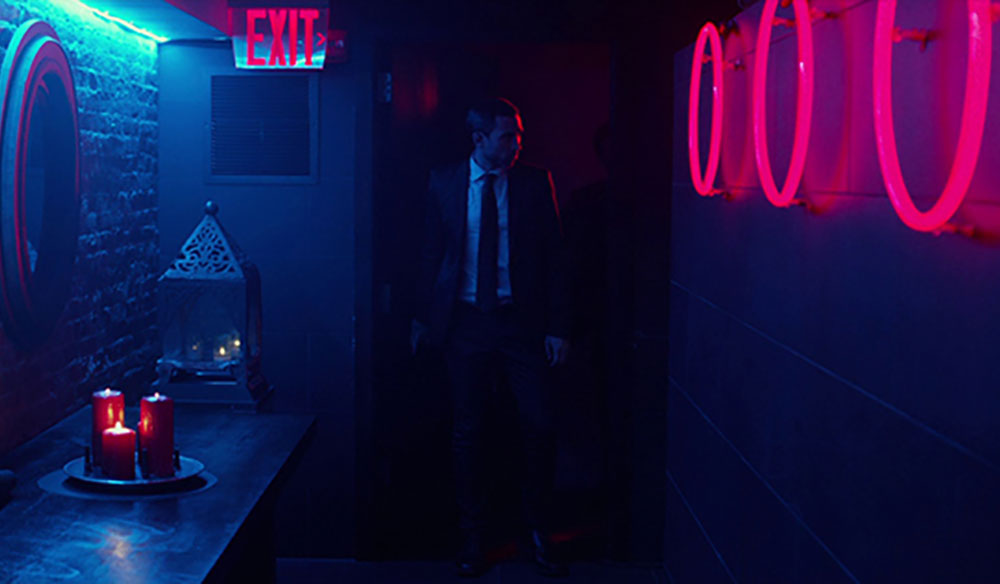 In a perfect world, we would walk into a location, arrange some lamps, and the scene would come to life, perfectly exposed and cinematically lit.

Unfortunately, light doesn’t work like this. Practical lights, even if placed correctly, rarely create enough exposure — unless they’re so bright they blind the actors and peak off the edge of the waveform. The opposite is also a problem — bright, cinematic light that seems to come from nowhere.

Most professional cinematographers strive for a mix of the two, but in a specific way — they place practical lights within the set to motivate and make their cinema lights seem plausible.

The process is pretty straightforward. You light the space as the world of the story would actually light it — fixtures in the ceiling or walls, as well as lamps and windows. Then, once the actors are in the space and you’ve decided on your shots, you bring in large, soft lights just offscreen to augment those practical lights.

For example, a man sits at a desk and turns on a light. The lamp, as a small source, doesn’t have the right level of brightness, softness, or angle for a close-up. Offscreen, we place a LED Fresnel with a fifty-five inch softbox at eye level, and as he turns on the lamp, we power on the light. Because it’s an LED, it comes up to max brightness right away, giving us a soft, bright closeup. With the lamp in frame, the cinema light doesn’t feel fake or “lit,” a common issue with amateur films.

A big part of a DP’s job isn’t just lighting the characters, it’s doing so in a way that doesn’t break the fourth wall and bring the viewer out of the world of the story. Different genres treat this differently. Comedy and the high-key look allows the lighting team to get away with a lot more than they would in a gritty crime thriller. 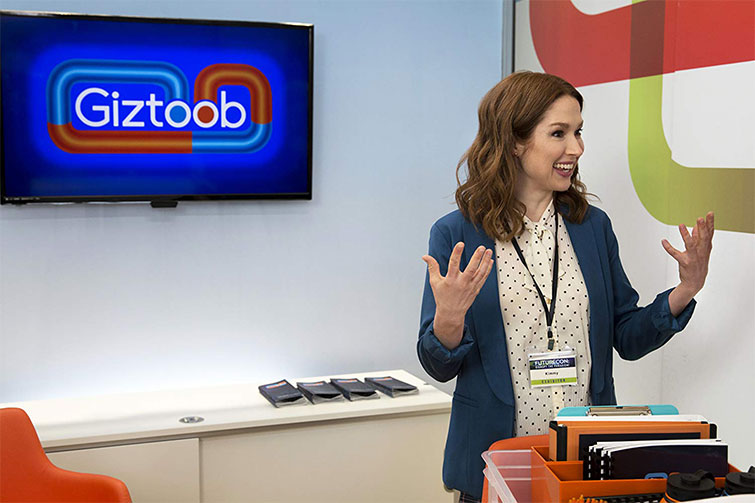 Unbreakable Kimmy Schmidt lights its star with unfailingly bright, three-point lighting — even when she’s in a basement or bunker, mirroring the unshakable optimism and youth of its lead character. By contrast, in another Netflix show, Mindhunter, even at midday the characters live in deep, contrast and shadow.

Across genres, DPs look for ways to motivate their lighting and make it seem part of the world.

What’s great about using this method is you always have a starting point. You can look at a location, chose which parts of the existing lighting will work for your scene, and then augment with offscreen lights. You’ll never have “blank page syndrome,” and you won’t get stressed about where you should place your key light. You can follow the natural lighting of the room you’re in.

This method works great for both sets and locations. Sets have the added advantage of wild walls — segments of the set that you can remove to accommodate bigger lights. With small-profile LEDS and tube lights, like Quasar science fixtures, you can get a lot of light into a small space, making real locations less of a disadvantage. Locations also offer a pre-dressed set that comes with existing fixtures and lights — if you know how to augment them.