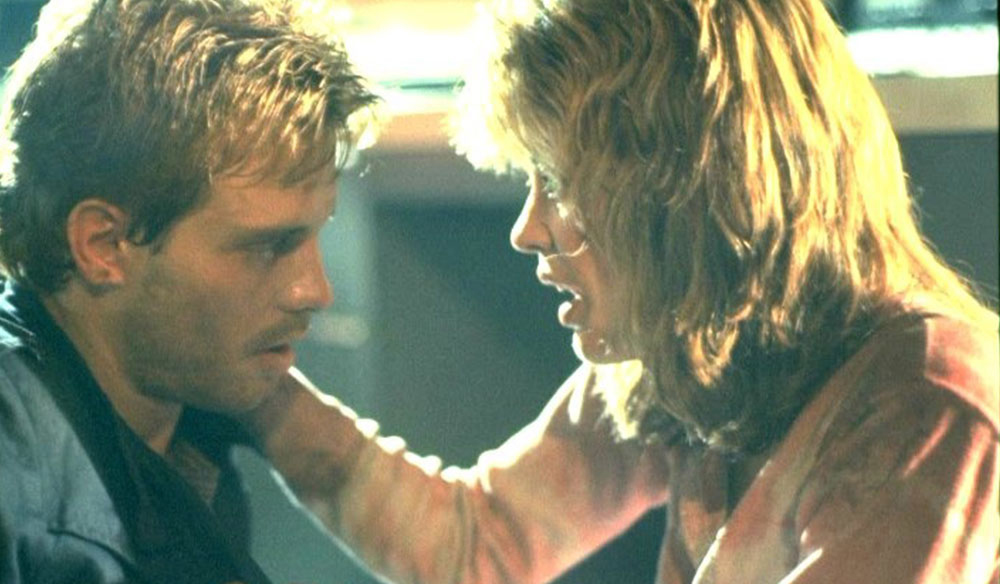 Filmmaking Fundamentals: Using Blocking to Get Your Scenes Moving

Directing your first scene? Before you get bogged down in the technical details, take the time to plan out and rehearse your blocking.

Blocking is the movement of the actors on screen, and subsequently how the camera and crew move with them. It’s the same as dance or fight choreography in the sense that it plots out the physical movement of your characters in a three-dimensional space, and at times, it can be as simple as hand movements and body language. Blocking is a key element in directing a scene.

Blocking is important because it not only makes a film feel more natural, it also directs the audience’s attention. When the script calls for the characters to walk or run from point A to point B — or take some other specific action — the blocking comes a bit more easily. The narrative has explicitly laid out a motive for movement. However, in dialogue scenes, figuring out the blocking can be a little trickier. A trap new directors may fall into when blocking dialogue scenes is simply having the characters talk — with little movement or action. But if you take the time to think of the context of the scene, you can find ways to motivate your characters movements or body language.

Take this scene from James Cameron’s Terminator. While this part of the scene is filmed in the shot-reverse shot formula, notice the characters’ movements and body language throughout.

Cameron could have taken the easy route and just had Sarah and Kyle hide in an alley, talk for a few minutes, and then step back into the action. But by keeping them in the action (hiding from the police, loading his gun, hot-wiring the car, etc.) the scene flows better, is more interesting, and motivates the characters’ movements. It brings the characters to life.

Of course, not every dialogue scene will be about running from a future murder robot and calling for one of the characters to hot-wire a car while explaining the seemingly impossible. Still. There are ways to keep the blocking active and avoid turning your actors into talking heads. Naturally, a more experienced actor will use their own movements and body language if left undirected, but for amateur actors (or even non-actors) this direction is critical. Let’s take a look at a scene from Tarantino’s Django Unchained.

Serving himself and Django a pint does many things, but if nothing else, it creates a more natural and interesting scene. In actual conversations, people rarely just sit around and only talk. They move, they get up to grab a snack or drink, they use gestures to communicate, and so on.

Imagine Christoph Waltz’s character moving about the saloon without ever using the taps or serving Django the beer . . . but still hitting those positions. Yes, his blocking would certainly be interesting, but it would ultimately be confusing, and he’d look like a crazy person. Blocking needs motivation, even if it’s just to make the scene more visually interesting — it still needs to make sense.

Blocking can also add subtext to a scene. It can show the relationship between characters. It can convey skills and personality traits.

Refer to the scenes above. Through the blocking, we learn that Kyle Reese is cautious, trained, and skilled. In the Django Unchained scene, we see the carefree nature of Dr. King Schultz and the reserved nature of Django. We literally see how Dr. Schultz is in control of the situation.

If you’re directing a scene, dialogic or otherwise, explore the different ways your characters can move about. Experiment with what feels most natural and what may elevate the underlying message. There’s no one way to go about this because every scene is different, and what feels natural will depend on the context. All in all, give your actors motivation and get the characters moving.

Cover image via The Terminator (Orion).