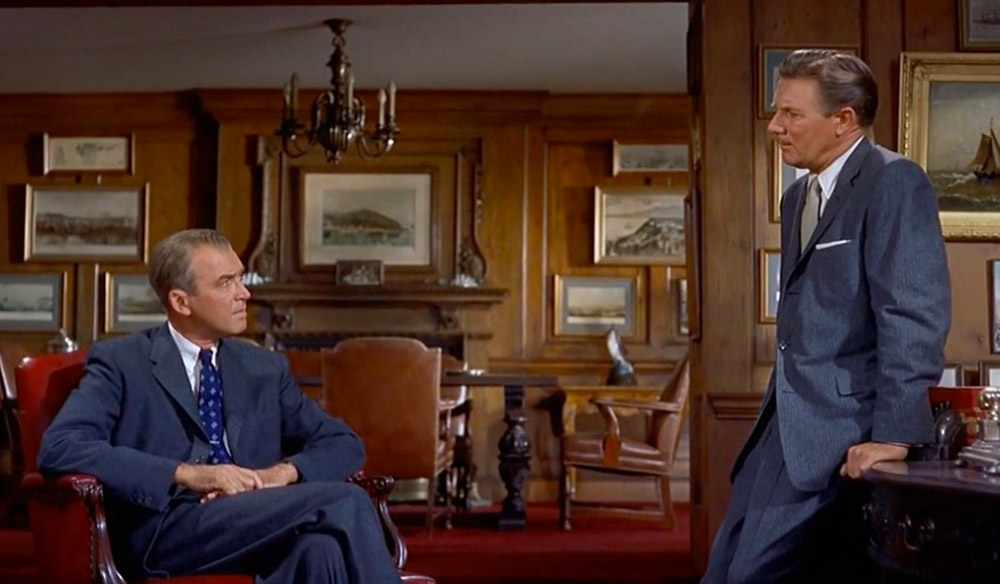 Filmmaking Fundamentals: Using Blocking to Get Your Scenes Moving

Get lessons in how to properly block your actors and actions in your scenes as taught by some of your favorite famous filmmakers.

When watching amazing cinema, there are many aspects you’ll notice right away and often remember forever — great lines of dialogue, breathtaking action sequences, and beautiful cinematography. However, one film element that often gets ignored, but is still crucially important, is blocking.

Taking lessons from some of the great directors of cinema, including Alfred Hitchcock, Martin Scorsese, and Akira Kurosawa, let’s take a look at the fundamentals that go into how to properly block your scenes.

The Basics of Scene Blocking

Before we go into learning from the masters, let’s go over some of the basics of scene blocking. As you can see in the video above, by The Film Look, scene blocking covers everything that has to do with placement and movement between characters, props, and camera(s) for every shot and scene. Unless you’re shooting a documentary or a certain type of improvised action, most film scenes are tightly controlled, blocked, and rehearsed so that every movement and action is accounted for.

Let’s break down some of these blocking basics. The first aspect every filmmaker or director should consider is the actors. Where are they on set? What are they doing? And, what movements will they make? You’d think these might be easy to define, but once you really start exploring these elements, they can become quite vast and nuanced. To truly define your blocking, every movement — from walking across a room, picking up a book, or a subconscious twirling of one’s hair — should be considered.

To help with the choreography of blocking, film and video productions often employ blocking charts that vary from precise and exact replicas of sets or scene spaces with movable markers, to rough diagrams or charts that you can write up on-the-fly. Depending on your style of production, it’s helpful to at least have some sort of playbook to help the director communicate with the actors as to where they should be, at any given point.

Finally, the most important part of any scene blocking is the camera. In many ways, the camera — which represents your audience and POV — is the primary character in your scene. Consider your camera placement, its framing, and any (or all) movements that you might employ, from simple pans to complex tracking shots, when working on your scene blocking.

For our first example, we’re going to learn from one of the greatest directors of all time: Alfred Hitchcock. Known as the master of suspense, Hitchcock is an early example of just how critical blocking is as one of the main tools in filmmaking. Using his classic film Vertigo as an example, this impressive video essay by Nerdwriter1 breaks down how even the most simplistic of scenes can tell us so much in the blocking.

This example from Vertigo, in particular, is an avenue to explore lighting as an integral part of film blocking, as well. In Hitchcock’s case, classic Hollywood high-key set lighting was employed as a way of making sure every actor is clearly lit and able to convey the most amount of information from their performances. However, if you look closely, the lighting of the set does reflect a major element of its storytelling, which is explored in the blocking — the large window with the ship yard.

Using the window as the supposed main source of lighting gives the set an added dynamic, which Hitchcock explores throughout the scene. When working with lighting on your sets, you’ll want to be able to define not only where the light is supposed to be coming from, but also how and where you’ll be using lights to help bring your scene to life. These lighting positions can be just as critically important to your blocking as your character placements or camera movements.

Here are some excellent resources to further explore lighting as part of your blocking schemes:

Martin Scorsese: The Power of Rehearsing

Taking a look at this video essay, produced by StudioBinder, the esteemed master Martin Scorsese showcases how to use blocking in modern cinema. Taking just one critical scene from The Wolf of Wall Street as our example, Scorsese uses many of the same basic principles of film blocking, but with new and innovative techniques.

This Scorsese scene is perhaps the best example for addressing another principle of film blocking — rehearsing. Like any great stage play or performance, rehearsing is really the only way to work out difficult movements and create a smooth, finished product. In this Wolf of Wall Street scene, you can see just how precise each action is. From the blocking of the characters, which need to be timed perfectly for the visual handoffs, to the coordination in the eyeline cues, which Scorsese uses to direct the viewers’ attention, to the POV camerawork that requires an expert steadicam operator and support team to track backwards while filming our protagonist walking and talking.

For this sequence, we can actually peek much more in-depth behind-the-scenes with this video featurette. You can really see how much planning and coordination goes into these sequences, as well as the professionalism and care given to these walkthroughs and rehearsals, as Scorsese works on the fly to iron out every element of the blocking.

Blocking doesn’t always have to be modern and flashy. Going back in time to explore the work of Japanese director Akira Kurosawa is a perfect way to study the importance — and nuance — of how blocking can be used for emotional and psychological effects. In this video essay, from CineFix, we get a very thoughtful breakdown of one scene from Kurosawa’s film High and Low (a film which actually came out five years before Hitchcock’s Vertigo).

In High and Low, Kurosawa clearly demonstrates the power of blocking as a way to explore relationships and power dynamics between characters. Everything from levels within the frame, to compositional space between the foreground, middleground, and background, and subtle elements in body language, all should be considered when constructing a scene.

It’s also worth mentioning just how much optimization and adjustments go into scenes like this to get these final frames of perfection. Kurosawa is a master because of his ability to adjust and tinker with all elements of his film — but most especially the blocking and staging. You can really see this in the High and Low scene, as the actors and framing have such command of their placements and movements.

When working on your own projects, it’s a good practice to take the time needed between takes to go over your shots and compositions, making sure everything you want is in the right place. Your actors and camera operators are human, so they’re not going to perfectly pull off the same performances every time, but in these slight variations, you can actually work to optimize these imperfections and adjust accordingly to bring the best movements and takes to life.

Shooting Your Blocking with Kubrick, Spielberg, and Iñárritu

It’s when you finally put together all the elements of film blocking that the true masters are able to really bring their films to life. In the video essay above, we get some important looks into how directors like Steven Spielberg, Stanley Kubrick, and Alejandro González Iñárritu are able to use film blocking and camera staging in their filmmaking.

In Spielberg’s case, taking examples from Minority Report, we get to see, once again, just how important blocking and body language is for adding to your film’s dialogue and plot. From Kubrick, we’re reminded just how much subtext can be jam-packed into every frame in regards to character placement, set design, and props in A Clockwork Orange. And with Iñárritu’s Birdman, we get to see how a “newer” generation is adding more movement, depth, and chaos to scenes.

I like ending on this video as it does such a fantastic job of going into the shooting aspects of blocking. You can diagram, plan, and rehearse all you want, but once you’re on set and actually filming those first scenes, it certainly requires a combination of all the distinct elements of blocking to come together.

When you’re finally shooting your scenes with your carefully defined blocking in action, it’s helpful to treat each shot and scene as its own mini-movie. You have your actors ready to go in their starting positions, you have your lights set and queued up for any adjustments, and your camera is rehearsed and ready to move. Once you call action, you’re really just recreating the stage play that you’ve blocked and mapped out — now it’s your job to shoot it to the best of your ability.

If you’d like to dig deeper into blocking, as well as cinematography overall, here are some great articles: 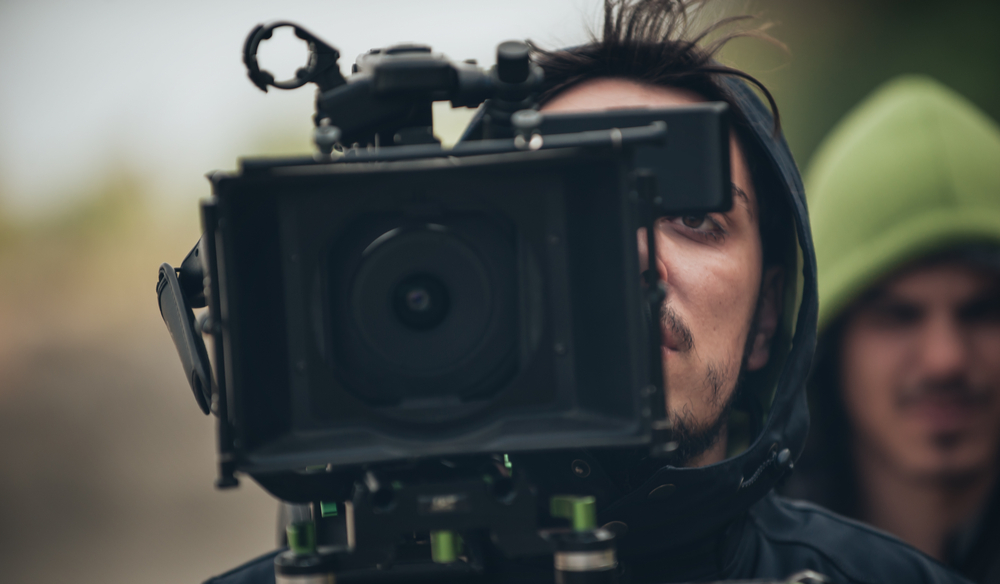