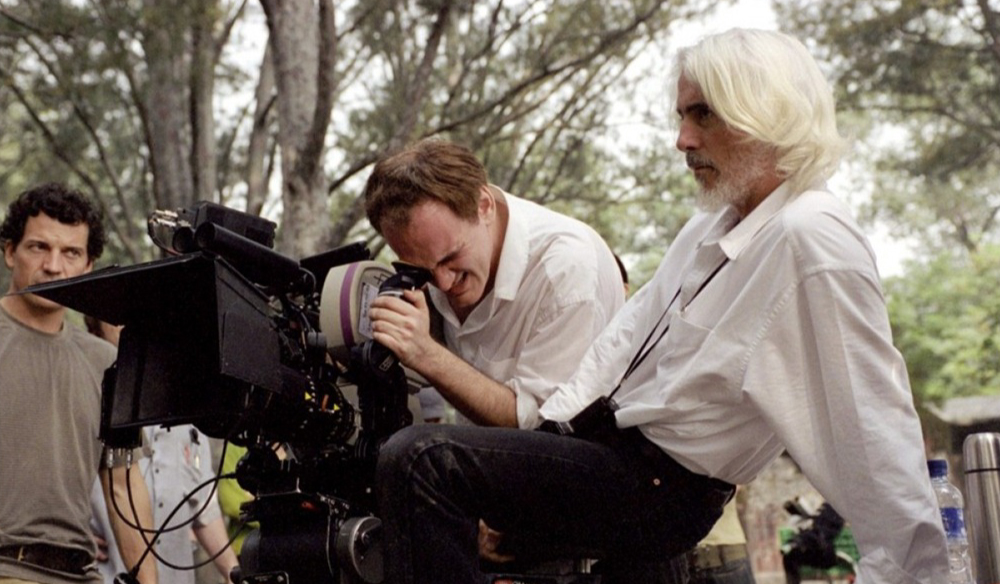 Working with a new director or DP can be a tricky process that takes some time to develop. Here are some filmmaking tips to help streamline that process, and to make sure your production is getting the most out of that relationship.

Top image: Quentin Tarantino and Robert Richardson on the set of Kill Bill via The Red List

With advancements in technology and professional production equipment constantly becoming more affordable, it seems that timelines (and usually budgets) for projects become smaller and smaller every year. This means that you have to work more efficiently — and as a solid team — to finish with a project that everyone can be proud of.

Start With a Lookbook 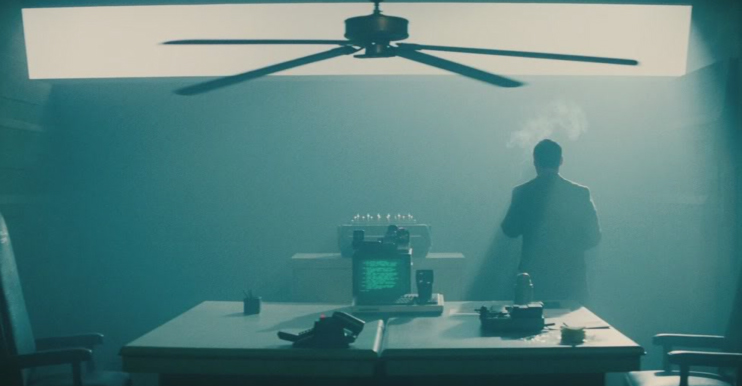 An example of a strong look – Blade Runner via Warner Bros.

An image can be a hard thing to explain with words. One easy way to make sure that the visual style of a project is decided on and agreed upon is to begin the process with a lookbook. A lookbook is a collection of images that define the look and tone of the image that you’re going for.

It can be any number of things… paintings, photographs, stills from another film, anything that is a representation of what you want to do visually. It helps to take notes on each image, so that you can reference what it is about that image specifically that will support your story/look.

I prefer to use a cloud-based file storage service for creating lookbooks (Dropbox, Google Drive, etc). This way, while on set or scouting a location, you can always pull up the lookbook and effectively communicate a visual idea on the spot. Evan E. Richards runs a blog with a comprehensive selection of screengrabs of various films that’s a great resource for building a lookbook.

Learn Their Process Early On 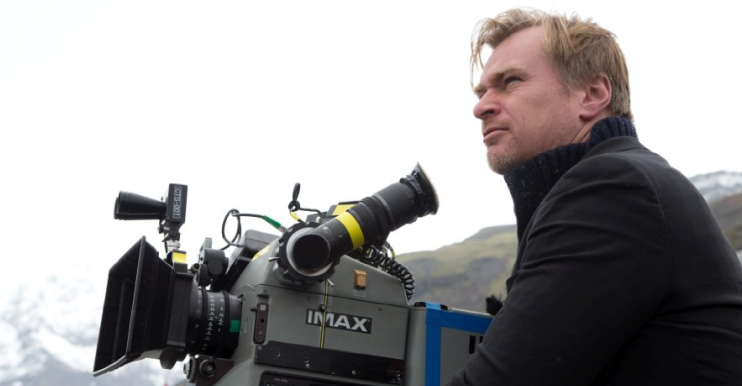 Everyone does things differently. Some directors will want to have a lot of involvement in how the image is created, down to the placement of the camera and focal length of the lens. Other directors aren’t interested in those details, and will fully look to the DP to deliver the look that they’re going for, with little to no direction otherwise.

This needs to be discussed ahead of time. That bit of information will completely define the nature of the DP’s job on that project, and it can be different every time. It’s important for everyone to know their role on set, and for all expectations to be made perfectly clear before the production begins. Some of these topics are touched on in this Hollywood Reporter roundtable of Oscar-nominated directors discussing their craft. 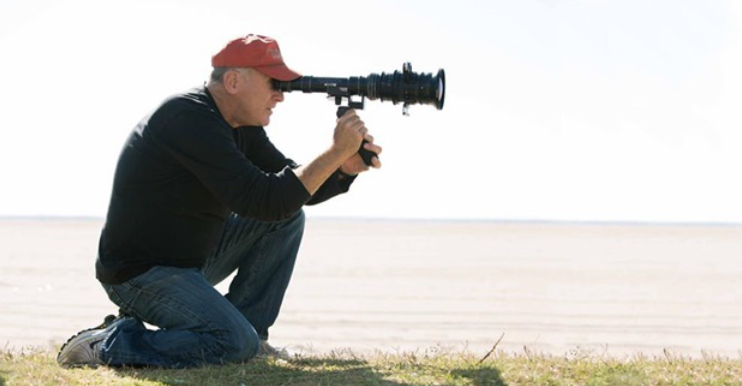 It’s not acceptable to bring the DP in right before the shoot. The DP should be able to walk the locations well ahead of time, taking photos, looking for power (if needed), and getting an overall game plan on load-in and the plan of attack. This will make it easier for them to create lighting diagrams for each of the setups as well, which is a huge timesaver (and will also allow them to put together the gear list for the shoot). A great app for creating lighting diagrams is Shot Designer.

It’s important to work together in creation of a shot list (check out the awesome Shot Lister app) and game plan for each shoot day based on the location scout. This should be done before anyone starts to put together a schedule, and (in most cases) before booking the talent.

It is the director of photography’s job to know what time will work best for each location (sun through windows, sun positions for best backlight, etc). If they never get to see the locations, there’s no way that they can do their job. This is one of the most overlooked issues in low-budget productions.

Keep an Open Line of Communication 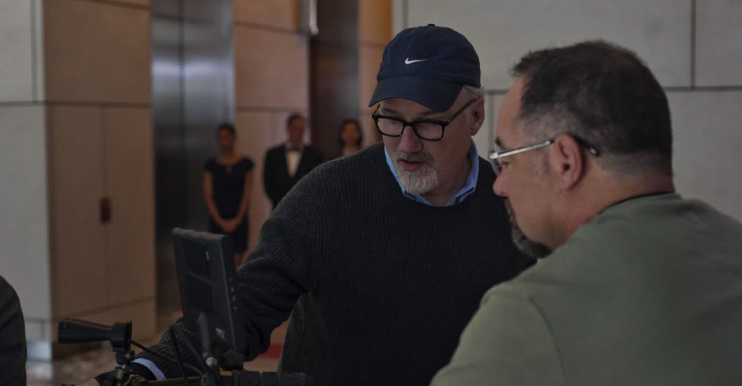 There’s always time to talk. No matter how short on time you are, it will almost always save you time if you stop to pull your DP or director aside and have a quick chat about what’s going on and (hopefully) figure out what isn’t working. Sometimes you just have to get away from the rest of the crew and actors to really get some real thinking done.

When things are moving and decisions are constantly being made, it’s really easy to get in the swing of things and lose track of what’s actually going on. Always be asking yourself: Are we executing the plan? Am I supporting my colleagues process? Are we achieving the look that we laid out in the lookbook? And most importantly: Are we making something we’re all going to be proud of?

If there is ever any doubt, pull your director or DP aside and figure out how you can fix it — and do it sooner than later.

Know Your Role in the Relationship 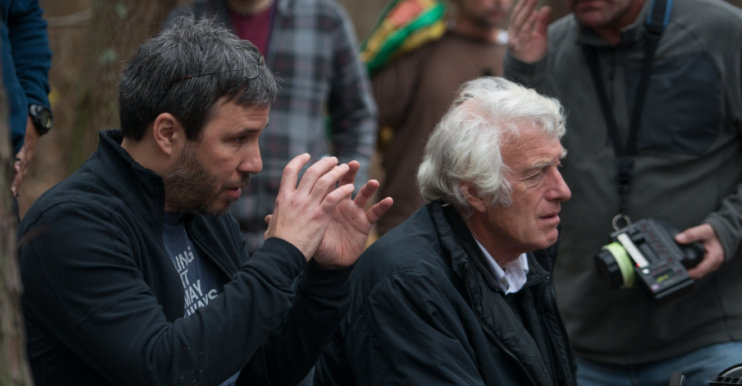 Denis Villeneuve and Roger Deakins working together via Warner Bros.

In the end a film can look lousy but work because of a great performance but not the other way round. That’s something always worth remembering. – Roger Deakins

One thing a DP should always remember is the pecking order on set. The director is always in control. While filmmaking is a very collaborative process, it’s important that the DP keep the ultimate vision of the director and execution of the project at the front of their mind at all times. If you don’t watch out for it, ego can set in and arguments can begin because the DP wants or takes too much control.

However, that works both ways. If the director isn’t assuming the lead role in the execution of the project in a way that cannot be questioned, someone else is going to have to step up to make sure the project is completed. There is an art to doing this in a way that gets the best work out of people, while also getting the best out of the project.

When working quickly, and under stressful guidelines, these things can be a weak point in the hyper-sensitive ecosystem that film sets usually become. It’s important to be aware of everything, and everyone’s feelings, especially when it comes to the way that the director and the DP work together.

Have any filmmaking tips for the community? Share them in the comments below!