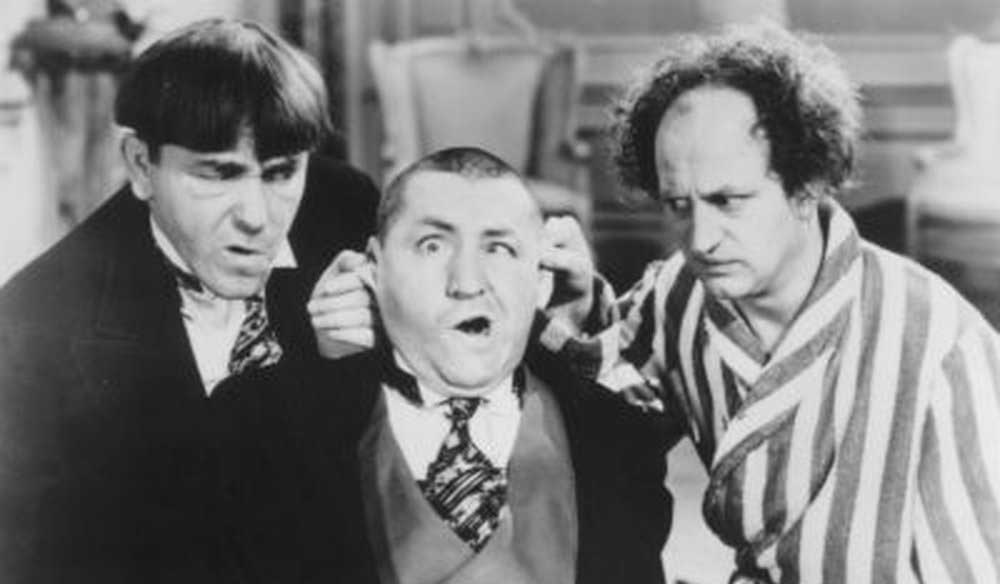 In this film genre exploration, we’ll trace the origins of comedy films and their sub-genres for a better idea of what make an audience laugh.

When one thinks of classic cinema, many big, important names and films come to mind: Orson Welles and Citizen Kane, Alfred Hitchcock and Psycho, Humphrey Bogart and Ingrid Bergman in Casablanca. Yet, the true — and often most provocative and innovative — pioneers of mainstream cinema are, in fact, the auteur directors of comedy.

Names like Buster Keaton, Charlie Chaplin, Lucille Ball, as well as some of the earliest works by the Lumière Brothers and Lon Chaney, have proven that comedy is more than just a joke. It’s a rich, diverse genre that has consistently been a popular and important part of the greater cinema tradition.

So, let’s take a look at how the genre has evolved into its unique sub-divisions — and how you can summon the laughter with your own comedic shorts and features. 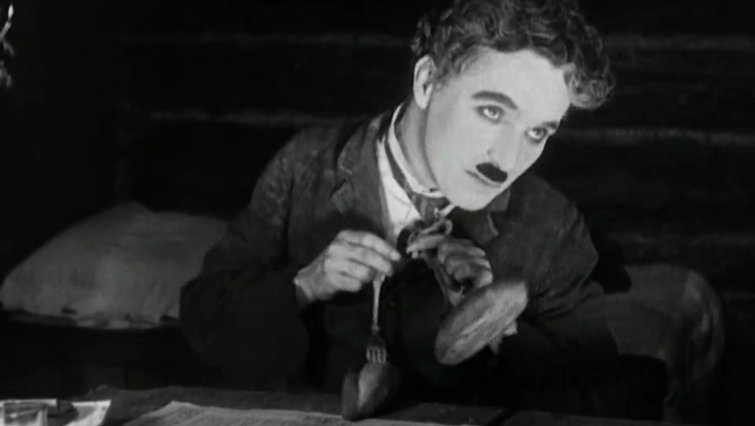 If you were to name one sub-genre as the default template for comedy film, slapstick comes immediately to mind. Slapstick traces its roots back to vaudeville and the stage, where actors perform exaggerated physical stunts and gags. Not surprisingly, this comedic style worked very well during the early days of silent cinema — it launched the careers of some of the biggest names in comedy, like Chaplin, Keaton, and The Three Stooges.

Elements of slapstick remain prevalent in modern comedy films as well — from child-friendly, cartoon slapstick gags in franchises like Despicable Me to the stunts performed by Jim Carrey in his over-the-top roles in films like The Mask or Liar Liar. Regardless of the comedic project you’re working on, falling back on slapstick tropes is always good for a laugh. 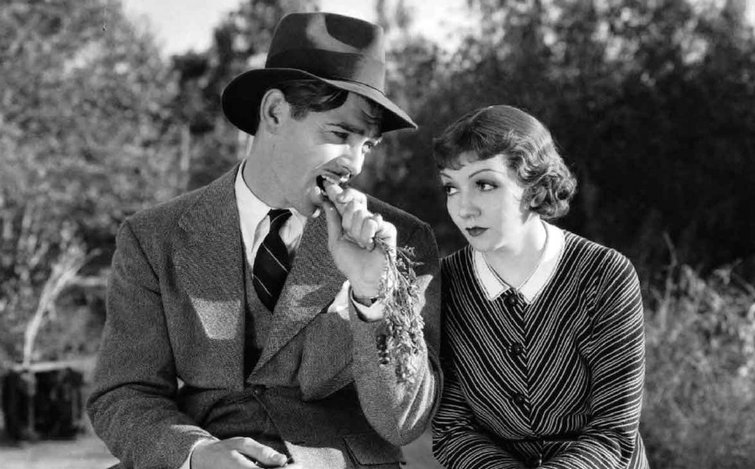 Clark Gable and Claudette Colbert in the classic screwball romantic comedy It Happened One Night. (Image via Columbia Pictures.)

If we’re tracing the evolution of comedy sub-genres, the screwball comedy was one of the next major steps, after its early silent slapstick roots. The screwball comedy endeared itself to audiences largely in the 1930s and 1940s. It produced such films and stars as Clark Gable and Claudette Colbert in It Happened One Night and Cary Grant, Katharine Hepburn, and James Stewart in The Philadelphia Story.

Screwball comedies often get associated with the romantic film genre — especially in the early days, as many of the big screwball films were vehicles for love stories between two budding cinema stars. And, because of its mainstream success, elements of the screwball comedy remain steady today, with films like Peter Bogdanovich’s She’s Funny That Way and Noah Baumbach and Greta Gerwig’s Mistress America. 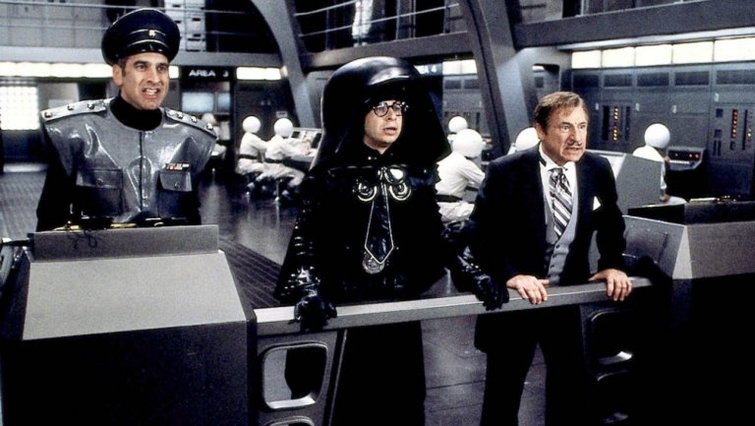 Mel Brooks not only directed but also starred in many of his classic parody comedies, including Spaceballs. (Image via MGM.)

Another comedy sub-genre — personally very near and dear to my heart — is parody. The idea of mocking or lampooning other forms of art is one of the most powerful forms of comedy, as it allows audiences to both laugh and analyze preconceived notions about the source of the ridicule.

Parody doesn’t always have to be mean. Many of our favorite comedy icons worked in this space in a positive way — one of the greatest parodists being Mel Brooks and his send-ups on big films, franchises, and even other genres with Blazing Saddles, Spaceballs, and Robin Hood: Men in Tights.

Parody can also take the form of mockumentary. (You can read more about its filmmaking exploits here.) Mockumentary classics like This is Spinal Tap and Best in Show are great examples of how flexible parody can be as a sub-genre, allowing filmmakers to explore other forms of comedy. 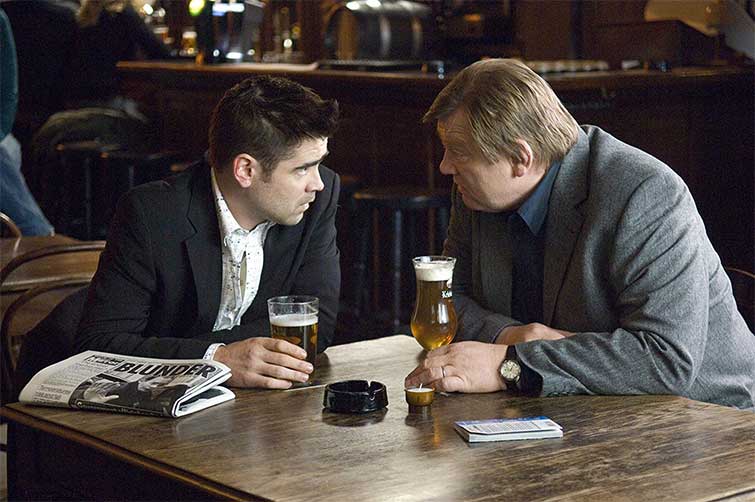 One of the more absurd scenes, producing comedy out of dark themes, occurs in In Bruges. (Image via Focus Features.)

Conversely, from the rather safe and clean screwball sub-genre, comedy also lends itself well to darker, more taboo subjects, which you can explore with the dark comedy sub-genre. These are subjects we wouldn’t normally laugh at — situations like war, murder, and death. They take on new life when re-examined through a comedic lens.

The dark comedy sub-genre has explored, and actually helped, audiences cope with many serious matters, including the atomic bomb in Stanley Kubrick’s Dr. Strangelove or: How I Learned to Stop Worrying and Love the Bomb and the Vietnam War in Robert Altman’s MASH. Modern dark comedies continue in this tradition, with examples like In Bruges, The Death of Stalin, and the recent Oscar-winning Parasite (which you can read more about in this great cinematography breakdown).

And, that’s just naming a few sub-genres. Overall, the comedy genre is rich and very adaptable. It can mingle with other genres or styles. So, as you go on your own comedic filmmaking adventures, check out some more genre insights and filmmaking tips in the articles below.