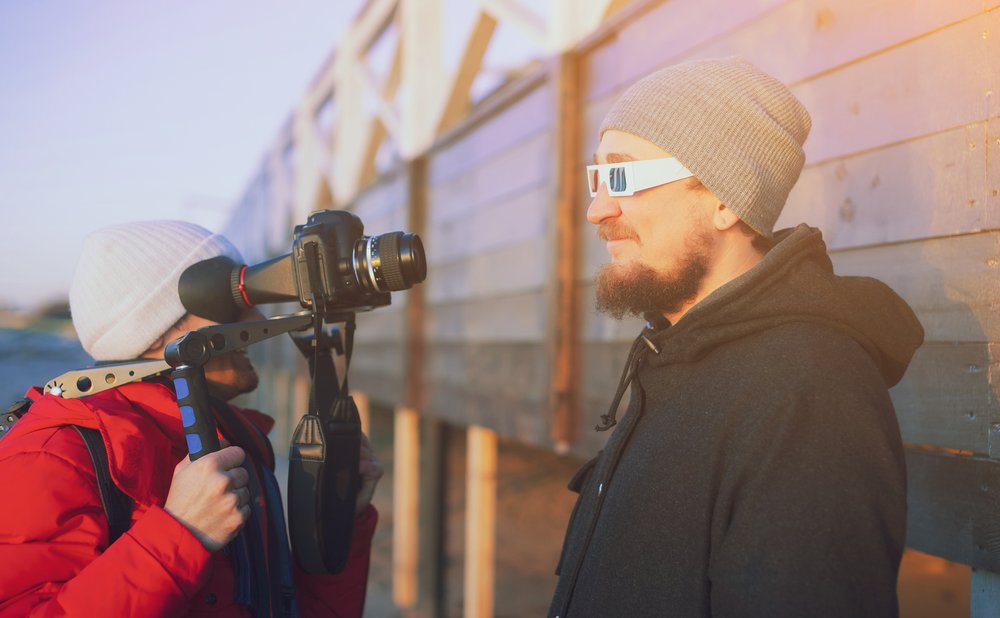 Find the Funny: Tips for Directing and Editing a Comedy Short

Here are some helpful tips and tricks for shooting, directing, and editing comedy shorts to capture that magic for the world to see.

Before a whole generation was ruined with aspirations of becoming Instagram, Vine, or now TikTok famous, there was a whole — slightly older — generation ruined by chasing ever-elusive fame on video sharing platforms like Funny or Die or just YouTube.

The art of the comedy short film is actually nothing new, and can be traced back to the earliest days of film and cinema with the works of Buster Keaton and Charlie Chaplin. But the idea that any group of friends or improv-class buddies can grab a camera and make a comedy short that goes “viral” is entirely new.

So, while there’s a lot to dive into as to what makes a video funny (that probably can’t be defined in a single article), here’s a guide to finding the funny and creating quality comedy shorts and videos.

Coming up with Fresh Ideas

So, when I was personally shooting comedy shorts, it was with a group of friends from the improv class that I was taking. The improv school put together a monthly video content where they would give us one word as the prompt, then the individual groups would have to take that and use “A to C” mentality to create whatever they wanted from there.

My favorite part of the process were these first meetings. We’d meet up at a coffee shop with notebooks and just do free association and spitball, sometimes for hours. The goal, at first, isn’t to come up with a solid concept. It’s simply to explore ideas and “find the funny,” so to speak.

A good brainstorming session doesn’t have to be done with a group, though. You can do free association with just yourself and a piece of paper. Ideally, once you’ve spent enough time on what you think sounds and feels fresh and funny, you can start putting those ideas to paper by planning your outline, script, and shots.

Because of the nature of comedy, it’s helpful to go into production with the idea of being flexible. You never know what funny idea might develop once you start filming. However, it also helps to have a good backbone to your production with a set shot list.

I often found that the best way to work was to cover your bases first and make sure you have every shot you’d need to put together an edit. Then, once the rigid work was done, to loosen things up and do as many takes as you can stand, while encouraging improvisation and new ideas to flow freely.

The Importance of Reaction Shots

Another simple trick that can help out in the edit is to shoot several reaction shots. Comedy very much lives in faces. If you look at the comedy silent film classics, a well-timed reaction shot is the perfect way to make a joke land. When shooting, it just takes a few minutes to ask your actors to try a few more faces, to varying degrees, which you can hold in your back pocket as you begin to construct the humor in post.

Editing for Timing and Pace

Moving on to editing, comedy shorts are often very, very fast. Yes, if you’re doing a stylized lampoon or parody of something, sometimes it’s great to be slow on purpose. But, generally speaking, comedy lends itself to rewarding the quickest of wits. There are plenty of tricks to keep the pace up, and a lot of it comes from the edit. If you’ve done a good job of shooting lots of angles and reaction shots, this can be a great way to build pace. Quickly cutting between speakers while dialogue ensues can create action and movement.

However, don’t get too caught up with speed, as you’ll still want to try to subtly build the timing for certain jokes to land. Here are some good articles and interviews on the art of comedy editing:

As mentioned before, making comedy content in this day and age often requires much more than just uploading a video to YouTube. If you’re serious about trying to go viral and make a career in comedy shorts, you’ll need to embrace any number of other popular video and social media channels to maximize your audience’s reach. Editing and uploading directly for platforms like TikTok (here’s a great guide) is a good place to start. You’ll also want to look into customizing exports for Facebook, Instagram, Reddit, and other social media platforms.

For more filmmaking resources, tips, and tricks, check out some of these additional articles below.