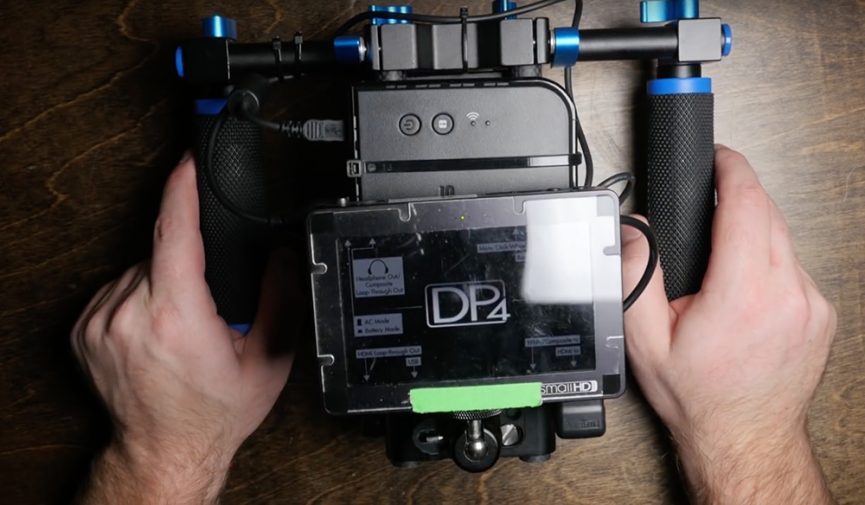 A Guide To Affordable HDMI Transmitters And Receivers

Wireless video can streamline your film set. Whether it’s for focus-pulling or a client’s monitor, here’s how to add wireless video to your set for cheap.

One thing that has always bothered me about shooting on a gimbal is the inability to effectively pull focus. You need a lot of wireless functionality to do it right, and that stuff isn’t cheap. For one, you need a wireless follow focus, but you also need wireless video to send an image to a remote focus puller. Or you can grow an extra arm and use that.

Another pain-point on set is when you’re setting up your video village (client/director monitor) and that HDMI or SDI cable only reaches so far, and now your client is sitting right on top of you all day, watching your every move, and there are cables in the way running everywhere. It’s so much easier to just plug in a wireless HDMI transmitter/receiver and be fully mobile.

I’ve done an extreme amount of research on this and used multiple units, and this is what I’ve learned: there are absolutely zero options that feel professional enough under $1,000. There are some that work, but they aren’t as reliable — and in key moments, you need reliability.

The System I Built

This is a fantastic video from Caleb Pike over at DSLR Video Shooter. As always, he provides a great and affordable solution to a common on-set issue.

When I first came across this video, I had finally purchased my first wireless follow focus system and had spent all of my money on that. So I needed a cheap way to get wireless video, so that I could, you know, use the follow focus I just bought. This video ticked all the boxes, and it was affordable enough to give it a shot. This was the most professional-looking option that I could find with the budget I had.

This build uses the Nyrius Aries Prime (or pro) system in conjunction with some cheap cell phone batteries and rigging parts to build a pretty decent-looking handheld director’s monitor setup. When I built mine, I was able to rig the wireless follow focus transmitter directly to the rig as well.

Sam And Niko over at corridor have a similar build using the Nyrius as well.

While both of these builds tick the boxes of affordability and professional appearance, I had a whole lot of trouble with mine. That’s not to knock their builds, but I just really struggled with my Nyrius unit in particular.

When it was working, it was working beautifully. The freedom combined with a remote focus puller was just so much fun and creatively exciting that when it wasn’t working, I was all the more frustrated.

There are a few drawbacks to the Nyrius approach. The main one is that the signal would drop or be unavailable about 50% of the time. The thing that was perplexing was that when I’d remove all of the Nyrius hardware from the rig that I built, the signal would work fine. It almost seemed like the metal of the rig was creating some sort of interference.

Also, wrangling and keeping all of those cell phone charger-style batteries was somewhat of a struggle.

In both of the above videos, however, it seemed that they weren’t having quite these issues. Which leads me to my conclusion: it’s just a cheap solution, and not really a professional one, which they admit in both videos. Your mileage will vary, and that is the problem. You need reliability.

Unfortunately, aside from the Nyrius systems and a bunch of cheap aftermarket Amazon alternatives that I’ve never tried myself, you get a steep jump into the $1,500-$3,000 range.

CAME-TV makes what looks like a decent kit for about $700, but I haven’t used this one myself. Video review below.

There are a ton of other options in this same price-range as well. You have units from Teradek, Paralinx, Ikan, and others. All of these seem to be priced based on the range they offer and other factors like battery life and latency. However, to me, once the latency gets low enough that someone can pull focus, most of the price differences aren’t as indicative of the quality of the product.

The only other option in the sub-$3,000 range that I have used myself is the CINEGEARS Ghost Eye system, and it worked fantastically with no signal issues or latency whatsoever.

So, my point is that once you get into the higher price range, they all seem to work pretty well. That’s why they’re expensive.

The Future Of Wireless Video

Early in 2018, SmallHD announced that they had partnered with Teradek to create their new line of monitors with built-in wireless systems. In my opinion, this is definitely the next logical step for wireless video monitoring — systems that include built-in wireless functionality, and leave it to SmallHD to be the pioneers.

Looking for more video production tips? Check these out.