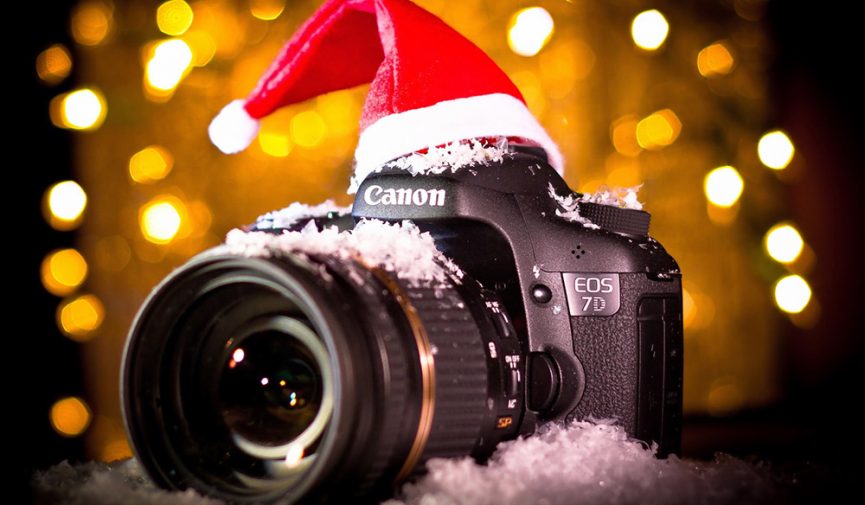 The holidays are finally here! These great deals, discounts, and sales will make it easy to give the gift of essential video gear.

Good news for anyone living the film and video life: Retailers are rolling out their end-of-the-year deals just as the holiday shopping season takes off. Whether its saving $100 on a new MacBook Pro or snagging a 64GB SD card for $5 less than usual, every little bit helps. Here are some of the better deals we found while browsing for holiday bargains.

One of the best Mirrorless cameras currently on the market, now’s the time to scoop up the GH4. Given the announcement of the upcoming GH5, the price will most likely stay around $1,100, so its never a bad idea to be ahead of the curve.

Serving as Sony’s top-tier camera, the a7R is perfect for everything — the photos look stunning, and the videos look professional. With its full-frame CMOS sensor, this E-mount camera is versatile enough for videographers both in the field and in the studio.

Canon’s cutting prices up and down its DSLR lineup, so there’s never been a better time to add the timeless Mark III to your arsenal. Already got one? Here are a few other Canon DSLR deals you might like.

B&H is cutting $300 from the price of the Sigma 17-50mm f/2.8 lens for DSLRs. The quiet autofocus is one of the standout features of this great piece of glass.

This Rokinon Lens Bundle features 24, 35, and 85mm lenses, all in one package. The aperture and focus scales are now on the side of the lenses, making the focus puller’s (or your) job much easier. As far EF-mount lenses go, these lenses are top notch and produce quite the image.

With the recent release of the Phantom 4, Phantom 4 Pro, Mavic, and Inspire 2 (and that’s not even mentioning the Kharma drama), it’s tougher than ever to choose the right drone for your lifestyle. Of course, knocking a few bucks off the price helps.

Right now it looks like eBay might have the best deal on drones. With Black Friday approaching, the word is that the Phantom 4 will be listed for $899 instead of the usual $1499. And that’s just the tip of the rumor iceberg.

With the Mavic possibly backordered until February, you can take to the skies immediately with the Phantom 4 for $100 less than usual. Check out our full review of the Phantom 4 and why it’s definitely worth your consideration.

This is the most basic version DJI currently has to offer — and even if you aren’t particularly that interested in owning a drone, the UAV’s low $500 price tag makes it a deal that’s tough to pass up.

Amazon and B&H are chopping prices on all kinds of TASCAM products, including the handy DR-40. If you’re in need of an external audio recorder or any minor accessories that go with audio recording, now’s the time to jump.

Video editors searching for a quality monitor at a decent price should take note of this 27˝ ultra-wide Dell monitor — now $200 cheaper.

This tripod is a steal. The huge cut in price, combined with the device’s durability, make it a must-have this holiday season. Really, you can never have too many tripods on deck while in the field.

Some of the biggest names in the video space are offering up the goods for the holidays. On December 6th, Red Giant is offering 40% off of EVERYTHING. For ONE DAY ONLY. So don’t mess around. Plus, B&H is currently running all kinds of crazy sales on a rotating selection of video gear. Definitely worth checking out!

If you’re looking for additional Black Friday/holiday-related deals, give these retailers a visit for good prices on filmmaking gear and on-set essentials:

Know of any other must-have holiday deals? Share in the comments below!