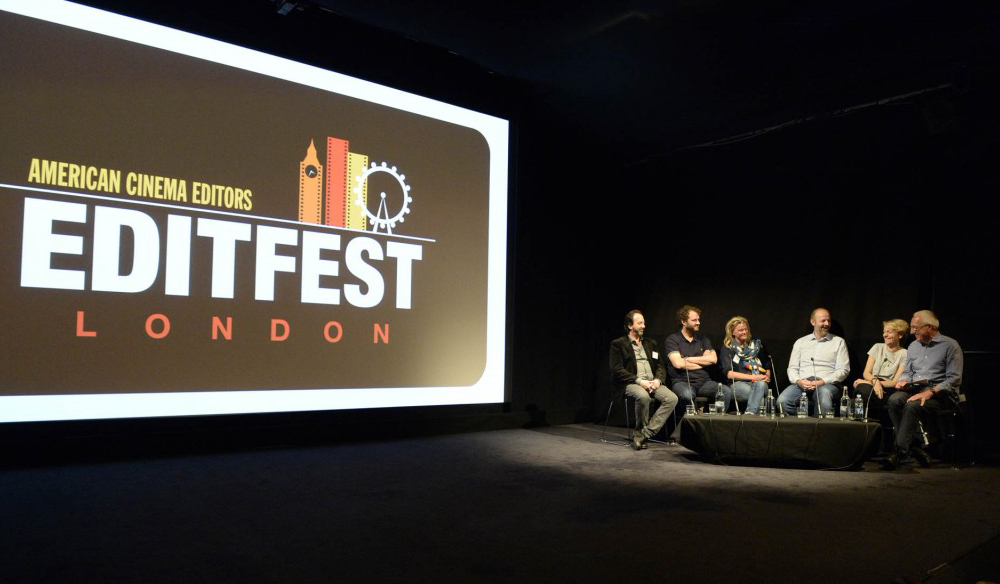 How To Become a Video Editor: Advice from EditFest London 2015

Want to break into video editing? Leading TV and film editors from around the globe share their top insights on the post production business. 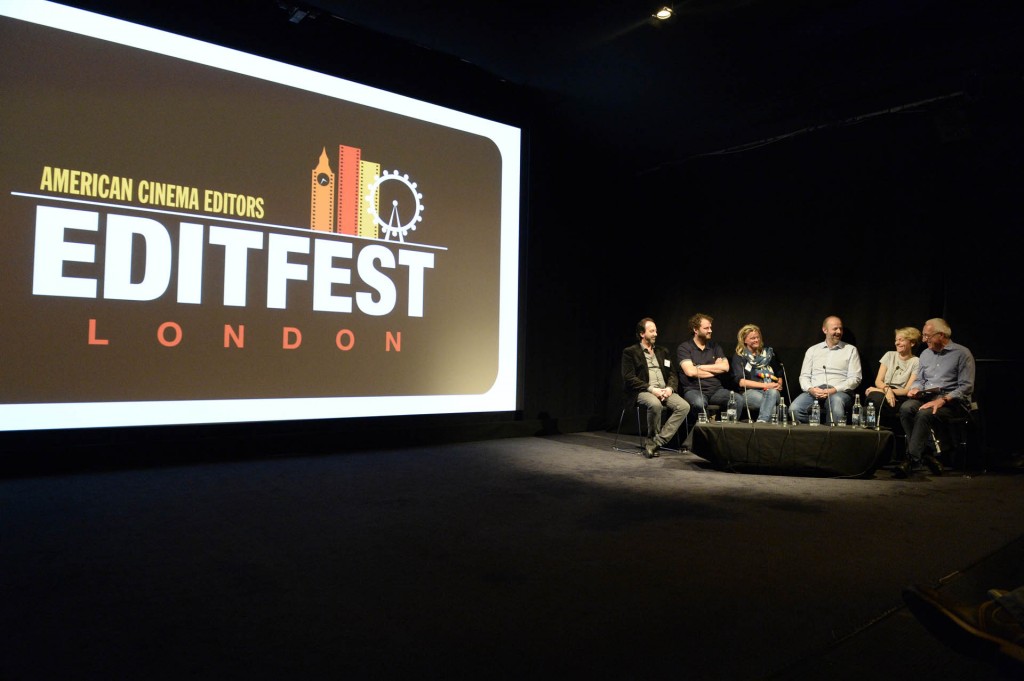 I was lucky enough to attend the third annual American Cinema Editors EditFest London event, in which top film and TV editors gather to share their work, discuss their craft and generally open up the doors of the edit suite to the outside world.

The EditFest is held in New York, Los Angeles and London are a rare opportunity to hear firsthand from some of the world’s foremost editors and I just want to publicly thank ACE for once again hopping across the pond to make something happen in London…it’s very much appreciated. It was fantastic to hear pearls of wisdom from such high caliber editors as Mark Sanger (Gravity), Barney Pilling (Grand Budapest Hotel), Lisa Gunning (Seven Psychopaths, 50 Shades of Grey) Anthony Boys (Veep, In the Loop) and Yan Miles (Sherlock, Band of Brothers) – to name just a few of the fine EditFest London panelists.

In the course of the day the panelists – first TV editors and then feature film editors, topped off with an intimate conversation with legendary editor Terry Rawlings – covered a lot of ground, but I thought I’d draw out two particularly important points: how to get started in your editing career and how to move from assistant editing to editor.

How to Break into the Edit Suite

One of the most obvious questions at an EditFest event is “How did you get started? How did you get your first break into the edit suite?” The consistent answer is: there is no one way. Everyone’s journey is different. Which is true, but, a common path is to start off as a runner in a post house and then work your way up as an assistant and then with a bit of luck and encouragement, step up to the editing chair itself.

One way the panelists all agreed would not get you into the suite was as a ‘know-it-all’ and that personality and simply ‘being a nice person’ was of huge importance.

Technical skills are a good way in. Because most editors are so busy they need an assistant who can anticipate what the editor’s going to need next, and so if your gamut of experience is that you’re technically hot but also you’re genuinely interested and hungry for storytelling. And that you’re a nice person. That’s really important as well. Because it’s a tiny space and everyone get’s tired and grumpy but if you’re the sort of positive, happy, calm assistant, any editor will welcome you into their environment. Personality is so important in so many ways in the cutting room. – Caroline Bleakley

I’d say it’s more important to be an nice person, than to be good at your job in fact. For an assistant I’d hire someone who I get on with more than someone whose got better credits. Because if they don’t know something you can teach them. But you still get on them. – Anthony Boys, ACE

One of the TV editing panelists, Emma Oxley, raised an important point concerning the changing nature of the industry, largely due to the explosion of footage that digital filmmaking enables, which alters the assistants role dramatically:

Nowadays the system’s changed so much, the assistants don’t have time to assemble, they’re just transcoding or exporting. They don’t even see the media anymore… But we now have trainees who don’t even know the Avid at all. So rather than working as a runner in a post house and potentially getting stuck in a machine room for a few years, we’re always looking for an extra trainee who is on a lot less money than the 1st or 2nd assistant but once you’ve got a few trainee jobs, generally it’s much easier to get your first assisting job. And I think that’s probably one of the quicker routes. And if you’re good, you’ll be constantly busy. – Emma Oxley

Editor Caroline Bleakley shared an excellent tip for those assistants or trainee’s lucky enough to find some time to sit over an editors shoulder, on making the most of your time in the edit suite:

Try to get into other people’s cutting rooms. Try to absorb as much as you can, but also come wanting to learn something specific, because that’s always useful in terms of engaging an editor in a conversation. There’s nothing worse than being told, ”would you mind if someone comes and sits in the back of your cutting room for a whole day.” And you’re trying to do the job in this terribly tight schedule, but also you want to pass the knowledge on – so it’s always great to come wanting to learn something specific because that’s a great way to engage an editor, we can then have a very clear conversation, whilst carrying on editing.

But how do you even get into an edit suite in the first place, especially if you don’t know anyone? VEEP editor, Anthony Boys ACE, shared a very modern perspective on the whole conundrum.

Today, it’s much easier to connect with people. It’s the oldest phrase in the book “It’s not what you know, it’s who you know.” And it’s the same for all of us, we’re still working with directors who just bring us back time after time. When you’re just starting out getting those first relationships is very tough. But now it’s so much easier to connect with people. Get on Twitter, get on Reddit, get on all the different websites and forums you can. Offer your services for free. Because you might meet some director whose fresh out of film school who is making a short, and if you cut it for free and he likes you,  he might go on to become someone and you’ll work with him forever.

Stepping up from Assistant to Editor 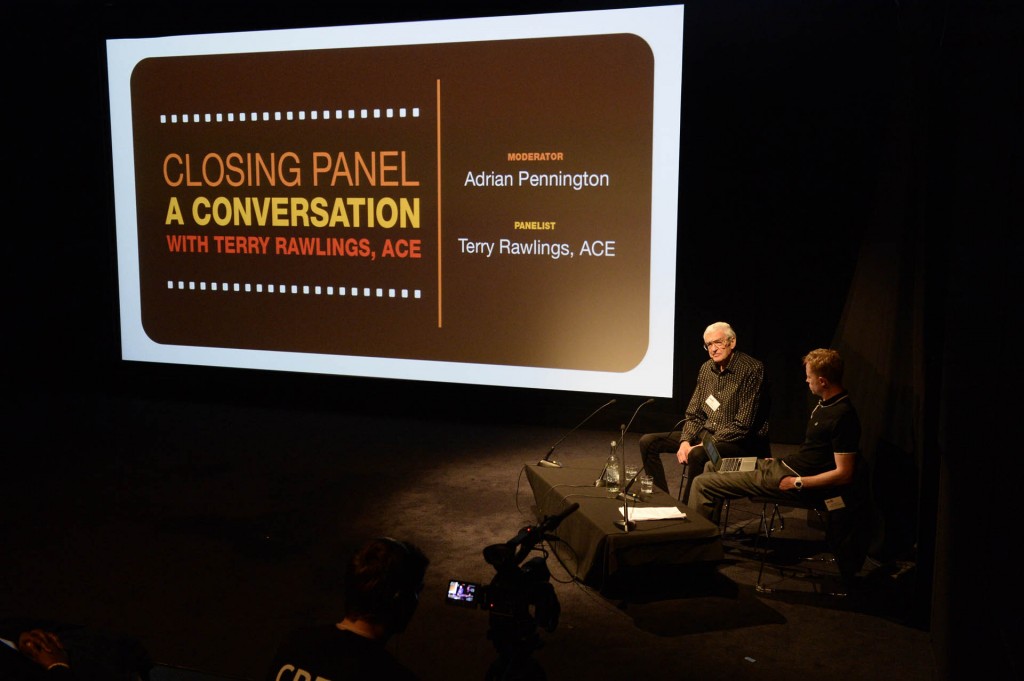 So if you have found your way into the edit suite and you’re working successfully as an assistant, how do you find the opportunity to step up into the editing chair? Moderator, John Wilson ACE, shared a useful insight on this from his own personal experience.

I was working on the first three series of Downton Abbey, and my assistant showed immense enthusiasm and ability, he’s now edited three series of Downton Abbey, and not only has he been elevated as the series progresses – because if you get into something that’s going to be a long running series, that’s where you’ll have your opportunities because not only is the assistant now the editor but the production co-ordinator is now the producer and so on and there’s a lot of examples in that series of people coming through.

Emma Oxley shared an interesting solution to the golden-handcuff problem of working as an assistant for highly established editors.

I was assisting working with some high-end editors on ‘two-parters’ and ‘one-offs’, and even though it was fantastic and you were surrounded by great people and with great writers, it was harder to get that break into editing. But I was fortunate enough to have a friend assisting on Hotel Babylon [a British mainstream TV series] and he was promoted to editor and so he took me on. And I thought if he’s going to be promoted, then this company is big on seeing people moved up, and I’ll take the chance with them. A few months later I got to edit the B block. And that’s how we both got our breaks. I’m not saying Hotel Babylon wasn’t as good as the one off’s but it was more mainstream and in it’s 4th and 5th series, so it’s much easier to be given that chance.

So it seems like it’s a great idea to a) work on a successful series for the long haul, b) have other friends who are assisting and might get promoted and or as I heard from another assistant c) wait for your show to be cancelled and then step up into the more senior positions while the established people flee to more stable gigs.