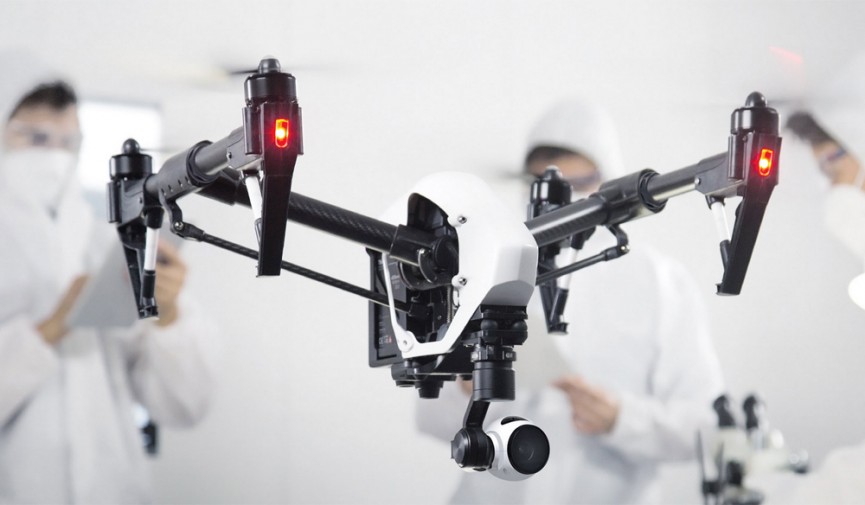 How to Calibrate the DJI Inspire 1 Drone

From bugs to calibration, here are some helpful ways to optimize your quadcopter drone.

As with any new technology, there are always some kinks to work out. You may have heard plenty of horror stories about drone crashes and lost connections. In reality, many times these come down to pilot error. However, there are times when bugs in the system can cause problems, including crash landings.

DJI has been constantly updating their firmware since releasing the Inspire 1. It’s necessary to update your drone as soon as updates are available. If not, you risk being grounded until you do update. You can grab the latest updates from the DJI Download page.

If you have not yet performed an update, here is a handy tutorial video from DJI. Prepare to hear some beeping. A whole lot of beeping.

Why do you need to calibrate the Inspire 1?

Users have noted that their DJI Inspire 1 tends to yaw to the left of right while holding the control stick straight forward. A YAW is the motion to the left or right on the drone’s vertical axis. It changes the direction the drone faces.

If you notice that the DJI Inspire 1 is not accurately responding to the controller, you will need to calibrate the Compass and IMU.

Find an open space to perform the calibration. You want to avoid any possible magnetic interference, such as parking structures, keys, cell phones, or any massive metal objects.

Turn on the DJI Inspire 1 and Master Controller.

In the DJI Pilot App, go to the Camera and tap the Aircraft Status menu. Select Calibrate Compass. 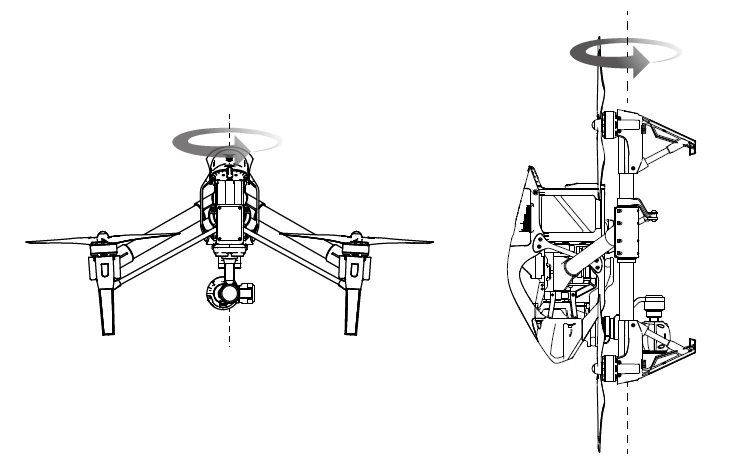 Now point the nose straight down. The indicator light will return to Yellow. Spin another 360 degrees counter clockwise.

If the indicator light is now a solid Green, the compass is calibrated. If the light flashes Red and Yellow, move over a few feet to another spot and repeat the compass calibration.

As DJI puts it, “The IMU incorporates both a 6-axis gyroscope and an accelerometer to monitor minuscule changes in tilt and movement. This allows the aircraft to compensate and adjust immediately, holding its position at all times.” As your mind recovers from reading that sentence, let’s break it down.

The inertial measurement unit (IMU) is an electronic device that measures velocity, orientation, and gravitational forces. It’s responsible for speed and direction of motion, staying upright, and maintaining any position.

The IMU is the brain. It is responsible for knowing if the drone is up in the air and level.

As complicated as all of that sounds, calibrating the IMU is actually incredibly easy. You should also make note to perform and IMU Calibration after every firmware update.

Turn on the DJI Inspire 1 and Master Controller. DO NOT FLY THE DRONE.

IMU calibrations require the drone to be in a “cold” state. Performing an IMU calibration after a flight can lead to this error message:

The system has overheated. Power off and allow to cool for 5 minutes, then re-start Calibration.

Place the Inspire 1 on a firm level surface away from any magnets or electronics.

In the DJI Pilot App, go to the Camera and tap the Mode menu. The MC Settings menu will pop up, then select Sensors.

The bottom of the Sensors menu will list Check IMU and IMU Calibration.

Make sure the Inspire 1 is on the ground in a stationary and horizontal position. Then select IMU Calibration.

The process should take 5-10 minutes.

Now that the Inspire 1 has been updated and calibrated, you are ready to take to the sky.

Want to see more about drones? Check out these posts:

Did you finally cave and buy a drone? Did you buy a DJI Inspire 1 or Phantom 3? Did you go with another type of drone? Let us know in the comments below.