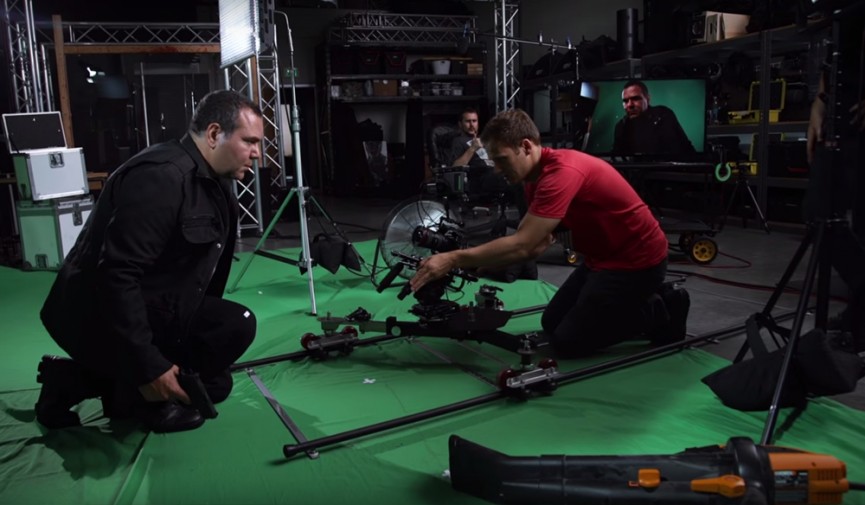 Creating a Photorealistic Superhero Landing in After Effects

The latest episode from Video Copilot will show you how to create an epic superhero landing in After Effects and build an entire world for the scene.

Andrew Kramer is back with all new episodes of the Video Copilot show. In this episode, you’ll see how Kramer and his team used some green screen techniques, 3D compositing, some camera tricks, set extensions to create a spectacular superhero landing in After Effects. And, of course, the episode includes Video Copilot’s always awesome VFX breakdowns.

Shooting only on green screen, the team did some amazing world building. By using some simple techniques, they were able to pull off some pretty slick stuff.

In the video, you’ll see how they used a few wooden blocks for the jump off of the building. With After Effects, they were able to add the movement of his upper body and head falling out of frame.

One of the best tricks in the video — the use of forced perspective. With limited space on set, the crew had their actor walk toward the camera and then slightly turn as the camera panned. He then simply walked back away from the camera. In After Effects, they added movement to the entire background to make it appear as if the actor walked in a straight line. The technique is very simple and very effective.

There are also some great practical tips for After Effects users, primarily how Kramer used classic matte-painting techniques to extend the elevator shaft. Only a small portion was actually built, and then the shaft was repeatedly stacked on top of itself. To keep from repetition, Kramer moved around some of the pipes and adjusted minor details to add more realism to the scene.

Finally, Kramer talks about building the actual landing scene, which required some work in 3ds Max to simulate the road breaking apart. Then he composited the shots in After Effects, allowing him to create the epic landing crater. 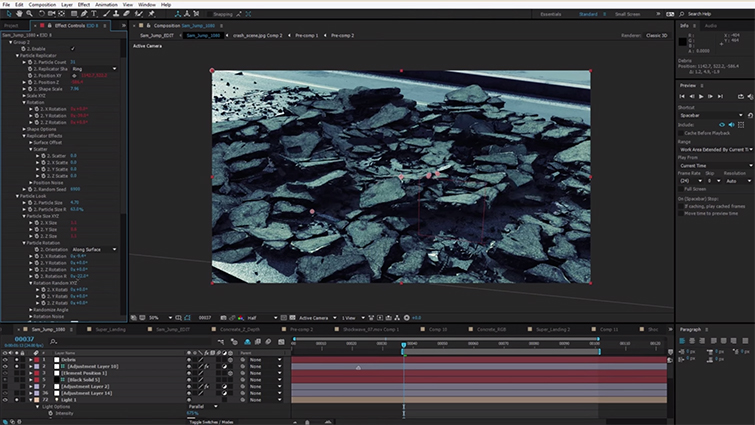 For more in-depth tutorials and project files, keep your eyes peeled on the Video Copilot blog. Kramer has already said, “I’m going to be diving into exactly how I did it!”

Ever tried to execute a superhero landing in After effects? We’d love to see the footage. Link to it in the comments below!