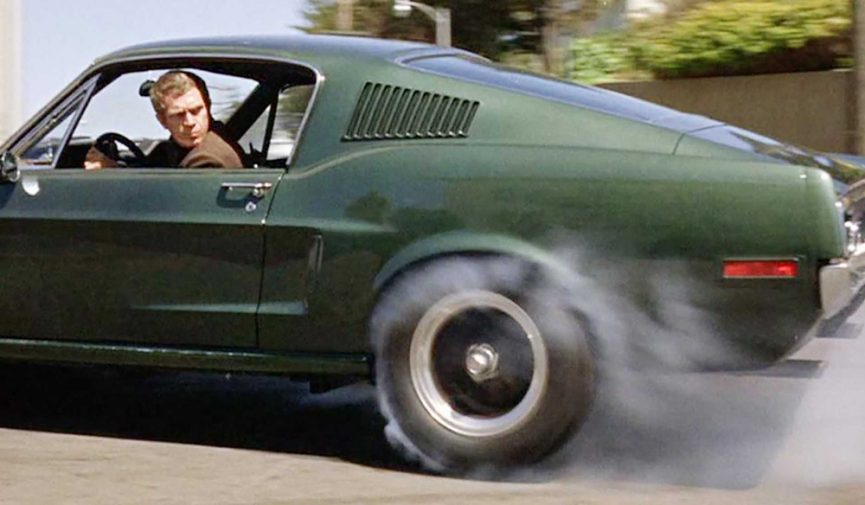 Floor it! Here are six pieces of practical advice and some behind-the-scenes tutorials on how to safely and efficiently film a pedal-to-the-metal car chase scene.

In way, cinema was built for the car chase, at least in the U.S.A. It’s everything we want to see. It’s loud, it’s dangerous, it’s action and conflict and decades of industry innovation all rolled into one explosive sequence of roaring engines and sweaty palms.

If you’re attempting a car chase scene for the first time (or even just starting production on your first film, no matter the subject), carry this truth with you in every moment: Safety is your top priority. Always, always, always work to ensure the safety of your actors, your crew, your cars, your equipment, and the safety of the surrounding area.

It takes a tightly controlled, well-rehearsed and creative mind to orchestrate a proper car scene that gives audiences reasons to sweat. Let’s dive into some tips, tricks, and practical behind-the-scenes advice from some of the best in the business.

In hindsight, every polarizing problem I’ve ever encountered on a shoot, whether the over-all experience was positive or negative, can be traced back to pre-production. With that in mind, the following can’t be overstated: If you want your car chase shoot to be safe, professional, and fun, you simply must put in the time to tightly script out every single part of it. Period.

And it’s more than just traditional scripting. A good pre-production plan should include a binder (sometimes several) of meticulous plans for every tiny part of the shoot. You can start broad and write out what you want for the final product, but be prepared to expand on, in practical terms, how every screech, side-glance, and burnout will sound, look, and feel, along with exactly how you will film it. 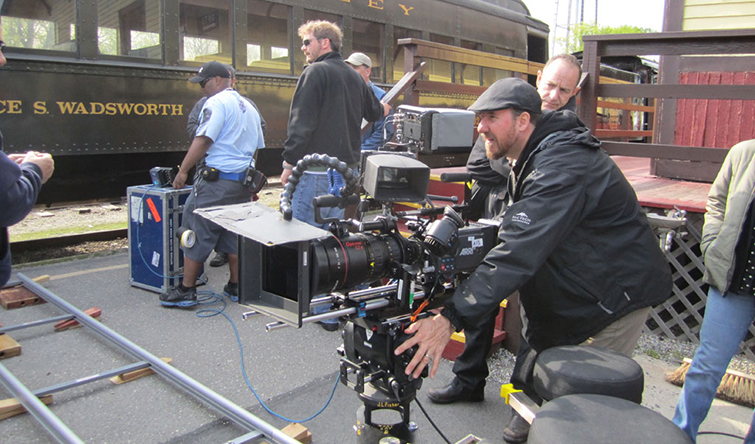 Giving due diligence to scripting will give you the most control over your production, which, when filming something as dangerous and traditionally out of control as a car chase, will help you get the best footage.

This doesn’t only apply to car interiors and the space immediately around your camera. To truly control your full set, you’ll need to clearly define and lay out the entire environment. This includes all the areas your camera will see as it moves around, in addition to “buffer” spaces around the action designed to safely protect the cast and crew from any unexpected automotive mishaps. 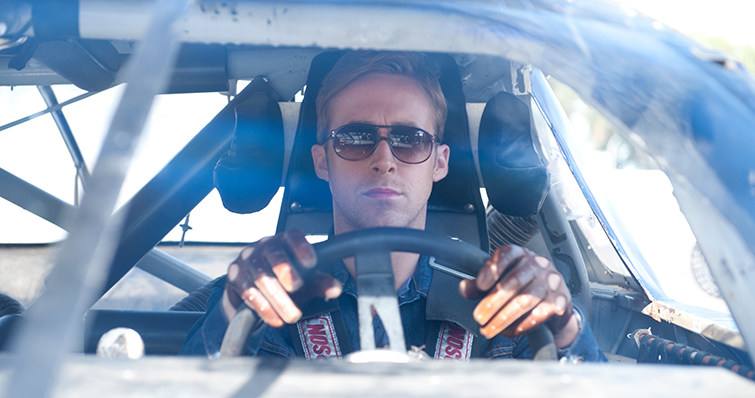 Which brings us to the next important tip: Use professional drivers! Unless you plan on shooting in a stationary car against a green screen, you’ll really be putting yourself and your crew in harm’s way if you enlist non-professional friends to perform complex car maneuvers.

Stunt driving isn’t just a noble profession — it’s an art form dependent on strict adherence to safety protocols for the benefit of everyone involved. Hiring trained professionals is your best bet if you’re concerned with staying on schedule and staying safe.

4. Move the Camera Around

Arguably, the best car chases are the ones that get creative and make the most use of diverse camera shots from many different places and angles. The possibilities really are endless. Even inside the car, you have a huge array of shots to consider. Study the classics and see what decisions your favorite directors have made, and take note of which scenes you like and why.

Once you have your base, make your plan to include shots you are certain will work and add a few that you might not be so sure about, as you haven’t actually seen them pulled off before. As long as your main coverage is solid and controlled, you can free yourself to experiment. 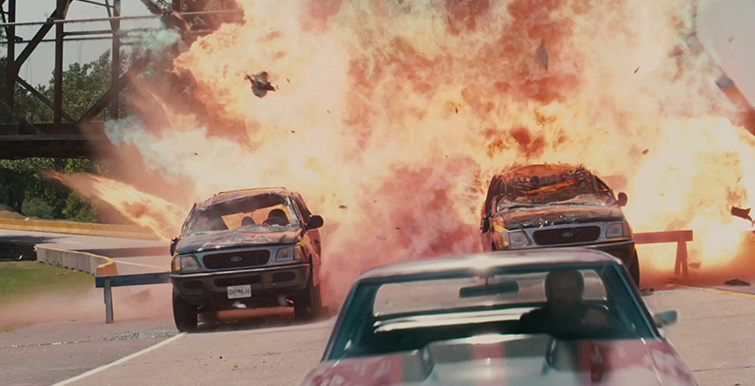 Action filmmaking is built on this principle. When Chuck Norris executes a perfect roundhouse kick, we aren’t focused on his alligator boot. We’re focused on the action the boot takes in the air before it connects hard enough to send a perp flying out of frame.

A car being driven down the road is mildly entertaining at best. A car gunning its engine as it swerves, slides, and hops a curb to barrel through an unfortunately placed newsstand, well, that’s another story completely.

The trick is to give your audience enough auxiliary information that they can create something far greater in their imaginations than you’ve actually produced. You get this in everything from reaction shots and off-camera shrieks to close-ups of small items in the car flying around.

6. Cheat as Much as You Can 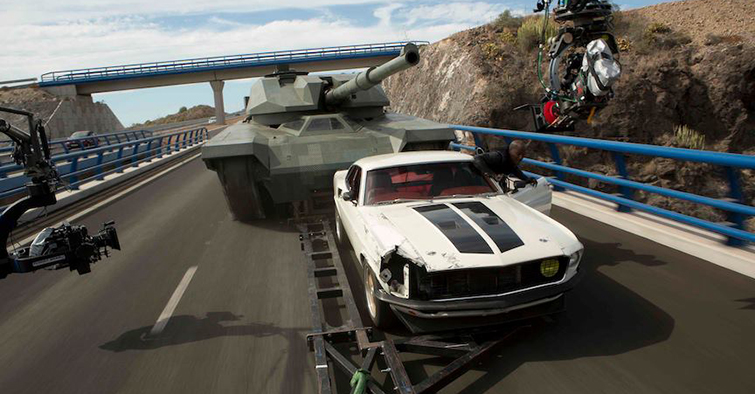 The golden line where safety and creativity meet is found when a director’s production decisions make the most of both. When faced with the litany of problems associated with shooting a challenging sequence, success depends on utilizing every production trick and camera cheat you have at your disposal.

If you’re doing it right, the behind-the-scenes video of your shoot will look as safe and boring as your final product looks exciting and out of control. Things like trailer rigs, car mounts, and camera cars are vital tools for safely capturing and presenting action that looks awesomely wheels off and dangerous.

Still feeling the need for speed? These in-depth features will definitely scratch that itch. Here are three videos from the guys at Film Riot (with some help from DJI Film School) which take you behind the scenes to demonstrate how they filmed a car chase of their own.

Featurette on Production and Cameras

Got any experience filming car chases, car crashes, or any other instances of intense automotive action? Share your tips, tricks, and techniques in the comments below!