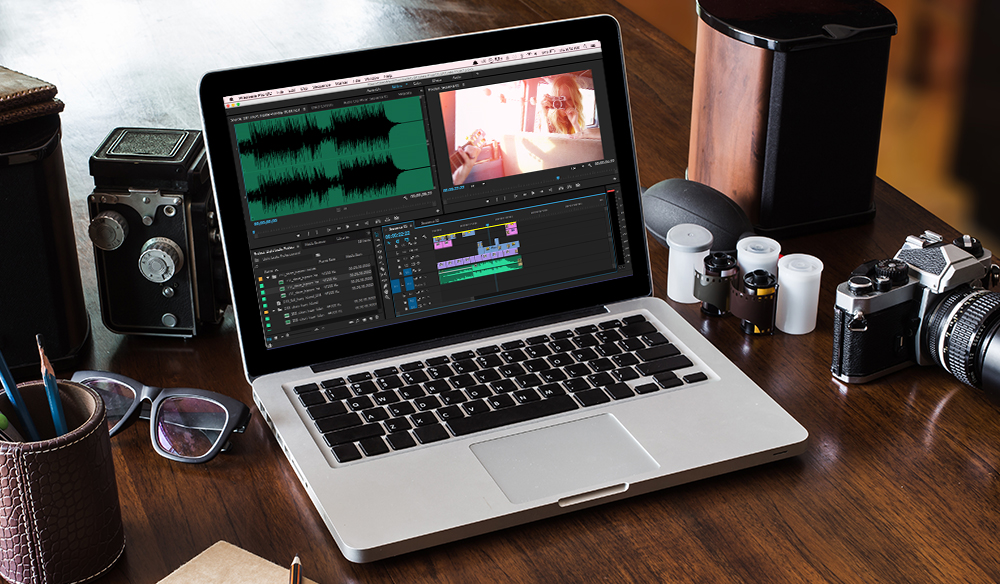 How to Find Where You Used a Clip in Premiere Pro

Here’s the easiest way to find where you’ve used a clip in Premiere Pro CC 2015.

Sometimes you need to be able to find a specific single clip in a large project or check that a clip has been replaced in every timeline you’re working in. Thankfully this is really easy to achieve in Premiere Pro. With this quick tip you’ll be able to find and jump to these specific places in no time at all.

You might need to do this when replacing temporary stock shots with the real, full-resolution footage or when you are replacing an old client logo with a new one. This is particularly useful when you have many sequences which all contain slight, but distinct, variations of the same edit. Maybe you need to find a specific shot in a timeline, but you can’t quite remember which one it’s in. So instead of rummaging around for ages, just do the following simple steps.

Find Where a Clip is Used in Your Premiere Pro Project

There’s actually a couple of different ways to find where a specific clip has been used in Premiere Pro. We’ll go through both options, as they’re equally useful in different contexts.

To find a clip when you know what the shot looks like from the camera original format of 00100.MTS, but you’re not sure of the clip name (like in the footage above that hasn’t been renamed), go to the bin where you think it might be and double click it to open it up into a new window. 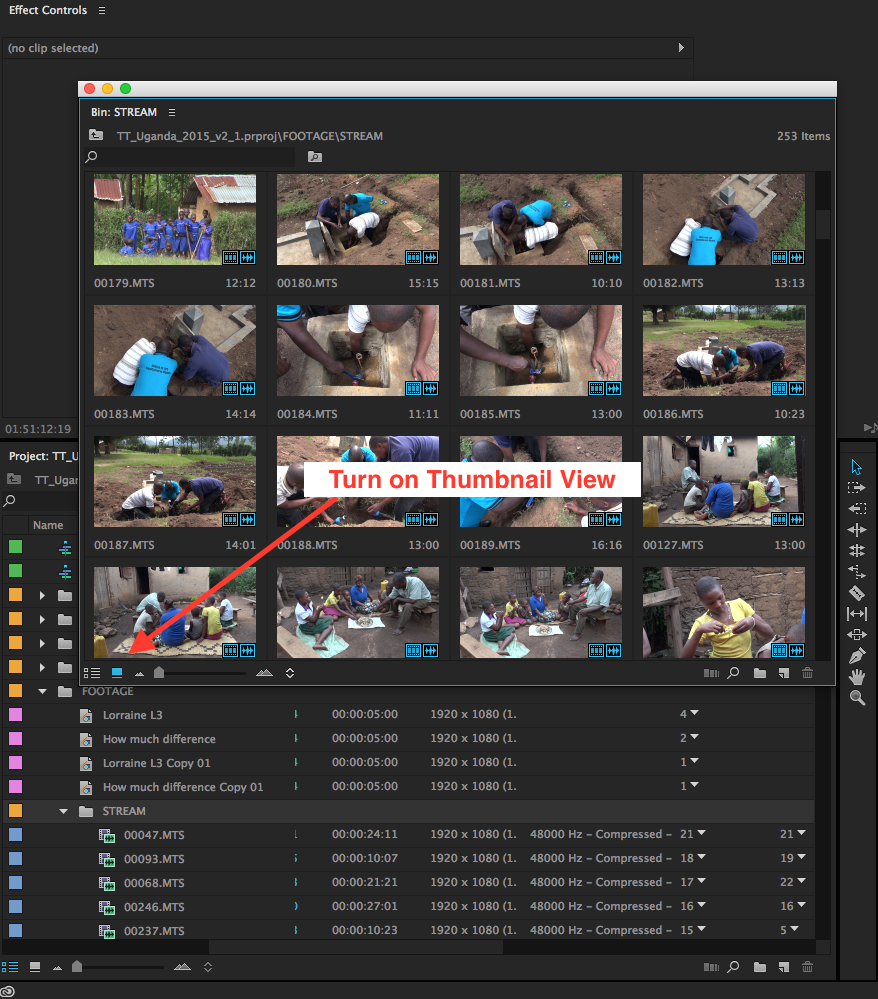 Turn on thumbnail view by pressing the icon highlighted above to view all your clips as video images and locate your clip.

Click on the video or audio usage icons (depending on which element you’re looking for) to bring up a list of all the places where the clip has been used in your project. This shows the name of the timeline, followed by the clip name, followed by the timecode of every in point of that clip. So in the list above, you can see four instances of 00186.MTS in the ‘Cut Aways Grouped’ timeline.

Click on an item in the list to open that timeline with the playhead at that specific timecode.

Another Way To Find Clips in Premiere

There is another way to find where a clip has been used in your project and this method is much more useful when you know the name of the specific clip you are looking for. First of all, we’re going to right click (Ctrl+click on a Mac) on the properties bar at the top of the Project Panel to bring up the Metadata Display configuration window. 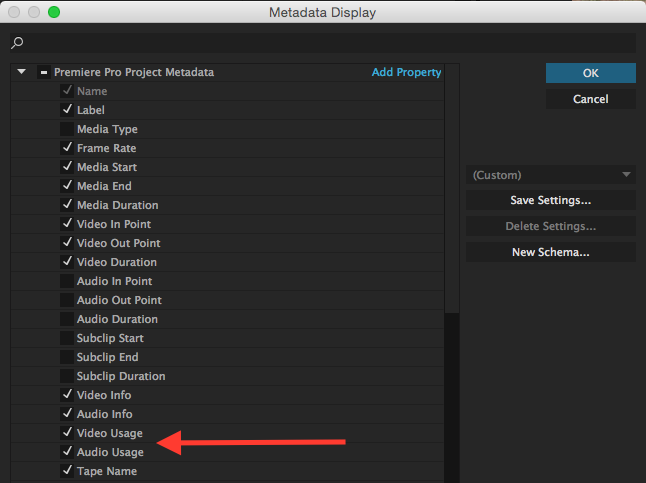 This window allows you to select which metadata fields are displayed in the Project Panel in Premiere Pro CC 2015. We’re interested in the “turn on the Video Usage and Audio Usage columns.”

In the Project Panel, scroll to the right to find the Video and Audio Usage metadata columns for the clip you are looking for.

In this case, 00186.MTS. If you didn’t even know where the clip was to be found in the project’s bins and folders, you could simply type its name into the search box in the top left corner of the Project Panel.

Next, click on the Video Usage disclosure triangle next to the number (which is telling you how many times the clip has been used across the project) to bring up the familiar list of places where the clip is to be found.

Got any go-to tricks that make working in Premiere Pro easier? Let us know in the comments below!