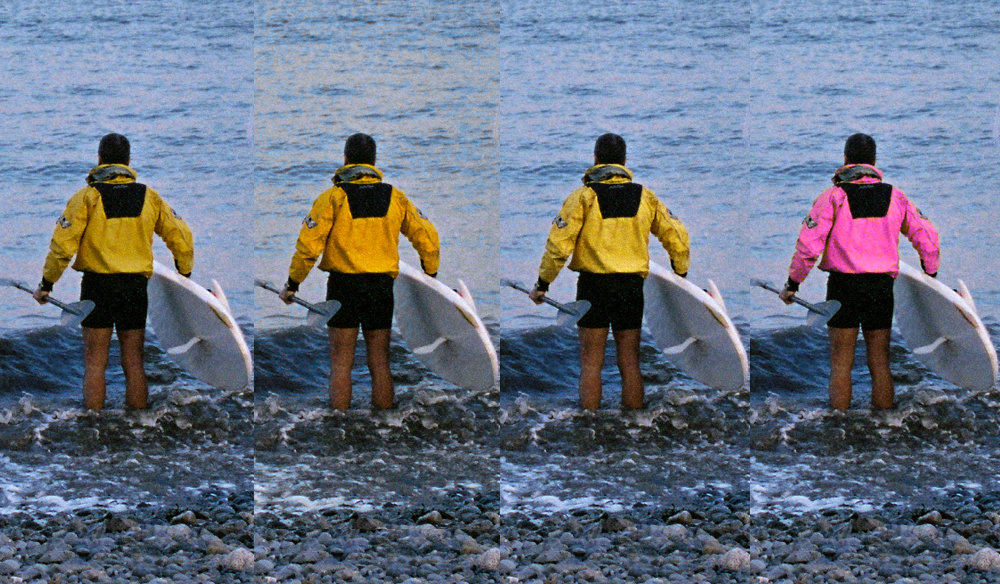 Color Grading: Working with Hue vs. Curves in DaVinci Resolve

Color wheels are certainly the primary grading tool in DaVinci Resolve, but that doesn’t mean you should ignore curves altogether.

As an old school After Effects user, the RGB curves was my initial introduction to and primary method of color grading. Unless you had a third-party plug-in, RGB curves were the “advanced” method of color grading in After Effects around 2006-2007. Color panels and Lumetri came just after I had left the platform to become versed in DaVinci Resolve. I was excited to finally leave curves behind and jump into the color wheels, where the professionals seemingly spent all their time.

Of course, there’s no denying that the color wheels are the primary grading foundation in Resolve. However, this is not to say that we should dismiss curves. In fact, with curves, especially the HSL curves, you will find a wholly new and advantageous set of tools.

Let’s have a look at what the different operations will do. (If you’re unsure how to find the different curves tools, you simply open the drop-down menu next to “custom.”) 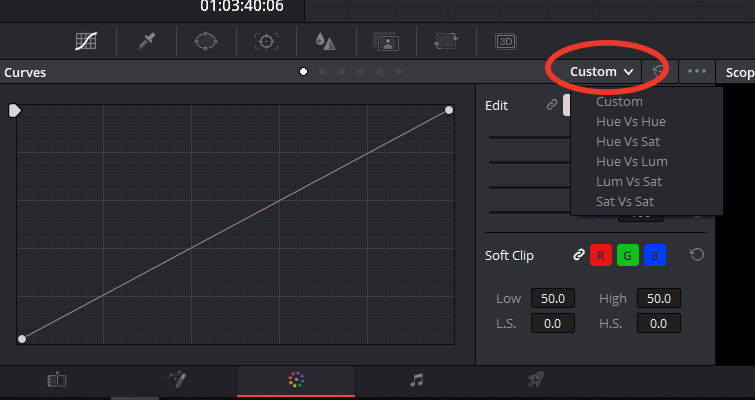 The Hue vs. Hue curve changes the selected hue to any other hue. There are a few ways you can work with these curves. You can select the hue icons below the curve, which will create curve points at the corresponding hue position in the curve panel. In example image below, I’ve clicked the cyan icon, and it’s created a broad cyan control point on the curve, and by moving it up or down, the sea changes hue. 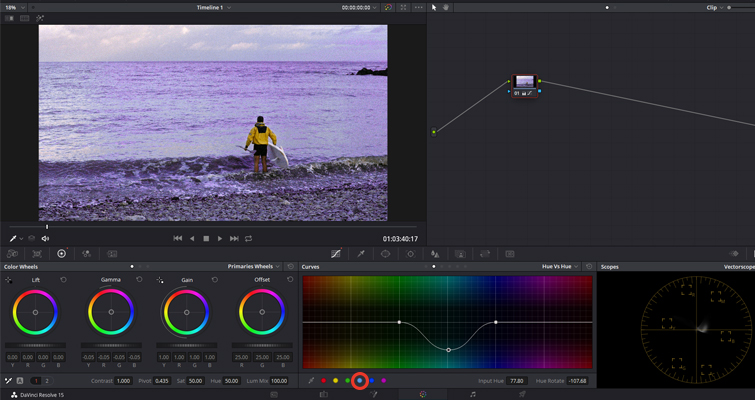 This method is ok for when the hue change is a very broad adjustment. A better way of using the curves is to hover over the pixel range in the viewer, and left-click with the qualifier. This will then create a more defined curve point for precise manipulation.

For example, if I’ve received instruction that the actor actually had a pink jacket on in the scene, and I need to correct it in the before shot, I’ll change the curves to Hue vs. Hue, hover over the yellow jacket, and left-click. 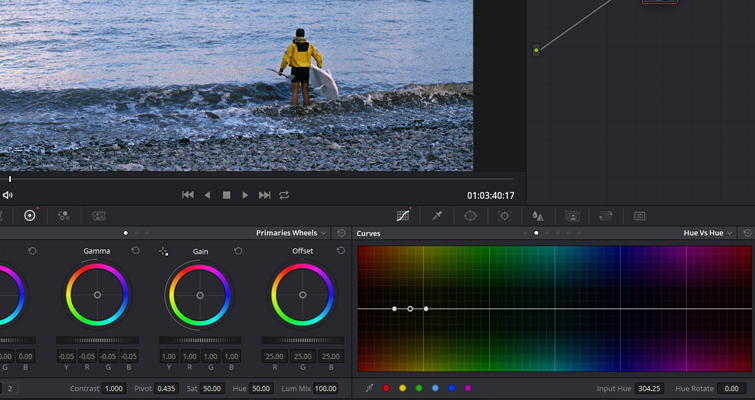 Now, within seconds, I can shift the yellow jacket to a new hue. 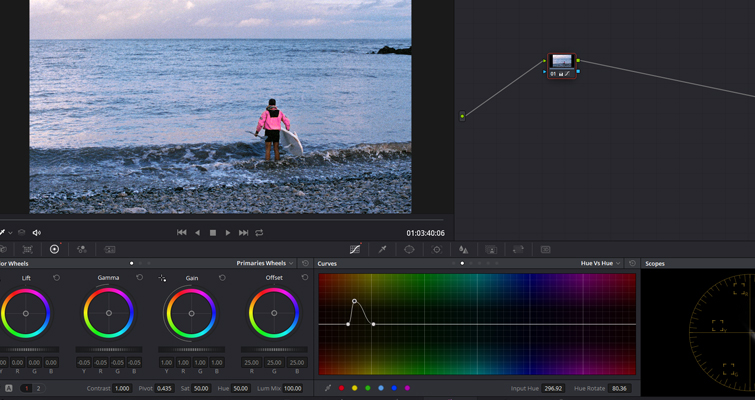 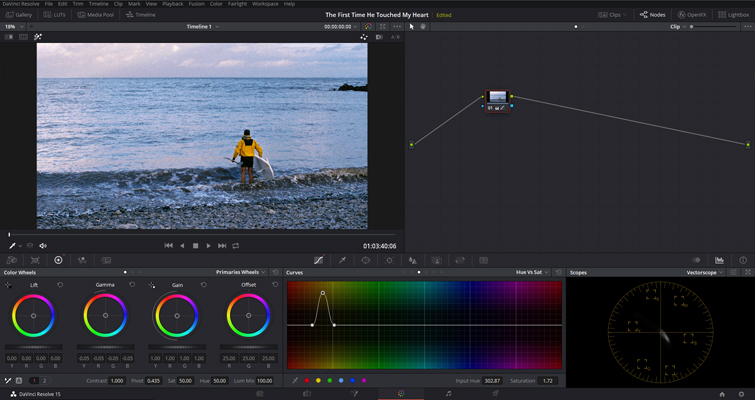 In the example image, while the paddle boarder is obviously noticeable as the only object in the composition, he doesn’t necessarily stand out. By increasing the saturation of his jacket, he immediately becomes more dominant in the frame. 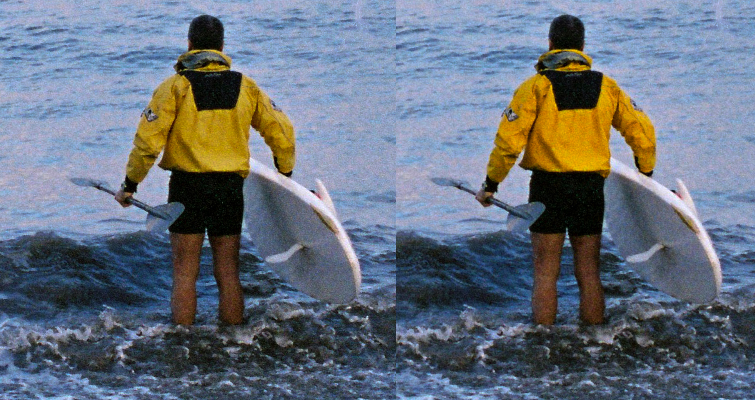 Conversely, if you felt like the paddle boarder was too visible, and the story required the character to be almost seamless with the composition, you could desaturate his yellow jacket. Note that this goes for all of the Hue vs. curves — you do not need to create a new node when selecting a different hue to manipulate. For example, if I wanted to saturate the yellow jacket and desaturate the ocean water, I could do so on one node on the same curve. 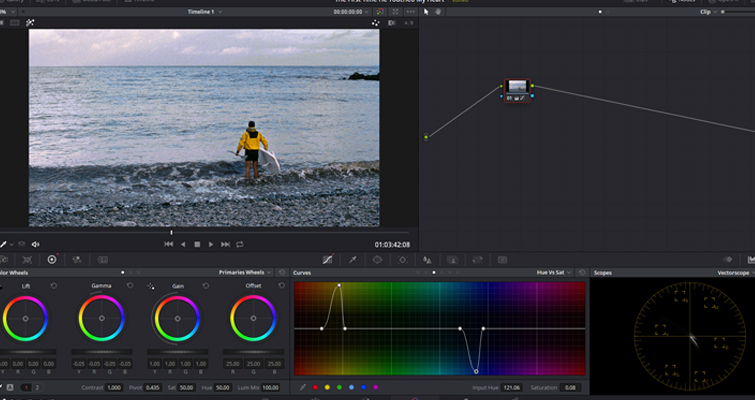 The Hue vs. Lum curve will affect the hue’s luminance. While powerful, say, for bringing a hue to life in an otherwise glum scene, it isn’t necessarily used often on 8-bit footage, or footage with a highly compressed codec. That’s because it will quickly bring out the artifacts. However, even with compressed footage, you can still slightly lighten hues to give them more attention without degrading the image. 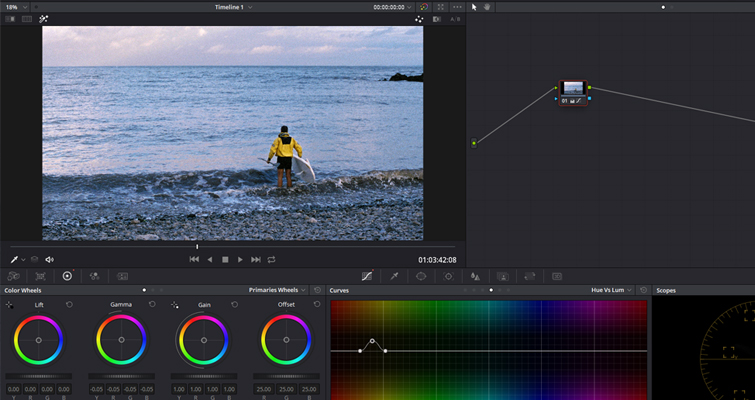 At first, it seems like the Hue vs. Sat and Hue vs. Lum curves are completely similar. In essence, I guess you could say they are. They both make a hue more or less visible. However, you have to remember that luminance accounts for how much black or white is mixed with the hue, while saturation indicates how much gray (or how pure the hue is). 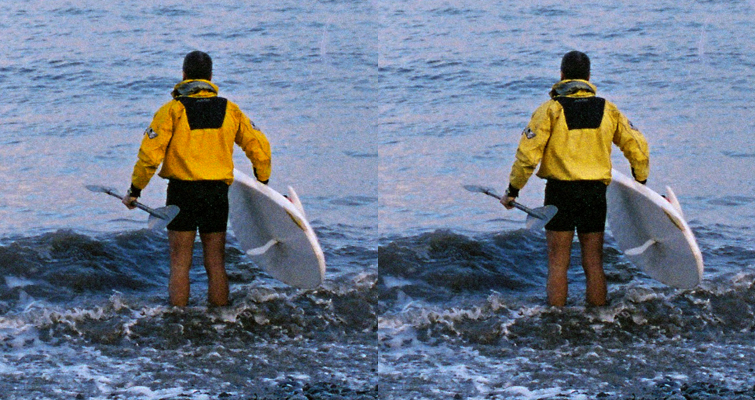 Increased saturation on the left; increased luminance on the right.

So yes, while the goal of increasing a hue’s visibility will remain the same, the visual result will differ.

The Hue vs. curves aren’t designed to completely overhaul the color schematics of your entire image; they are there to tweak and correct. The next time you feel like your image is great but is missing something and you can’t figure out what it is, take to the Hue vs. curves and see if a small tweak to one of the hues completes your image.

Looking for more info on using DaVinci Resolve? Check out these articles: