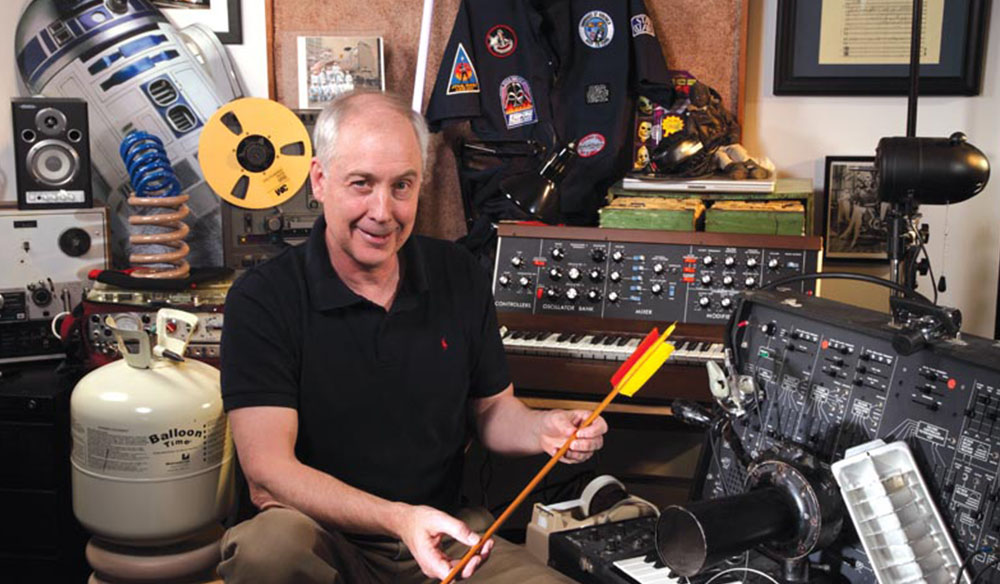 Insights From the World’s Best Sound Designers and Mixers

Learn from filmmaking’s best mixers and sound designers with these interviews from Dolby Insider.

Never heard of Dolby Insider before? Neither had I, but I was glad to stumble across it. It’s a treasure trove of insights from some of the film industry’s best mixers, sound designers, and other creative artists.

In this first video, from the 30th Anniversary Blu-ray edition of The Right Stuff, sound re-recording mixer Randy Thom shares his memories of the early days of mixing the epic movie. You can watch the video above.

We didn’t have access to a big library of jets or explosions, and there were going to lots of jets and lots of explosions in the movie, and so I started going to… various military bases around the U.S. collecting sounds. So among other things, I would go out with these bomb disposal teams who would find these under exploded bombs in the middle of a firing range in the desert. And either diffuse them or blow them up… they’d attached explosive devices to these thousand bombs and then we’d march a hundred yards or so away and we’d hide behind a rock. I’d have my microphone set up and they’d blow it up and I would record it. I think the effort to capture as much original sound as we did, is probably a hallmark of The Right Stuff.

One of director David Fincher’s favorite things to do is to perfect his films with split-comps or split-screens of the very best performances per person. In The Social Network colorist Ian Vertovec had to manage these shots through the final stages of post-production.

I think the most wedges that a single frame is split into I think is 5 or 6 individual elements that were all incorporated into a single frame… and we really had to do our work throughout the DI, just to make sure that all those visual effect shots were coming through and they were stabilised correctly and the splits were sown together properly… we were dropping in visual effects shots all the way up until the final deliverable.

Here are a few more interesting tidbits from Ian on color grading The Social Network, working with David Fincher, and what it’s like to get to work with the final sound mix.

The work of Sound Designer Ben Burtt (Star Wars, the new Star Trek films, Raiders of the Lost Ark and many other blockbusters) will be instantly familiar to generations of cinema-goers. In these videos you can gain real insights into his creative process, industry experience, and hear his advice for would-be sound designers.

I’ve always felt that, no matter what you do in the movie industry, your best preparation is to maybe learn many others things that may be have nothing to do with film… learn to write, learn some things about history, maybe some electrical engineering… the performing arts, especially motion pictures uses every discipline and you find that if you become knowledgable about something to the point that you develop a unique view point as an artist, then you can bring that to your film work.

In these videos you can hear from Burtt about his work on Super 8, including working with new technology, collaborating with a composer, and delivering to a very tight schedule.

We had to really act on instinct, there wasn’t a lot of chance to try something, and then the next day polish it and then come back two days later to listen to it and polish it again. You only had a few shots at something…. but that can be a good thing, because you trust at that point the taste of everyone in the crew… but also you act on your own gut feelings about things, and that can sometimes be more exciting.

What do you think of all this awesome insider information? Did you see anything on Dolby Insider that you’d like to share? Do so in the comments below!