From her first role to today, Julie Benz has played a number of unforgettable characters. We sat down to talk shop and get some insight.

Julie Benz is known for breaking hearts, and she has brought depth to many of your cult favorite shows, including Rita in Dexter, Darla in Angel, and Robyn in Desperate Housewives — to name a few. We had the opportunity to find out what she’s learned and what its all meant to her. 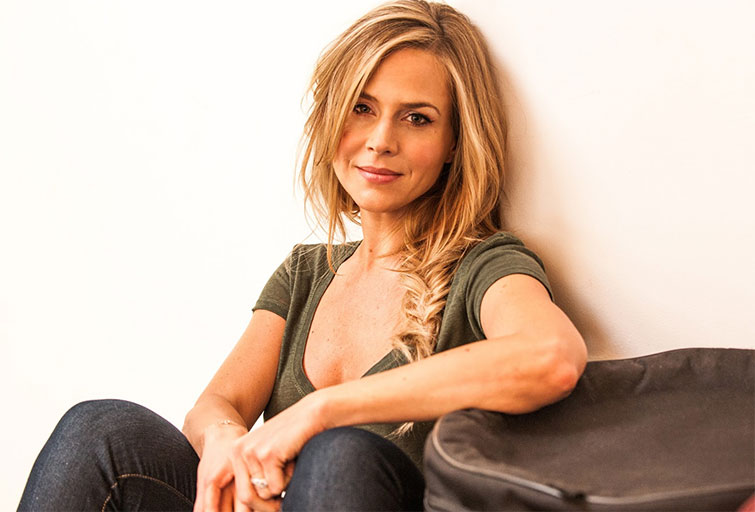 PremiumBeat: I want to start with Hi Honey, I’m Home! YouTube is a gold mine, and I watched the pilot, which was super charming. You were cast as the naïve-yet-nubile daughter of a 1950s TV family living in the ’90s. It’s your second credit on IMDB, and you are a series regular — and that wasn’t an easy role. You had to emulate a very particular style and vibe. What was that experience like for you both artistically and emotionally, being so young with such success and responsibility?

Julie Benz: I was 18-yrs-old when we shot the pilot, and we went to series almost immediately. The show filmed on location in Orlando, Florida, and it was the first time I was living on my own. I remember showing up five minutes late one morning, and Gale Gordon (from I Love Lucy — he was the guest star that week) pulled me aside and said “Honey, when they give you a call time of 10 am, that means you arrive at 9:30 am, get your coffee, eat your breakfast and be ready to work at 10 am.” That rule has stuck with me ever since. I’ve been nicknamed the Benzinator on set because I’ve become such a stickler for time.

To be honest, it wasn’t easy; I was the only 18-year-old on the show. Everyone else was a lot older or a lot younger. The work part was fun, but the life part was hard. The older actors would go out to bars (and I was too young to join). I didn’t really fit in anywhere. I spent most of my time alone, which was tough.  And in terms of how I was treated on set, the production got away with a lot of BS. I didn’t know any better, and I didn’t have anyone there physically looking out for me. When I look back, it was valuable. I learned how to advocate for myself and also learned the importance of reading contracts and making sure I’m not being taken advantage. Also, I learned how to be alone without being lonely.

It’s made me empathetic and more aware now. I make a point of letting any of the younger actors I work with know that I am there for them if they need anything. And I make sure that they are included in dinners, movie outings etc. To make them feel included. It’s so important. 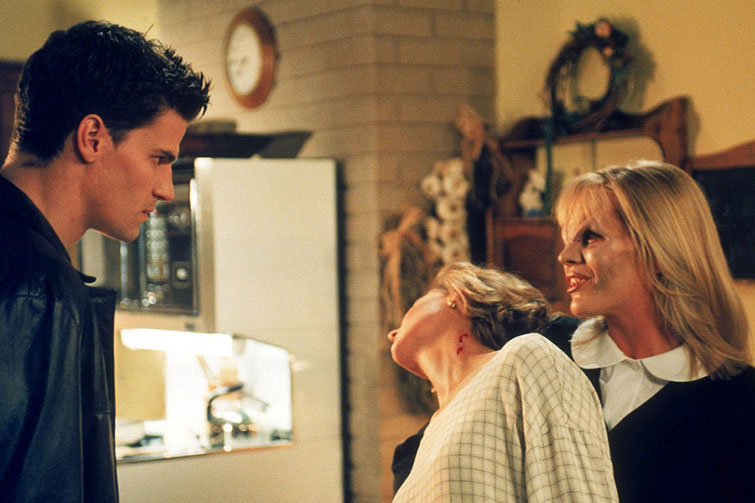 PB: Two series I think you probably get the most buzz over are Dexter and Angel/Buffy. Darla was supposed to only be in the first episode of Buffy The Vampire Slayer. Clearly you made an impact. What has been the impact on you of playing such a fun, dark, and tragic figure?

JB: Darla was epic! What a wonderful gift I was given to play her! I always say that playing Darla was like going to the best graduate school for acting. Joss and the writers challenged me on every level in every episode (emotionally, physically, spiritually). I had just graduated NYU with a BFA in acting, but I didn’t really learn to act until I was on set playing Darla. 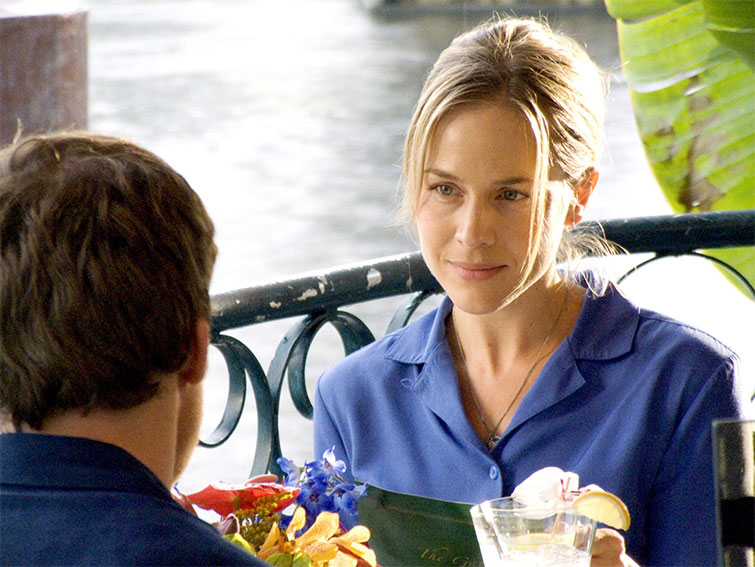 PB: One of your great strengths is your vulnerability as an actor. So many of the women you’ve played have been broken in some way. Rita in Dexter is a terrific example. I’ll credit the writing, but honestly you elevated a woman who on paper is victimized by men (her first husband physically and emotionally abused her) and Dexter (serial killer) to strangely being quite empowering and inspiring. How did you see Rita’s evolution, and what was the most challenging part of playing her?

JB: I loved Rita. Season one Rita was my favorite. She was a fragile bird with a broken wing, but she still believed in love and in the good of others. I think the hardest part for me was her evolution. I loved how damaged she was in season one, so it was hard for me to let go of that and allow her to grow and change.  At times I felt she lost her depth, but she needed to grow in order for the story to evolve.  At her core, Rita was pure light, pure love. She was innocent and the vehicle that allowed the audience to fall in love with Dexter.

Through Dexter’s lens (and some of the fans!), she was the villain to his serial-killing ways. People come up to me all the time to say Rita was so annoying. It’s all I can do to remain calm because sometimes I can’t believe I have to remind them she was unknowingly living with a psychopath and that Dexter was the villain, not Rita. 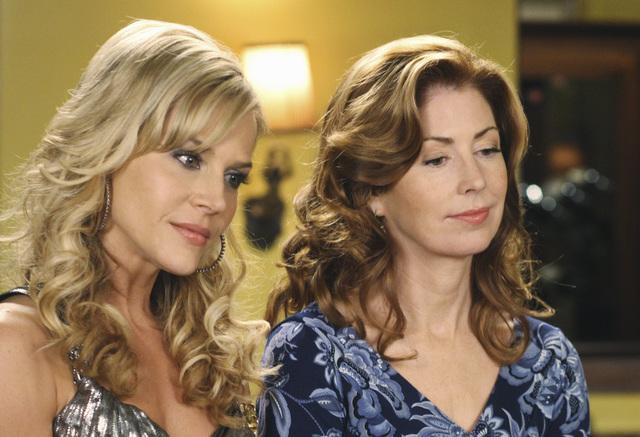 PB: You are often cast in sexually provocative roles — from Training Day to Desperate Housewives. Is this something you embrace or find frustrating? Are there roles you wish you’d be considered for, but feel you may get passed over because of how you’re branded?

JB: I embrace the good, the bad, and the ugly, and to be honest I don’t see myself as branded. I’ve been known to go to auditions with no makeup on and not having washed my hair in three days because that’s where the character lives. In fact, as Rita in Dexter, I would go on camera with no makeup. I remember when Dexter season one came out, every interview I did was about how brave I was to go on camera without makeup on. Honestly, I didn’t think about it that way, I was just trying to reveal where Rita lived emotionally. I wasn’t thinking about me and how it would be perceived.

I’ve been fortunate to play a wide, diverse range of characters. And I don’t categorize the characters I’ve played as being sexually provocative. Both Robyn (Desperate Housewives) and Holly (Training Day) were career women. Holly especially. I thought of her as a businesswoman first. I think instead the through-line of the characters I play is more about real women, flaws and all — from Darla to Rita to Robyn to Holly, they are all survivors. That’s the through-line.

PB: You’ve been killed off, resurrected, replaced in series — endured hours of painful vampire makeup and been in challenging locations such as the jungles of Thailand (for Rambo).  What keeps you positive, sane, and excited for the future?

JB: The truth: I love it. I love being an actor. I love being on set. If you asked me to name the most amazing place to be, I would say “on set.” I just love it.