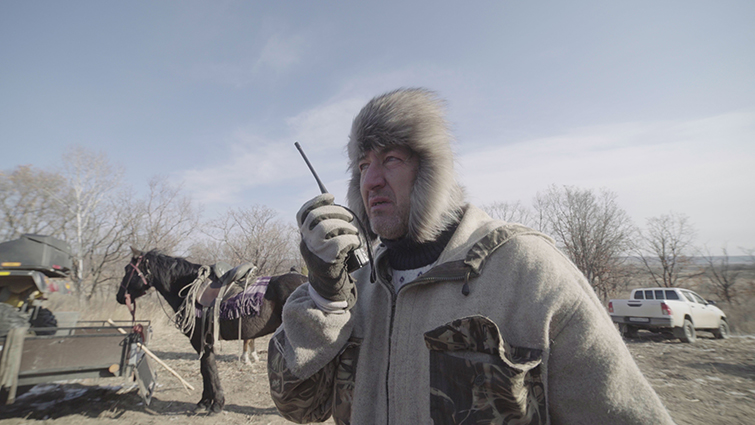 I’m a huge fan of documentaries. In particular, I enjoy and identify with the sub-docu genre of classic cinema verité style.

Tigerland premiered at Sundance 2019, and it is one of those unique and powerful documentary features that employs the classic rules of cinema verité with the modern styling of mainstream documentaries.

From the official Sundance bio:

50 years ago, a young forest officer in India rallied the world to save tigers from extinction. Today, the creed is carried on in Far East Russia by the guardians of the last Siberian tigers, who risk everything to save the species.

We sat down with director of photography Matt Porwoll (who has shot other notable documentaries like Cartel Land, The Trade, and At the Fork) to talk about the challenges of shooting across continents, recording wildlife, and capturing verité footage in the modern age.

PremiumBeat: Tell us about Tigerland.

When we set out to make the film, the biggest thing Ross Kauffman, the director, wanted was a film that showed the respect of the tiger, rather than just the negative aspects of poaching or loss of habitat. Rather, the goal was to make a film that celebrates tigers while also showing the decline in numbers and the work that needs to be done.

We tried to bring in a lot of verité elements. Both Ross and I are traditionally verité filmmakers, but we knew there would be some other elements in there as well with archival and animation. It was a new film in a way, but quite an experience and challenge in itself. 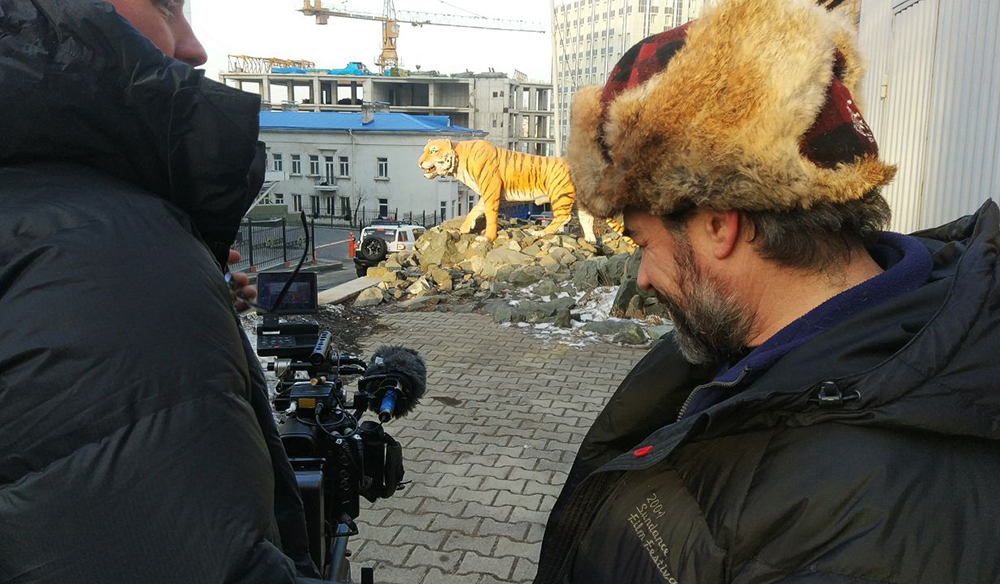 PB: What was it like jumping into this project with a verité mindset?

MP: As all verité films go, you never really know what you’re going to get until it starts to happen. We’re following a story that is active and present. So, when we were going into Russia with Pavel, who works with World Wildlife Federation, we didn’t quite know what to expect. We knew we had a fascinating character. We didn’t quite know what was going to unfold, and as you hope with verité films, […] the second you get on the ground, things start to develop and you just want to jump in and follow it.

PB: What camera or cameras did you use on Tigerland?

MP: The choosing of the cameras, especially as well as the lenses, came down to what Ross and I were comfortable with and what we had used in our verité films in the past. We also knew we were going to be in a lot of difficult environments to shoot in. We were in Russia in February, so we had temperatures as low as -25 degrees. Then we jumped to India a month later where it was over 110 degrees. So, it was quite a spread on what we were going to put all this equipment through.

In my experience with cameras in the past, I knew that the C300 Mark II was going to be able to hold up to that. 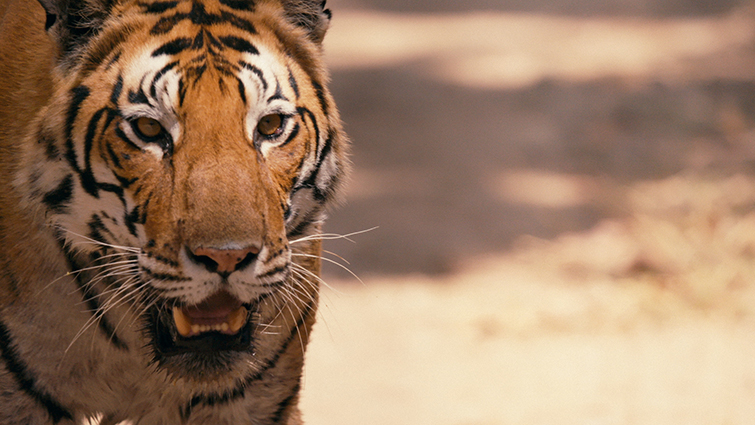 PB: And what lenses did you use with the C300 Mark II?

MP: For lenses, there’s always this compromise of how much gear should we bring to get as cinematic look as possible, while also needing to be fast and nimble and all that. So what we ended up settling on to give this film a look was shooting on the Canon CN-E Compact zooms 15.5-47mm and the 30-105mm T2.8. That’s because those lenses gave us the full coverage that we needed for shooting verité but are also incredibly sharp with very good contrast and color rendition. We wanted to try and convey that feeling of being in Russia in the winter with the starkness and cold.

We also took a set of vintage Canon K35s which were fantastic and very different from the compact zooms. They’re milky and smooth in the highlights, lower in contrast, and flair like crazy in a beautiful way to give the film an atmospheric element because the environment of the tigers is a character itself.

In India we kept the same setup. But, because India is so warm and so rich, we tried to shoot as much as we could in all setups — verité or otherwise — with the K35s. Thankfully most of the shoots in India were constrained, in a lodge or in the back of a jeep, so we had an easier time shooting in primes. When we needed to shoot more coverage with the zooms we added a Tiffen 1/4 Black Pro Mist on the front of it to help soften it to match easier with the K35s.

In India when we had three days in a tiger preserve, we had a Canon 50-1000mm, which was perfect for capturing the tigers and wildlife in the park. 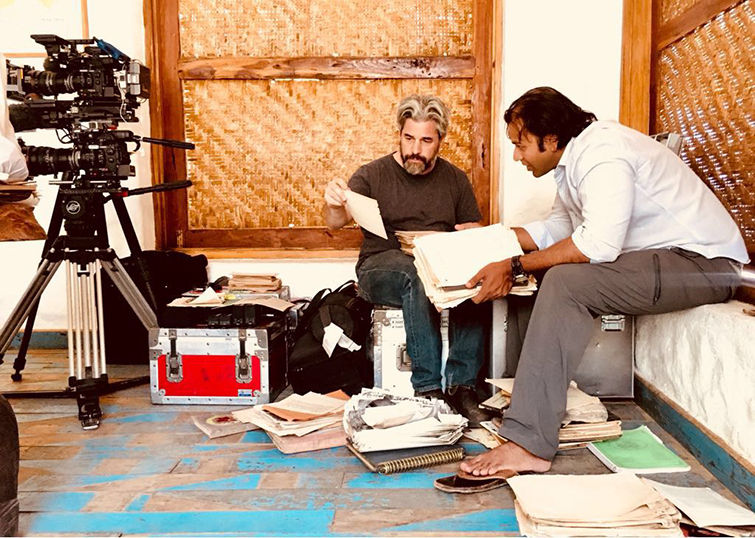 PB: Do you have any advice for aspiring verité documentarians?

MP: There are two sides of verité shooting. The first side is just allowing yourself to be as open and present as possible. Especially nowadays, it’s very easy to let the equipment and the technical side of things bog us down with lugging around the right camera, bringing the full lens package, and doing that kind of stuff. If you’re not present in the moment, then all that technology just bogs you down because that’s where your mind is focused.

The key to good verité filmmaking is letting your gear work for you and spending time with your characters. Letting yourself experience the moment through your own eyes, but also being aware of how your characters are experiencing it as well.

The other side is just the more time you can spend in the field with your characters, the better your verité is going to be. You’ll be able to really put yourself in their shoes as much as possible.

It’s just something that takes a lot of time to learn to move with people and be unobtrusive in the moment, which all comes from learning how to listen and observe without letting the filmmaking side of it get in the way.

I think the only way to do it is to go do it. Get out and practice. Even without a camera, practice watching people. See how they move, how they speak. When they make decisions to pause, or interrupt a lot, or be a listener and speak only at the end. All these are signifiers to give you an entry point to the filmmaking side. When do I move? When do I zoom? Where are the edit points?

All of those things — just learning to observe and take notes will make you a better verité filmmaker.

For more information on Matt Porwoll you can check out his personal website.

All images via Tigerland.

Looking for more filmmaking interviews and insights? Check out some of these articles below.