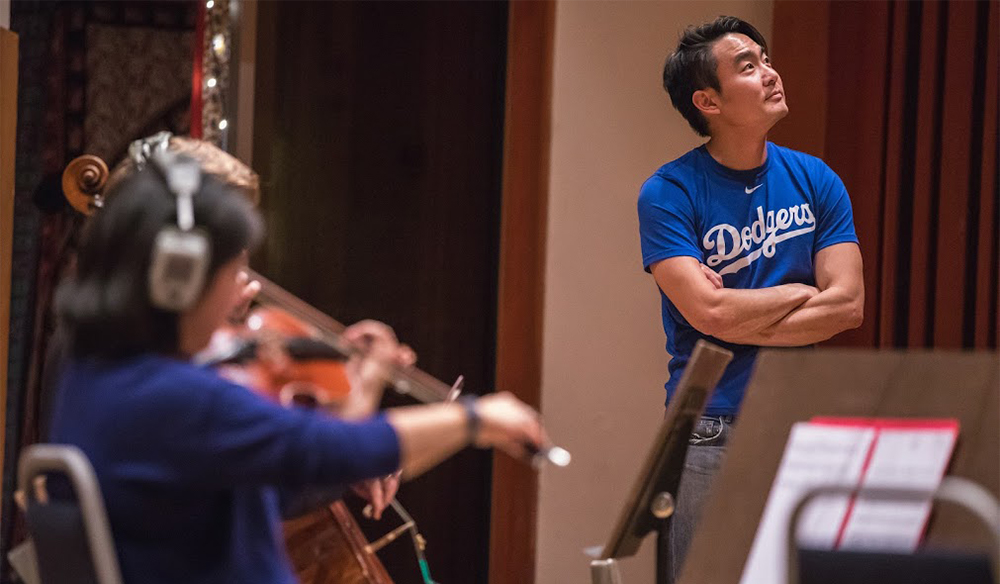 This meeting of the minds is all about composing for film, going to Sundance, and sharing insights about the craft.

If competition is really about keeping score, there’s no better way to measure it than chatting with the composers of Sister Aimee (Graham Reynolds), Little Monsters (Piers Burbrook de Vere), and Ms. Purple (Roger Suen).

We sat down with all three to talk about their projects, their inspiration, artistry, and process — and the excitement of getting “that call” about Sundance. 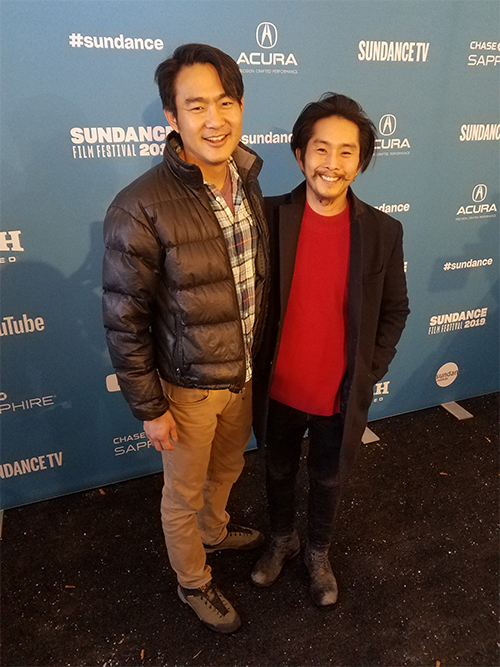 Premium Beat: Everyone knows composers don’t do small, independent features for the money. Clearly, something draws you in to spending your time and talent on passion projects. In the case of this film, was it the script, the director, or the subject matter in general that excited you to join the journey?

Roger Suen: Ms. Purple is the second film I’ve done with Justin. While the films themselves would be enough to draw me in, it’s really Justin’s love of storytelling. His energy and passion for filmmaking really inspire me.

Graham Reynolds: All of the above. I was excited to dive into the musical world of the 1920s. The story of Aimee Semple McPherson is a fascinating one, and the directors Sam Buck and Marie Schlingmann are infectiously fun and passionate. 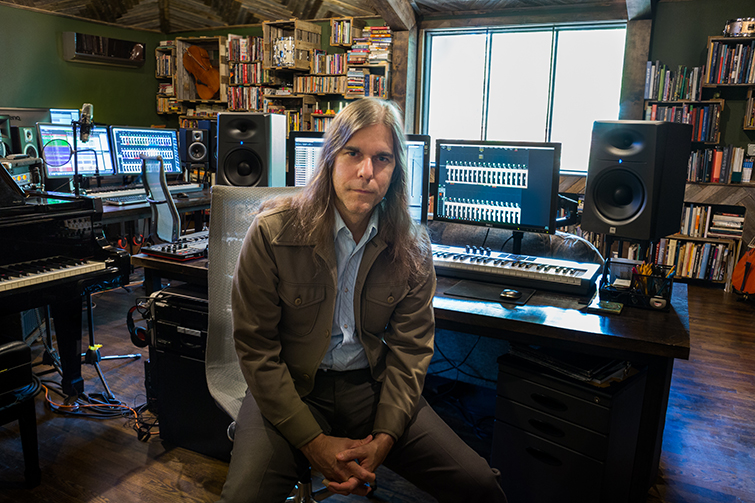 PB: How much of your composing is structured vs. inspirational?  For example, Ray Charles improvised “What’d I say” on the spot during a club show in Brownsville, Pennsylvania.  The band had played all their songs and still had 12 minutes to go. Necessity became the mother of invention.  But waiting on a muse to inspire you make deadlines hard.  Where’s the balance? What’s the process for you when creating a score?

GR: My training was focused on jazz and most of my performing experience has been in bands rather than in classical ensembles. So, initially creating through improvisation is my normal mode of working. But then I do apply techniques borrowed from more traditional western composition and develop those generated ideas through a more deliberate process.

RS: So, I have another degree in mechanical engineering, and I think it trained me to approach problem solving very systemically.  As much as time allows, I tend to be very structured about my composing. Especially in the beginning, I like to lay out everything on paper. I spend lots of time staring at the piano and even going on hikes. Of course, as deadlines creep up, hopefully I’ll have enough of a foundational material that I can then incorporate into a more improvisational (and revising) approach. 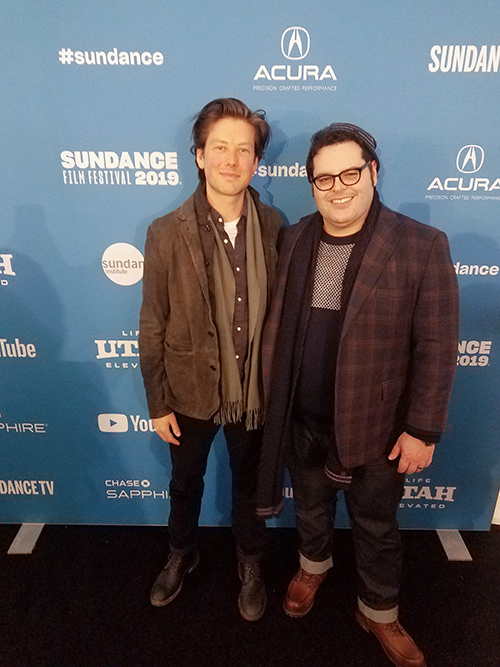 PBDV: I’ve learned over time that deadlines are a good thing. So long as I have all the information I need from the director, simply being reactive to the picture is often when I’ll do my best work. You do need to have your studio very well set up in order to work fluidly like that, being able to grab this synth or that mic in an instant. Having time to do more takes with the orchestra, and for mixing the recordings, is always a good thing, if you can get it. But, spending time over-intellectualizing or questioning yourself in the writing stage doesn’t necessarily make for a better score.

On this project we were in a session, recording vocals with the extraordinarily talented Josh Gad, when our director, Abe Forsythe, had an idea for an additional song using the same lyrics, but a much slower and darker version, to place elsewhere in the film. Josh improvised a few a cappella variations on the spot, and all the takes were fabulous. We recorded them essentially freestyle, to no particular tempo or chord progression. I needed to quickly take those great vocals and somehow construct a song around them. My writing room was adjacent to the scoring stage and I could literally see them setting up the mics for the band to come in the next morning to record, before I’d actually started writing the song. So exactly as you say, “necessity became the mother of invention!” You just ignore all the noise and get on with it and in the end it always works, and that song is now one of my absolute favorite cues.

PB: Do you feel you have a distinctive style or does each project bring out a different side musically?

GR: I decided early on not to focus on developing a deliberate style that would define me. While I admire plenty of art that has been created that way, I was worried that I would feel aesthetically trapped if I ever narrowed down to one way of doing things. As a result each project brings out something very different in my work.

PBDV: One of the joys of film composing is the necessity to be a musical chameleon. Unlearning everything and forgetting muscle memory is the first thing I have to do every time I start a new project. Obviously we all have a voice that makes its way through in some way or another, but I often think film composing is like a romantic art form in the sense that the work itself, and the way it speaks, is always far more relevant than the artist behind it.

RS: Each project definitely brings out different musical styles, and that’s one thing I love about being a film composer. The score of Ms. Purple had the intimacy of a string quartet. Gook was a mashup of electronics, and an odd jazz ensemble. While additional music for Daredevil was a modern approach to a Hermann-esque thriller/action score. I’d say if there’s one common trait amongst my music, is I tend to write melodically; something the audience can hum. Other than that I really enjoy the many composer hats I get to wear. 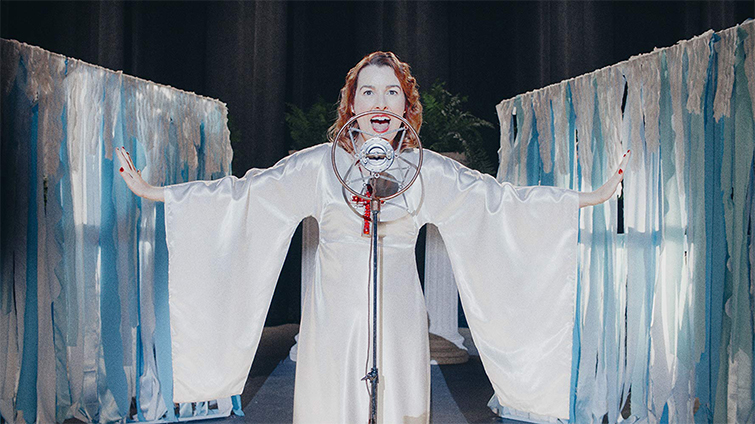 Sister Aimee. (Photo by Asleep in the Sea Productions)

PB: Finally, what’s it like to get the phone call and find out the film is going to Sundance?

GR: I always love going to Sundance.  Like SXSW, which I perform in every year, it’s great to be surrounded by people involved in the same work as you. This is the third film I’ve taken to the festival and I can’t wait.

PBDV: Firstly I’m excited to share and experience the film with audiences. Secondly, I’m very fortunate in that I get to work with intelligent, creative, fun and passionate people. But 99% of the time you are interacting under enormous pressure, everybody is working extremely hard to deliver on the clock, so attending film festivals is basically the opportunity you get to spend some time hanging out together, out of the trenches, and I’m looking forward to that!

RS: I got the call while still writing, so it was mostly excitement with a dash of anxiety.