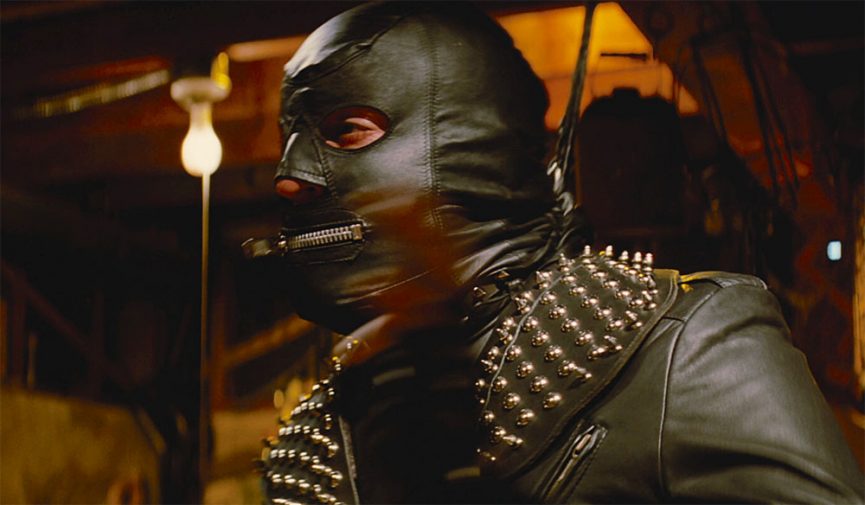 In this industry interview, we go behind the scenes with Steve Hibbert on Pulp Fiction‘s Most Famous Small Role: The Gimp.

The man behind the method, Constantin Stanislavski, once famously remarked that “There are no small parts, only small actors.” That’s not just true for actors. When you first get into this business, the prize might be a lead position above or below the line, but don’t discount the incredible opportunity to learn and build relationships while you dash for a cup of coffee for the crew or pull focus with a seasoned pro — or take a small acting role.

We sat down with Stephen Hibbert, who had a small-but-seminal part in perhaps one of the most influential films of the ’90s — Pulp Fiction.  He’s in that scene. The most disturbing, outrageous, carnage scene set to surf band music you’ll ever see. Hibbert wasn’t new — he had been an actor and TV writer before Pulp Fiction — but he wasn’t going to turn down this opportunity, born from his stage comedy and the relationships he formed based on pure joy for the work.

PremiumBeat: Did you know Tarantino, or were you submitted for the role?

Stephen Hibbert: I actually knew Tarantino, at the time — around ’93. He was an occasional guest performer at the all-improv show at The Groundlings Theater on Thursday nights, and I was a regular performer. We started hanging out — fellow movie nerds and all that.

By that point, Pulp Fiction was in pre-production, and Quentin had given me a copy of the script to read, and you could tell just from reading the incredible and complex screenplay — this was going to be an amazing movie. (Even from the script, Pulp Fiction felt like it could be one of those once-in-a-decade movies, like The Godfather, Raging Bull, etc.) And, of course, by then, the main cast had already been set, and it was all looking very promising/exciting.

They were casting the rest of the movie, and Quentin — who enjoyed improvising with yours truly (I was a Groundling for years, and I’m now a proud alum) — asked if I’d like to come in and audition for The Gimp. I replied, “I sure would!” 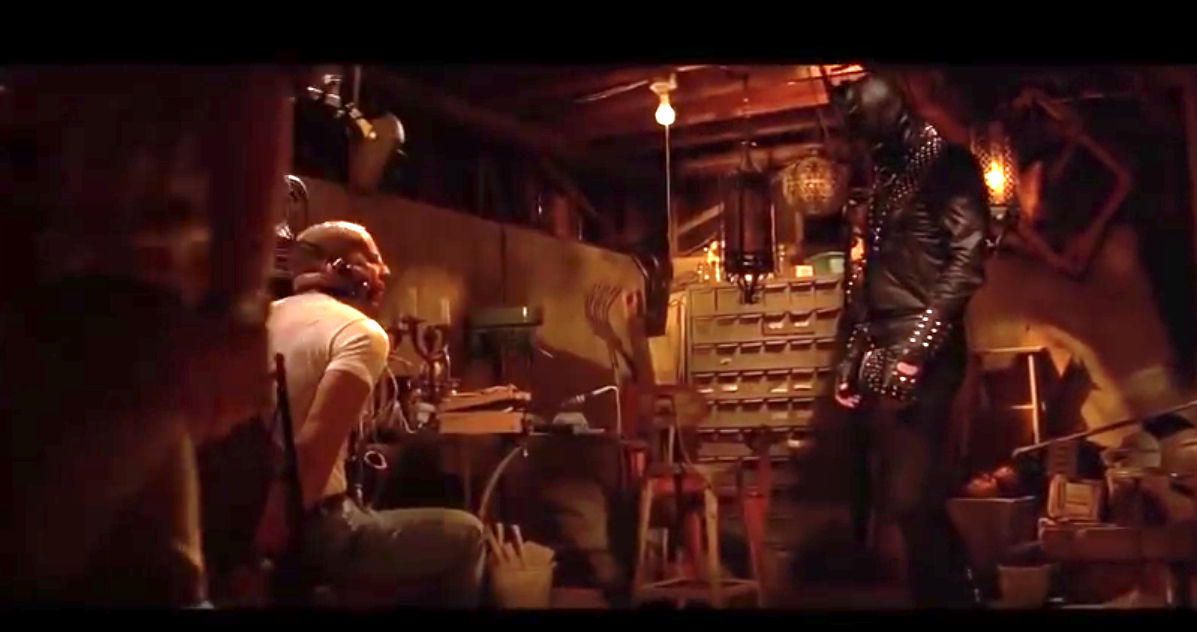 PB: You had no dialogue — what was the audition process for that role?

SH: The brief (3-4 minute) audition was held in the low-rent “PF” production offices, located in a converted warehouse in Culver City, about a mile or two from Sony. (This is also where several interior scenes were shot, including the basement pawn shop/”Gimp” scene, Jack Rabbit Slim’s, a couple of apartment interiors, etc.)

Basically, Quentin and I did a silent scene in which he played The Gimp’s master and ordered me about the small office. I seem to recall I did a lot of the peculiar dance moves and weirdo gestures then — things I would later do during the filming, and I think Quentin and the producers Lawrence Bender and Stacey Sher — who were at the audition, as well — thought it worked well.

By the time I got back to my apartment that afternoon, there was a voicemail on my answering machine from Quentin saying, “Congrats! You’re ‘The Gimp.'” (Yes. Answering machine. Remember this was the old days — October of ’93.)

PB: Do you think your background with the Groundlings and improv helped you land that gig?

SH: Definitely! The number one rule of improv listening, “being in the moment,” “yes and…” helped me to plunge into and commit to a role that (thankfully!) isn’t like me, at all. And, of course, the Groundlings Theater is where I met Quentin. And as I mentioned above, where we would improvise together on occasion.

PB: Most of your credits are in comedy — there is something comical to the part, but it’s a very intense scene. Did you play it for laughs or drama?

SH: It was a pretty intense scene (he understated). I just played the reality of the scene. I was the mute and helpless slave of these two guys, and I had no choice in the matter but to do their bidding and be their plaything. And the other actors in the scene were/are amazing — that made being present and diving into the moment incredibly easy.

It was a closed set on the days we shot (three total shooting days), and due to the graphic and grim nature of the scene, everyone was all business and focused. It was a fantastic experience for all concerned, and we definitely bonded over the course of the relatively brief shoot. I think everyone concerned felt this would be a memorable scene in what was obviously going to be a great film. I guess we just all knew it and did our jobs. 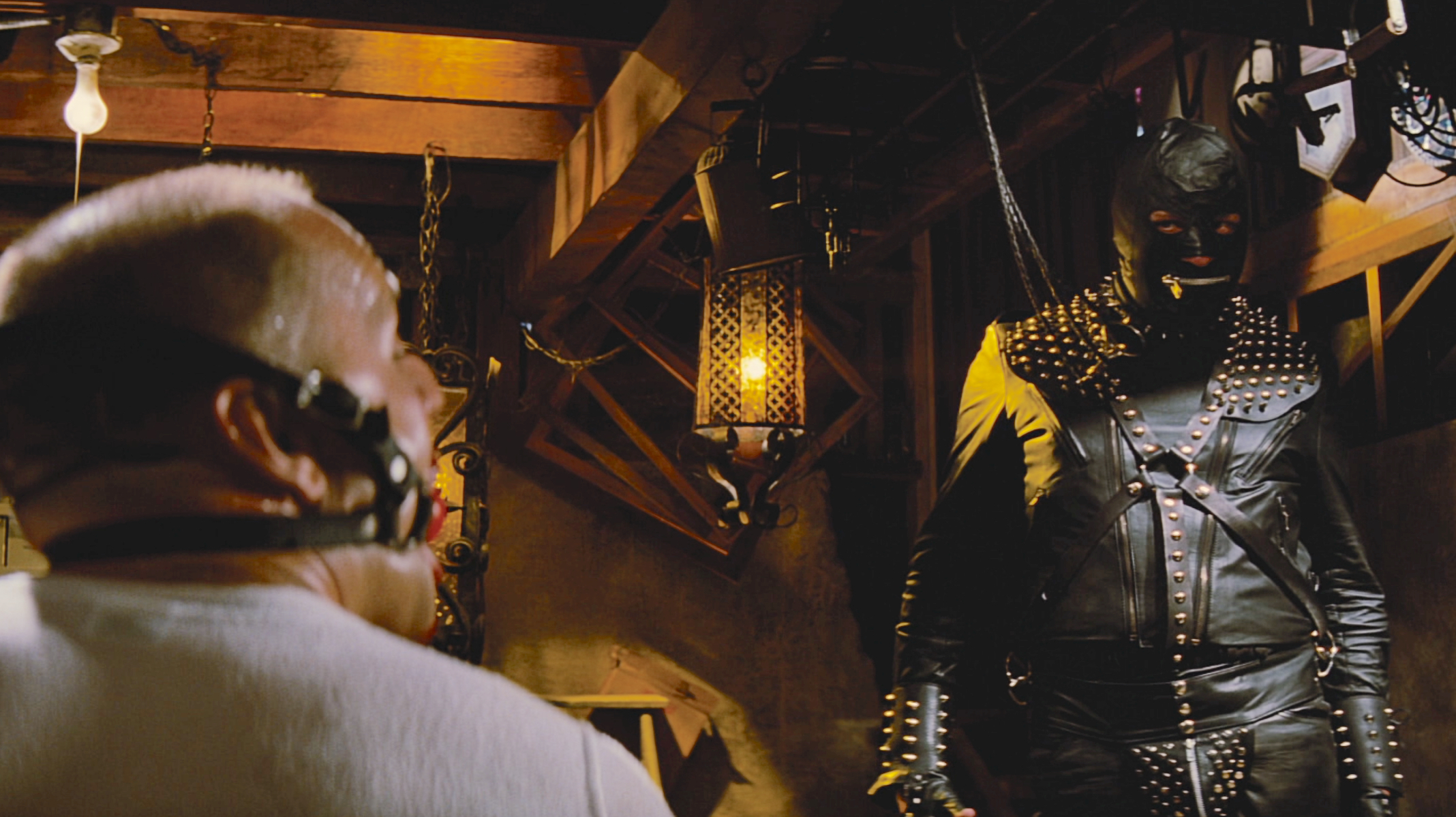 PB: Did you and Tarantino talk about The Gimp’s backstory?

SH: Not really. Quentin really loves and trusts actors; the few notes he gives are mostly technical: “Don’t turn too far to your left, you’ll be out of frame,” kind of thing. He just let me do my “gimpy” thing.

I just assumed whoever The Gimp was, he had been kidnapped by the two pawn shop owners and led a life as their slave for God knows how long? We did decide they’d cut out his tongue, at some point, so the poor Gimp was incapable of speaking.

PB: Did landing that role help your career? Did it open up new professional relationships?

SH: I’m not sure if it helped my career. While I’ve done some acting, I mainly worked as a TV writer and did a number of freelance punch-up gigs working on screenplays over the years — notably all of the Shrek and Austin Powers movies. I do know that’s it is definitely my most intriguing, most famous credit. I think if I somehow found a cure for a terrible disease, my obit would still begin: “Steve Hibbert has died. Hibbert — who played in The Gimp in ‘Pulp Fiction’ — and later discovered a cure for . . .” 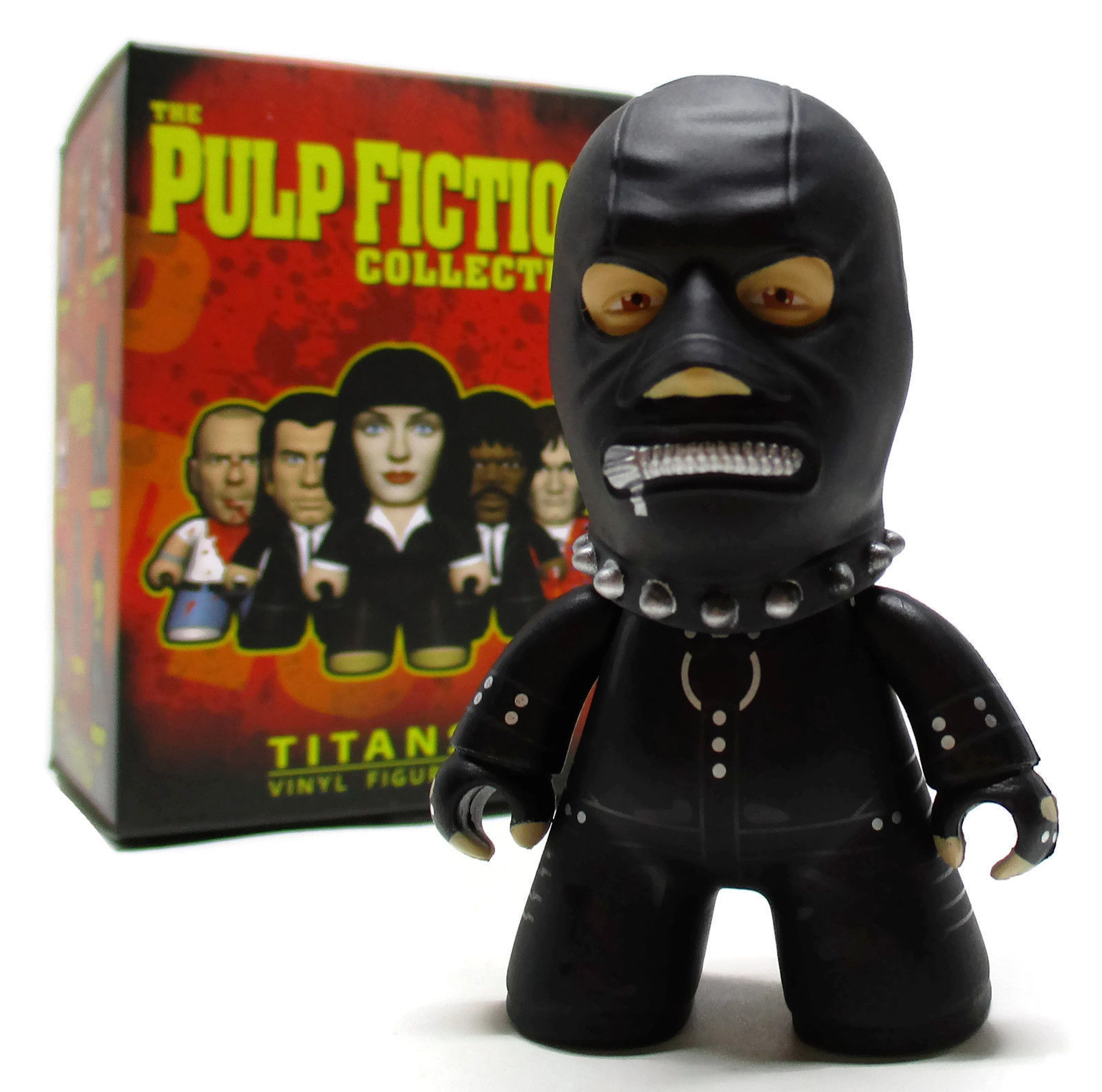 PB: Any other memories or insight about the film you’d like to add?

SH: One memory does stand out in particular. The weekend that the film opened, Oct ’94, I came home that Sunday afternoon to discover about 14 or 15 unheard messages on my blinking answering machine. Again, this was years ago. Almost all of the messages were from men telling me they’d “enjoyed” my performance and asking me “would I like to meet in person?” (Yes. Ew!) This meant those fellas had sat through the end credits to see who played The Gimp, remembered my name, and called 411 for my listing.

Needless to say, I unlisted my number shortly after that. Well, after a couple of pretty crummy dates, that is. JOKE! I’m a nice, divorced dad of three amazing kids and pretty straight and normal, as they come. Which makes the fact that I played The Gimp all the weirder.

Speaking of my kids, they love the fact that there are Gimp action figures — their Dad is an action figure. And that’s a pretty funny legacy from having played the role.