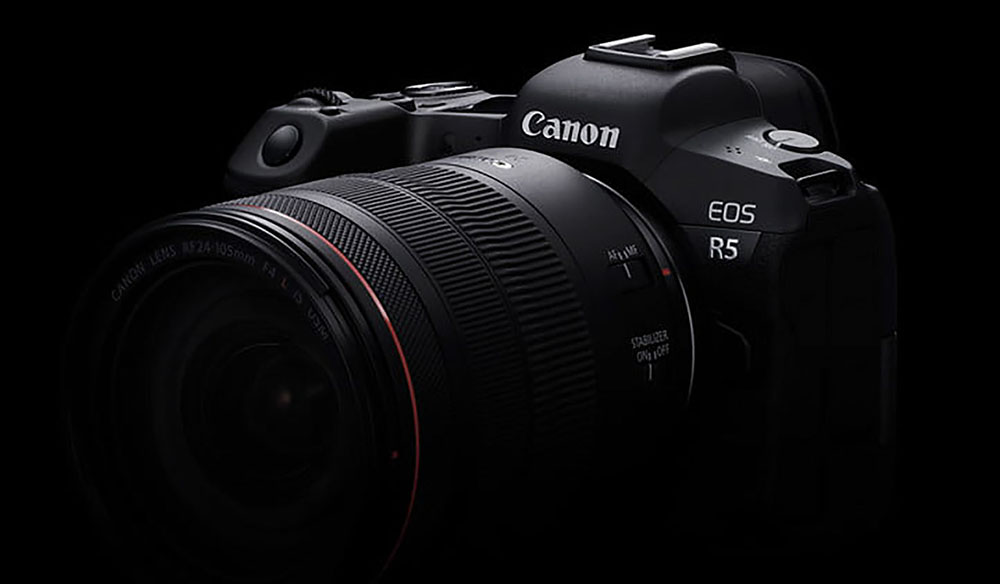 Is the Canon EOS R5 Actually a Good Camera for Filmmakers?

Thoughts on the Canon EOS R5, the R6, and what these new cameras could mean for filmmakers and video professionals.

Well, this has certainly been an eventful couple of weeks. Canon finally officially unveiled their new EOS R5 camera (as well as the tag-along EOS R6 with slimmed specs and price). And as someone who mostly learned about digital filmmaking and video production on Canon cameras like the 5D and 7D, I am —like many — quite interested in these new offerings.

To be fair though, as exciting as the 8K RAW recording R5 appears to be, there’s plenty of reason for concern. While I got my start with Canon cameras, I’ve obviously moved on to experiment with plenty of other cameras and brands as I’ve developed my own personal taste and style.

Canon has also taken a bit of a beating as of late with their initial reluctance to adapt to mirrorless technology over their legacy DSLR lines. As such, their first foray into mirrorless with the EOS R was met with less than ecstatic reviews.

A slightly upgraded (but lesser) EOS RP was released to quell a few concerns, but, ultimately, this long-anticipated EOS R5 is meant to be Canon’s triumphant return to relevance. Should filmmakers care at this point? Let’s dive in.

Without a Canon R5 in our hands, many of us are watching closely as the early reviews of the R5 begin to roll in. As you can see in the above video review above from Peter McKinnon, there are already a few reviews from those hand-selected by Canon to take this new offering out for a spin.

Many of these early reviews do praise Canon for finally making many of the much-requested updates which had hampered the EOS R — things like In-Body Image Stabilization, better auto-focus, and, of course, dual card slots (at last). If you’re simply a specs person, here are the full specs for the R5:

However, while many in the industry are indeed impressed by the camera on paper, some of these early hands-on reviews do begin to give a glimpse into just how well the camera actually handles on a shoot and for filmmaking needs specifically. We also get some early reports of possible issues like overheating, focus tracking, and just how well the R5 handles high ISO filming.

Before we get into any issues, we have to talk about the 8K RAW recording because, well, that’s apparently what everyone wants. Right? Even in the middle of a global pandemic, camera manufacturers continue their arms race to push their digital technologies to chase the highest pixel counts possible. It’s very exciting for filmmakers as we dream of the new possibilities these latest cameras can offer. But it’s also frustrating for those who have already made their investments or feel like they’re being priced (and pixelated) out of the competition if they don’t have the latest and greatest gear and high-end editing workflow capabilities.

8K is the new tentpole for now, but, at this rate, it might not be for very long. That said, from the early demos released by Canon, it looks quite legitimate. Unlike the issues with the EOS R’s crop for 4K, the R5 shoots 8K crop-free. You can see the 8K in effect in the video above by YouTuber itchban.

Are There Overheating Issues?

One of the earliest — and perhaps biggest — issues that’s come up with these new cameras (more specifically for the higher-end R5) is the issue of overheating. As you can see in the video above by Armando Ferreira, this topic appears to be sharply dividing Canon fans and Canon detractors. Some say it’s a normal issue for any high-functioning (but non-cinema-priced) camera. Others call it a make-or-break problem that will inhibit filmmaker’s needs. Namely, the biggest issue reported is a 20-minute approximate shooting time when recording 8K, as well as a 30-minute approximate shooting time when shooting 4K oversampled. In response, Canon has already issued a statement:

The EOS R5, one of the latest additions to Canon’s full-frame mirrorless camera line, offers class-leading autofocus with high-resolution and high frame rate video recording options using the maximum width of the full-frame sensor at high bit rates.  Inevitably, this combination of features has potential to generate some significant heat, which will limit recording time.

Canon has taken several steps to manage the potential for overheating, including:

In regard to the installation of a fan: The decision not to install a fan within the body was made in order to maintain the EOS R5’s compact size, lightweight construction and weather resistance.

Before recording starts, the EOS R5 and EOS R6 display an estimate of the recordable time based on the current camera temperature and the set recording mode.

You can read the full, unedited statement over at PetaPixel.

Most filmmakers tend to focus their attention on the more powerful EOS R5, but we might be better served by casting our gaze upon the EOS R6. While obviously not boasting 8K RAW recording and the new 45 megapixel sensor, the R6 is still a solid offering with 4K up to 60fps (without that pesky crop of the EOS R), 1080p up to 120fps for slow-motion, updated features like dual card slots, and more.

I’d be willing to bet that, while the R5 might take the lead in sales off the bat, the R6 is going to be a much more realistic — and perhaps better — option for those looking for a first video camera and for hobbyists looking for a new hybrid-camera for their weekend projects

Speaking personally, I think this is exciting news for Canon. I was very much a fan of the 5D, and I used a 7D for over five years on shoots big and small. They’ve shown their ability to make quality products that are very durable and well designed. Hopefully the EOS R will prove to be nothing more than a small stumble as they corrected the course with this new R5.

However, unless you have an absolute need for 8K RAW shooting immediately, I don’t think I’d recommend rushing out to get your order in. At its price point, the R5 is best comparable to Panasonic’s Lumix DC-S1H, which has proven quite popular even though it “only” offers 6K (while offering pretty much the same bells and whistles as the R5).

With the news of Blackmagic’s URSA that can shoot 12K and the expected late-summer release of the Sony a7S II, I’d certainly stay tuned as to how the industry will continue to turn. I’d also restrict my next camera purchase to something that meets my upcoming projects’ needs instead of chasing after the latest pixel recording breakthroughs.

For more camera news and industry insights, check out these articles below.