Launching A Video Product The Right Way – 5 Tips from NAB

If you’re launching a new product, service or gizmo pick up some tips from the big players at the 2013 National Association of Broadcasters Show.

Watching the new product launches from Adobe, Avid, Blackmagic Design and many of the other big players in the world of production and post happening this week, here are 5 thoughts on how to launch a product well.

Adobe’s move this year was to get out ahead of the NAB scrum by launching their products in the run up to NAB. On April 4th Adobe hit the web with plenty of videos and bloggers announcing the new features to Adobe Premiere, After Effects and the other core programs. Being first means you get the spotlight all to yourself for a while, and then plenty of interested buyers and users follow up at the show.  The downside however is that being first also means you become the “old news” sooner. What Adobe have done well is provided the online post community with plenty of fodder to fill their blogs, helping spread the word. 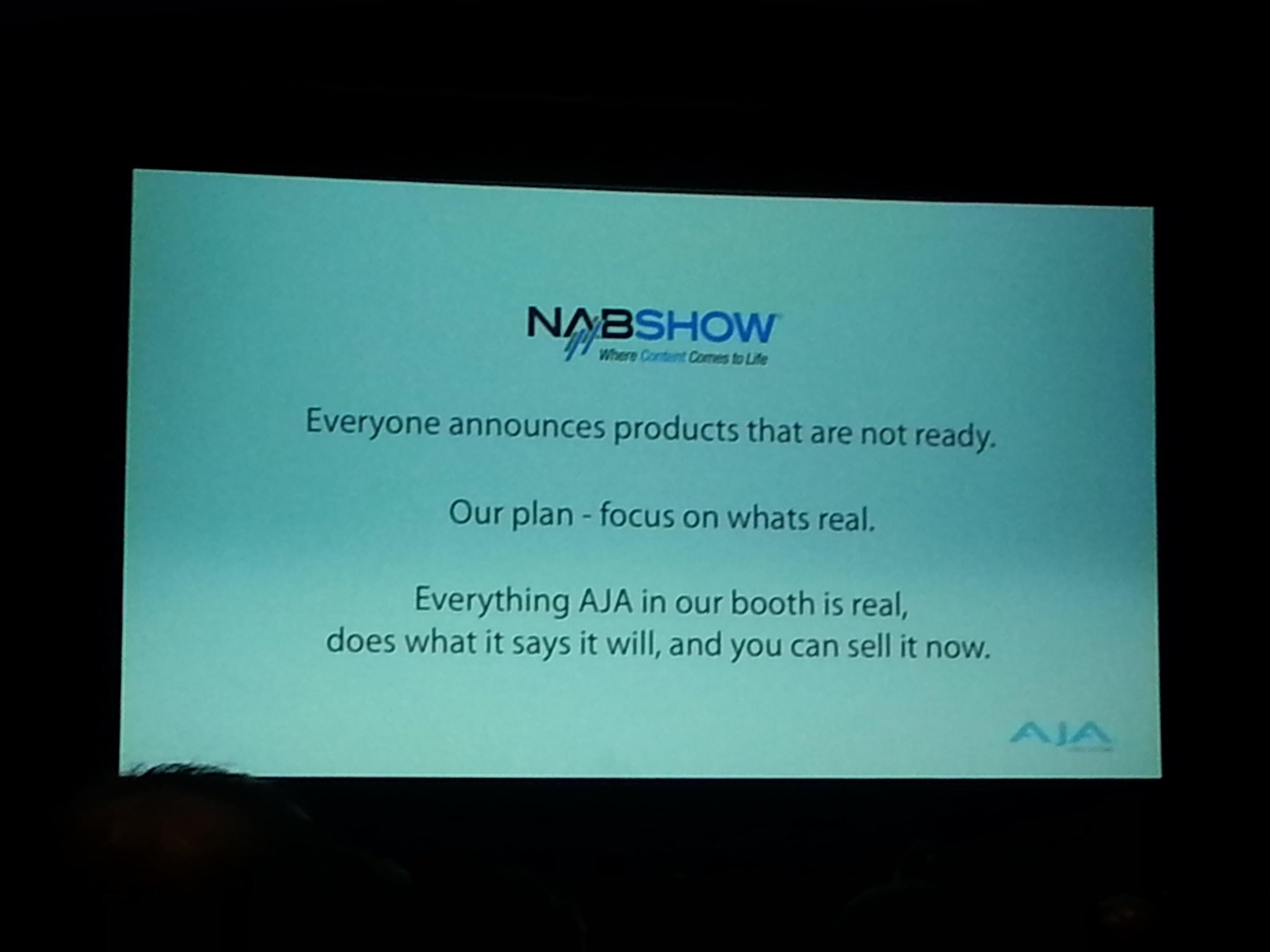 Michael Kammes was helpfully tweeting away images during the AJA presentation and one slide in particular stood out to me. By emphasising that they are ready to ship their announced products, and in fact you can buy them at the show, AJA are setting themselves apart for a lot of the rest of the NAB crowd – especially after all of Blackmagic’s delivery problems last year. Being ready to sell is a valuable way to make a quick sale, rather than giving excited post-production people too long to evaluate their potential purchases, and if you offer a ‘NAB show only’ discounted price the ‘must buy now’ feeling will only increase.

Avid has smartly joined forces with the #postchat community to have a ‘live tweet-up’ fresh off the back of their NAB announcements, ready to answer any questions about the new features and generally expand the launch pad. Live social media engagement is a simple and cost-effective way to build on established relationships, and make an impression on newer members of that community, to be known as an ‘interactive’ business who are committed to hearing from their professional users. As opposed to an entirely secretive company like Apple.

The newcomers who are generating the greatest amount of online buzz are FreeFly with the MoVi rig. They’ve timed everything to perfection; setting the anticipation growing with a teaser blog post from Vincent Laforet ahead of NAB, then launching their product videos a few days before, so that (presumably) people can get their hands on one for themselves at the show. There’s no point launching a new product in a crowded hall if no one knows its there. With their excellent behind the scenes videos they’ve ensured that many production people will be beating a path to their booth. Taking the time (and the money) to invest in great online product videos with suitably high production value should hopefully pay off in spades for this new company.

Blackmagic Design I feel have been the smartest marketers so far at this years NAB. On the very same day (April 4th) that Adobe launches their online presence, this photo ‘leaking’ the new DaVinci Resolve 10 turns up online. Then 3 days later on Sunday 7th, when Avid is having its product launches, this next ‘leaked’ photo hits twitter. 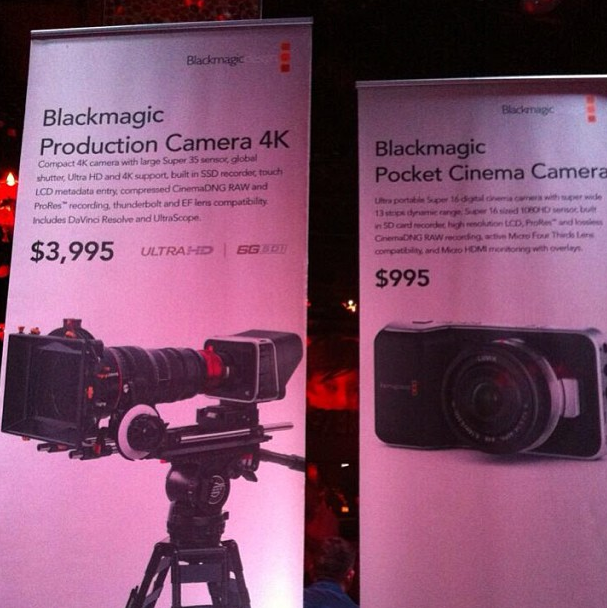 Even though the online post world are keeping tabs on what Adobe or Avid are offering, a whole lot of excitement is building around what Blackmagic are going to be offering in their continual effort to be as disruptive as possible. This is another valuable business initiative. Continually disrupt the market before your competitors disrupt yours. 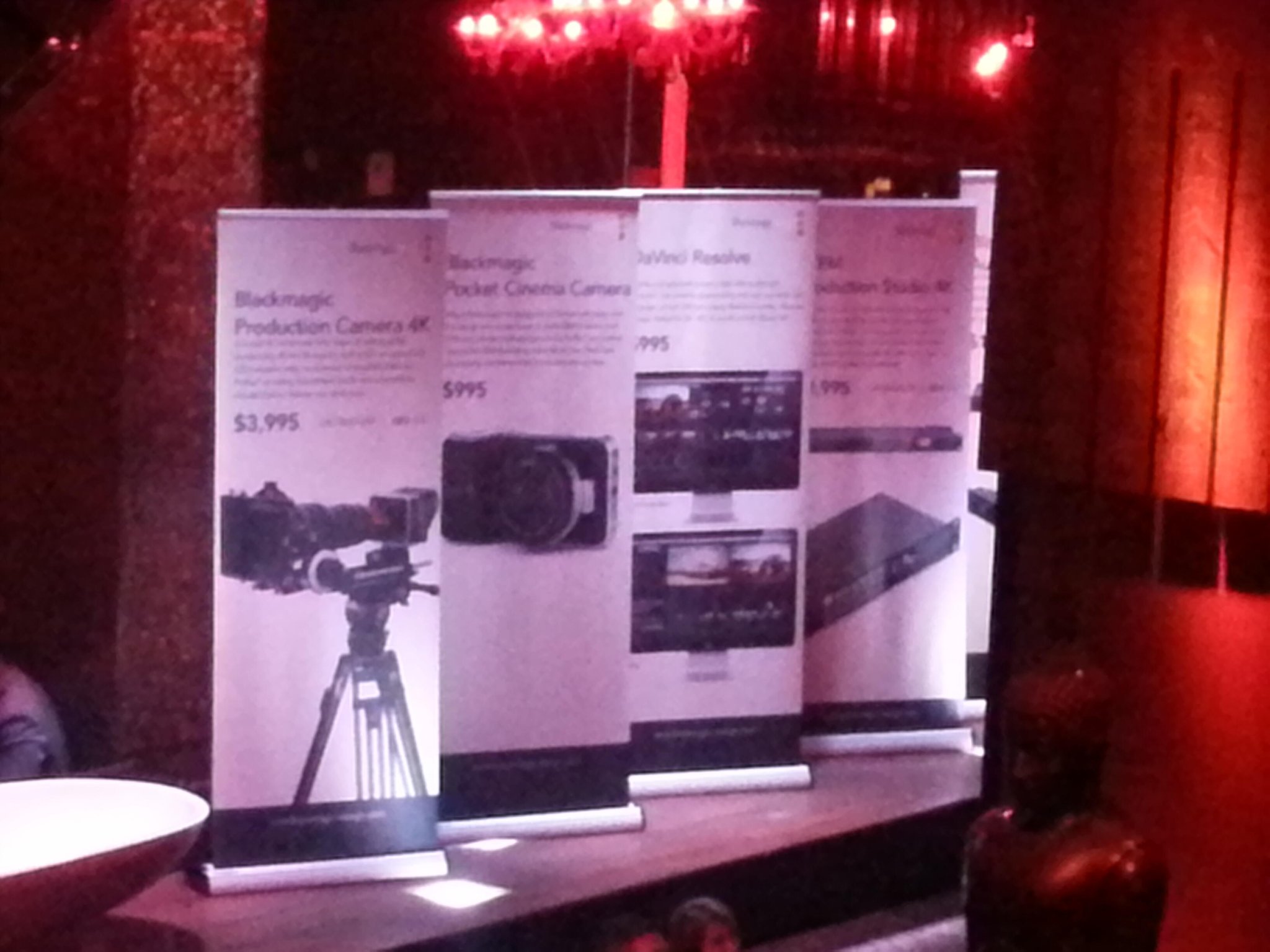 Are you at the NAB Show?  Share your thoughts in the comments below!