Learning from the best is a good way to learn a lot quickly. Take the time to digest these excellent lessons in creativity from Pixar’s top people.

Learning how to be more creative, how to handle creative teams, and to steward your work to it’s best creative potential is a challenge. Undoubtably, Pixar Animation Studios, knows how to overcome these challenges better than most. In this roundup we’ll get insights from some of Pixar’s top people, including President Ed Catmull and Monster’s University first-time director Dan Scanlon.

In the video above you can get a taste of what it’s like to be inside a Pixar story meeting – an extremely collaborative and spontaneous place, where they practice what Pixar calls ‘Plussing’. This is the idea taken from improv comedy that every offer is accepted and added to, making the final idea a much better version of it’s first incarnation. I also talk a bit about applying this idea in my eBook on being a freelance creative.

In a much more interesting new book, Creativity Inc., Ed Catmull shares his thoughts on how overcoming the ‘unseen forces that stand in the way of true inspiration’ has made Pixar so phenomenally successful. For a taster of how Pixar’s ‘Braintrust’ functions to keep their films on track and the creative environment healthy, check out this extended excerpt from Creativity Inc. over on Fast Co Create.

A hallmark of a healthy creative culture is that its people feel free to share ideas, opinions, and criticisms. Our decision making is better when we draw on the collective knowledge and unvarnished opinions of the group. Candor is the key to collaborating effectively.

In this fascinating 40 minute Google Talk, Monster’s University director Dan Scanlon and producer Kori Rae share their journey in making the film. In another excellent article from Fast Co. Create the two share a ton of great advice for working in creative teams, that they themselves learned from Pixar head honcho, John Lasseter:

I feel like one thing John [Lasseter] does well is he is a great cheerleader and a great supporter of people,” says Scanlon. “He keeps people enthusiastic and he inspires them to do even better. I think that shows in the films that the company has made over the years.

Sometimes those films go through some dark phases, where they’re really not working, and it’s important to have someone like John who always goes back to the beginning. When things aren’t working, he says, ‘When we came up with the idea for this, I heard this thing, and the heart that’s in there. I know that that’s still there.’ He reminds you why you started, and I think that’s such an important thing.

Pixar’s storytelling abilities are at the heart of their creative, critical and commercial success. In what has evolved as an Internet gem, Pixar storyboard artist Emma Coats tweeted 22 rules of storytelling that she had picked up during her time in the halls of Pixar. Those 22 tweeted rules have subsequently been turned into a collection of inspiring slides by Dino Ignacio. You can check out all 22 rules in their original tweets here on PremiumBeat or as Pixar art slides over on Fast Co Create.

What is great about so much of the advice in the 22 rules, is that it informs the process of creating a great story, more than what that story should be. This makes the advice applicable in so many diverse creative scenarios that can all involve polished storytelling. If you want to go into a lot more depth than 22 sets of 140 characters, then multi-media storyteller Stephan Vladimir Bugaj has put together a free 75 page ebook, analysing the wisdom behind each of the 22 story nuggets. You can download it directly here.

My own more in-depth analyses are moored in the original statements, and make use of additional concise statements to grab the reader’s attention and direct them from idea to idea.

That’s exactly how you structure any story:

A series of simple hooks followed by details that enrich and deepen the original idea, enticing your audience to keep taking each next step along the path from premise to conclusion.

Ultimately, my own analyses are themselves intended to get you thinking about the enumerated aspects of storytelling presented in the series, not as the be-all and end-all of story doctrine.

Lastly, to round out this section on Pixar’s storytelling magic, you might find it helpful to print out this great infographic and stick it on a wall where you can see it often. It’s a 5 point distillation of a TED talk by Pixar director Andrew Stanton, on what he thinks are the key ingredients to any great story. Download a print resolution copy here. 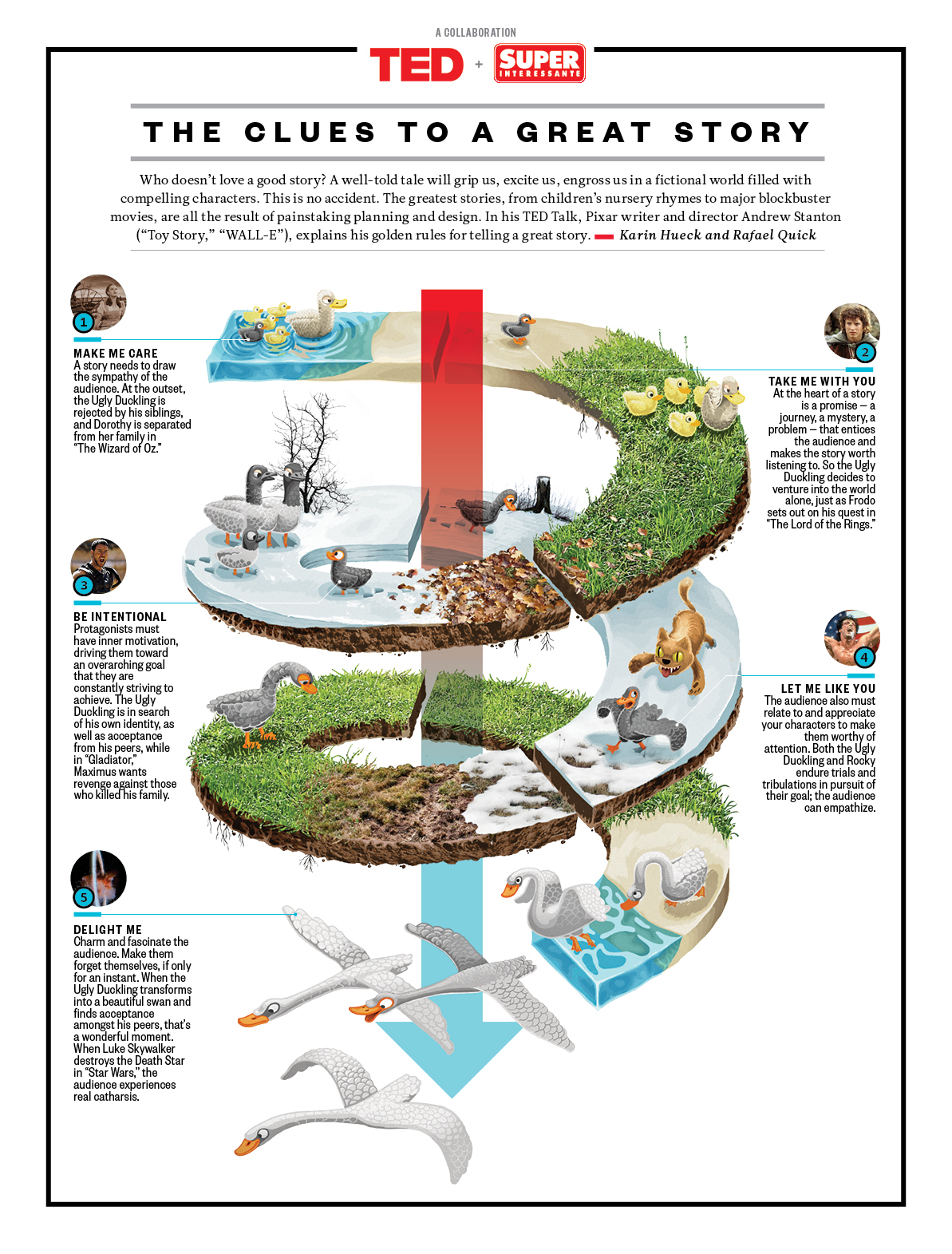 The Most Difficult Creative Decision of All 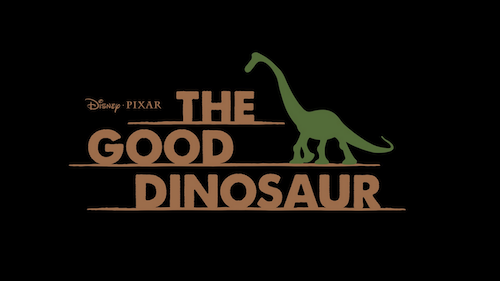 One of the most inspiring, and challenging aspects of Pixar’s creativity is their ruthlessness when it comes to protecting the quality of their final product. If it’s not right, they’ll stop, figure out what’s not working and then start over.

These restarts have happened before, on Toy Story and Ratatouille and most recently on the in-production Good Dinosaur. Pixar’s president Ed Catmull shares his thoughts on why this is such a critical decision to commit to, and that really, more people should make it too.

Right now, since Disney Animation has Frozen, which has a shot at becoming a billion-dollar movie, they’re elated. Meanwhile, at Pixar, after a lot of work we’ve had to say, “You know, Good Dinosaur doesn’t meet our standards, so we’re going to restart. It’s a promising idea, but we need to rethink the team.” That’s painful, but it’s a pain we own.