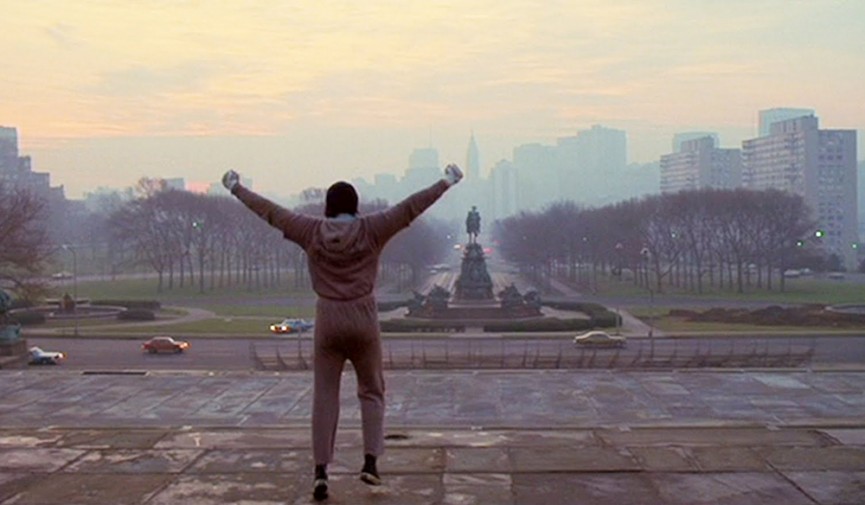 The Making of the Modern Movie Montage

From suspense to sports to comedy, many films rely on montages to progress their story. Here’s a look at the evolution of montages.

Montages in film today are an evolution of the Soviet Montage Theory of editing. The two are not directly related, but they build upon the same principle; a series of images of no particular order make a film. Where the theory of montage says that editing makes a film, today’s montage is just a series of quick shots that condense time and story.

From the 1930s to 1950s, montages were usually used to symbolize transportation across long distances or the change in times through news reels. Don Siegel, the famed director of films like Dirty Harry, actually got his start editing montages for Warner Bros. He edited montages for over 20 films, including the legendary Casablanca. In this title sequence, the audience is transported across the globe in the iconic superimposed look of film footage over a map. The same technique is still used today. It’s a staple of the Indiana Jones films.

Alfred Hitchcock was fascinated by Lev Kuleshov and the Soviet Montage Theory. He would adapt the theory to create montages that progressed his story. In the 1960 film Psycho, he combined footage of Janet Leigh driving, worsening road conditions through the day into night, and audio from events that happened prior in time. In three minutes, he condensed an incredible amount of story to set up the film for the audience.

The 1970s would redefine montage like never before. First, Francis Ford Coppola released his 1972 masterpiece, The Godfather. The baptism montage intercut footage of a child’s baptism and a series of murders, both of which made Michael Corleone “The Godfather.” This montage was so incredibly violent, perfectly capturing the rise to power in the mafia.

Stallone was far from done. Not only did Rocky receive a long running series of sequels, each film featured a training montage. Perhaps more famous than the original were the montages of 1985’s Rocky IV. (In fact, 31.9% of the entire fourth film is just montages.) The main training montages of Rocky IV  strongly relate to the Soviet Montage Theory. Not because Rocky fights a Soviet, but the fact that the film was released during the Cold War.

It was Sergei Eisenstein who first developed the “intellectual montage.” Eisenstein’s film Battleship Potemkin was a propaganda piece that perfectly captured the idea of intellectual montage. During the Odessa Steps sequence, the audience watching the film would immediately think about a feeling of helplessness and oppression. This was called a tertium quid, or a third thing people associated with two elements.

Where Battleship Potemkin was Soviet propaganda, Rocky IV can been associated with American propaganda. In this montage, we see Rocky training out in nature. His opponent trains in high tech facilities with an entire staff at his side. The audience only sees two fighters training, but the tertium quid will arise, particularly for American audiences. Americans will immediately think of perseverance and the ability to overcome an opponent that is bigger than them. Rocky IV perfectly represents the intellectual montage.

After the success of Rocky, the training montage became a staple of sports films. Every down and out team would try and rise against their biggest opponent. If the montage worked for training sessions, would it work on competitions? Absolutely. It still worked for boxing, as the Raging Bull moved through opponents and life. It definitely worked for “Daniel-San” in the Karate Kid. Some may say that the Karate Kid montage is the best around.

By the late 1980s, the montage had become overused. They appeared in nearly every genre of film, like the teen romance Footloose. Montages would become part of comedies like Ferris Bueller’s Day Off, then eventually get parodied in films like The Naked Gun. As the year 2000 approached, the montage would become part of the comedy world more than ever before. Directors like Wes Anderson would use montages is his films like Rushmore, and Edgar Wright used them throughout his Cornetto trilogy.

Perhaps the most recognizable comedy montage came from the 2004 film Team America: World Police. The “Montage” montage may be one of the most meta jokes in film history. The montage literally explains what a montage is, in a song called montage, during a montage. Seeing how that sentence actually makes sense, it should prove how absurd and fantastic the Team America montage actually is.

While comedies tended to make fun of the montage, other films still embraced them. The animation studio Pixar uses montages throughout a majority of their films… they may even be the current masters of the montage. In fact, Pixar’s Pete Docter knows he can make an audience cry with his montages. Docter was the writer behind the first two Toy Story films, the second of which featured the heartbreaking montage of Jessie the Cowgirl.

Once he became a director for the studio, Docter would take the montage to new heights, or rather new lows. Docter directed the absolutely devastatingly beautiful intro to Up. In less than 5 minutes, we see a couple’s entire married life together. The characters never say a single word, yet we learn everything about them. Now that is an absolute masterpiece of montage filmmaking.

Did we leave your favorite montage off the list? Want more posts about film history? Let us know in the comments below.