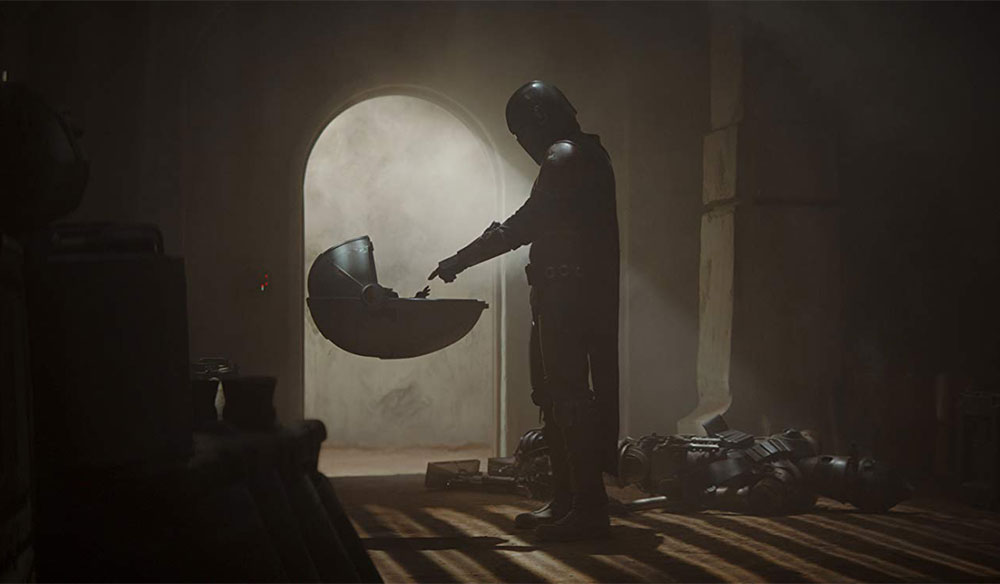 How “The Mandalorian” Got Feature Film Effects on a TV Budget

Stagecraft vs. green screen — how Jon Favreau crafted the effects for the epic series The Mandalorian on a not-so-epic TV budget.

When Jon Favreau took on the task of creating the first Star Wars TV show, one that would be a key launch in Disney’s foray into streaming, he and his fellow producer took on a lot of challenges. The most ambitious one was delivering the visuals that fans associate with the Star Wars universe — on a TV budget.

With a $100m price tag, The Mandalorian is by no means a cheap TV show, but he wasn’t going to have the bottomless budgets and years of production time that the Star Wars movies enjoy.

If critics’ reactions and the omnipresent Baby Yoda memes are anything to go by, The Mandalorian producers succeeded in a big way. So, how did they do it?

Behind-the-scenes footage has been hard to come by so far, but Favreau has talked a lot about a digital backlot technology called “Stagecraft,” which he said helped them create and combine the digital effects for a fraction of the cost of green screen.

Stagecraft sounds like a version of a virtual production technology, showcased by Epic games and Unreal Engine (June 2019).

Instead of a green screen, it uses one or more large video walls showing a background of a 3D environment that’s rendered in real time, taking into account the position of the camera. Think of it as a pre-populated green screen.

It requires that the 3D environments you wish to use are built and lit before you shoot, but it has the added advantage of letting the actor know what they’ll be interacting with. And, instead of green spill from the green screen that needs to be removed in post, light from the background serves as fill light on the actors and props, making the illusion much more complete.

The Stagecraft projection system even gives accurate reflections in shiny places, critical for a TV show about a warrior encased in reflective armor. 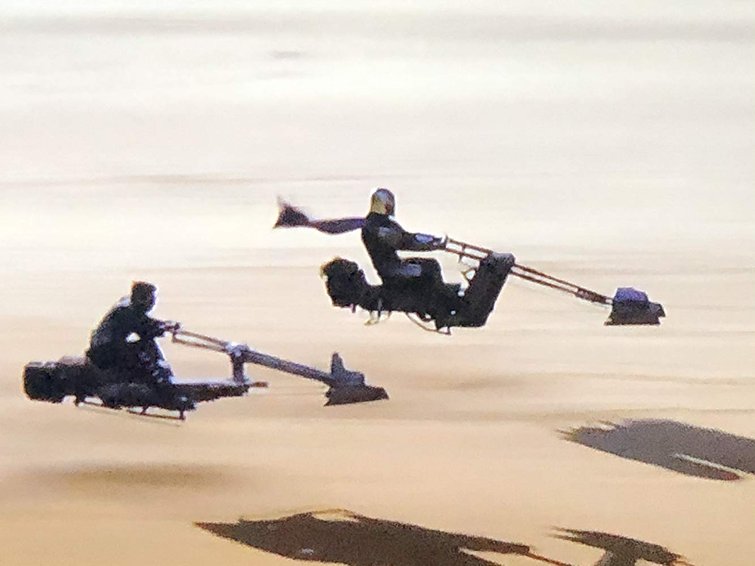 The 3D environment is built and lit before the scene is shot. (Image via Disney+.)

The reason systems like this hadn’t been possible up until now is the epic computer power needed to render realistic 3D environments in real time. However, computers and screen technology are finally fast enough, rendering the possibility that green screens may soon become a thing of the past.

It does require a pretty radical reworking of the traditional pre- and post-production workflow, since visual effects need to be done before you shoot. There is no more fixing it in post.

This really requires [a director] like Debora Chow, who plans. This is not for somebody who’s winging it. You absolutely need to plan ahead because, in essence, what you’re doing is you’re taking a lot of the post-production and you’re putting it in pre-production.

Stagecraft and similar technologies will no doubt remain in the “high end” of filmmaking for the next few years, but just like green screen, it may quickly enter the realm of the independent filmmaker. Since the two trends that have made it possible, larger screens and fast computers, will only become cheaper in the years ahead.

Looking for more updates from the filmmaking industry? Check out these articles.