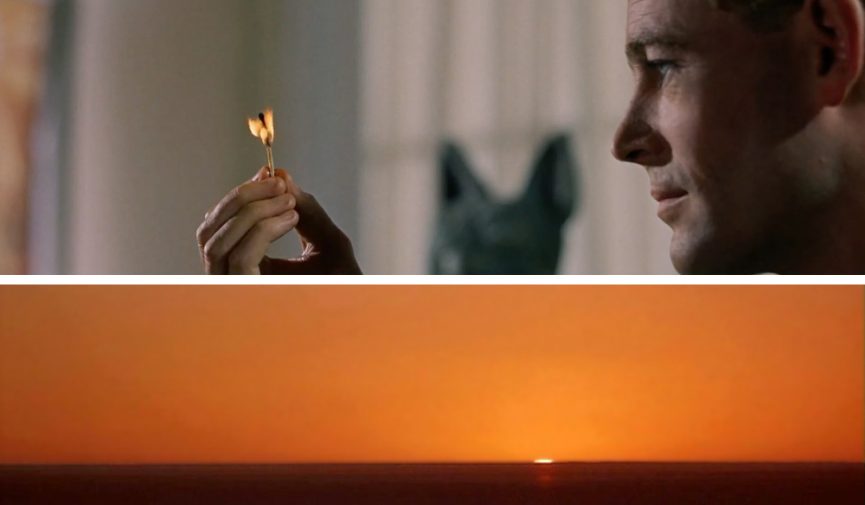 The Match Cut is a timeless video editing technique that adds rhythm, flow, and style to any project. Let’s explore this eye-catching storytelling method.

The match cut: Merging two separate scenes into a single seemingly fluid shot. It’s one of the most visually satisfying cuts available to filmmakers. It requires foresight, top-notch camera work, and an editor who knows what they’re doing. Celia Gomez recently released a supercut of films that have nailed the eye-catching match cut.

The match cut is an extremely effective edit due to the rapid pacing that throws viewers into an entirely different scene in the blink of an eye. Super-fast-paced movies, like anything David Fincher makes or last year’s The Big Short, rely on these cuts to keep the film flying through space and time. The characters or objects in motion usually move from one end of the frame to the next as the edit happens mid-motion. Take this fun little match cut from The Graduate. It’s about as seamless as they come.

The match cut is an excellent way to demonstrate your ability to plan and have a clear distinct vision for your work. Knowing how you will edit your video while you’re shooting is key when dealing with this type of work. Perhaps one of the most famous match cuts ever is in Lawrence of Arabia.

Although the image isn’t technically the same, the idea of removing a small light source like a match and immediately replacing it with a shot of another light source (the sun) is pretty magnificent. The audio editing is crucial as well; without the sound of him blowing the match out, the silence of the sunrise wouldn’t be as effective.

Some uses of this technique can imply a greater meaning or metaphor to your story, like the Psycho transition in the video above (her life escaping down the drain). But on a basic level, match cuts are an excellent way to change time and location in a way that feels stylish and effortless.

One of the best filmmakers working today, Edgar Wright, makes use of this technique in order to amplify the comedy in his films. Working perfectly with his insanely fast-paced tones, every scene flows together in a rapid comedic burst of energy. This video essay released by Every Frame a Painting explains why this type of editing is crucial to today’s audience.

For more video editing tips and tricks, check out these previous explorations into editing styles and methods:

What are some of your favorite examples of match cuts? Share in the comments below!