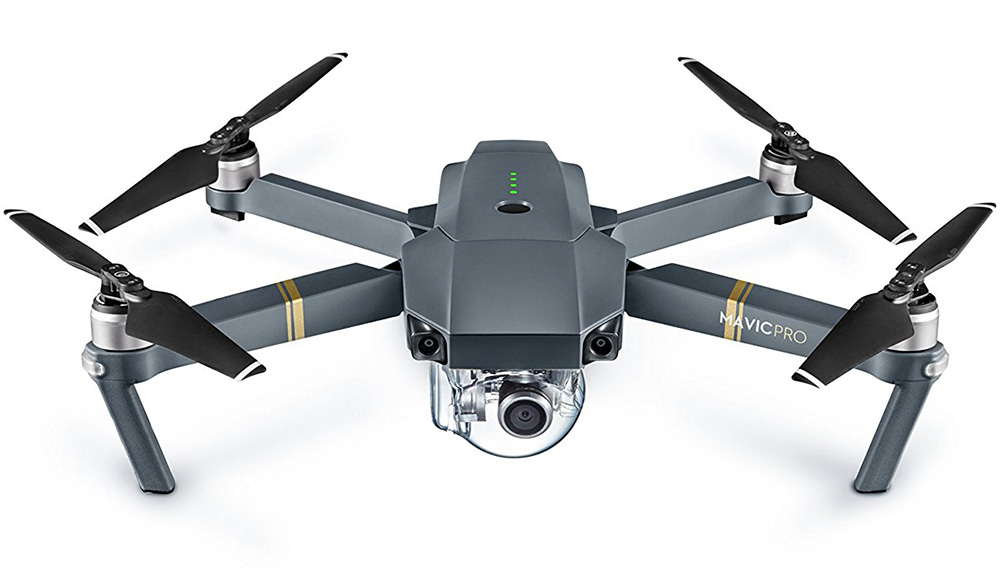 Today DJI announced the incredibly portable Mavic, the company’s newest UAV. It stands apart from the rest of the DJI drones, as this is their first to fold into itself.

All images via DJI

DJI looks to have solutions for every type of shooter. From professionals using the Matrice or Inspire 1, to the amateur and semi-pro users on the Phantom line, the company now targets new users, consumers, and pros with the sleek and very portable Mavic drone.

As an owner of the Inspire 1, my biggest complaint is how difficult it is to travel with the large drone. Have you ever hiked up a mountain with one of the larger drones? It’s the worst. I had to ditch the suitcase and strap the Inspire 1 to a backpack. It was the only way to feasibly travel. With the added weight of all the batteries, controllers, and accessories, I begrudgingly trudged my way uphill — both ways in the snow. That said, I got absolutely stunning footage that I am very pleased with.

The Inspire 1 also happens to be a pain in airports. You have to check this drone, and checking your gear is always a risk. I’m literally in the airport right now writing this piece as I travel to Adobe Video World in Seattle. I happen to have a Phantom 4 in tow, and it’s right here next to me in the terminal. It’s already so much easier to travel with in the airport, but I’ll put the carrying case to the test when it comes time to shoot.

As a drone enthusiast, and one who always has a UAV in tow, I am thrilled to see this shift in the industry to manufacture aircraft that are not only easy to fly, but easy to take along with you.

From my previous articles, you may take me to be a GoPro detractor. That’s certainly not the case. I’ve just been disappointed in the advancements (or lack thereof) the company has made to their cameras over the past few years. However, I was very impressed by the GoPro Karma.

The GoPro Karma was designed specifically with the traveler and athlete in mind. Whenever I head out of town, I have to convince myself that traveling with a drone will be worth the hassle. GoPro took that question out of the equation. Not only is the drone portable, it comes with a stabilizer and a very well-designed case — made for those on the go. I was considering getting a GoPro Karma, and then DJI finally dropped this amazing announcement.

The DJI Mavic takes the best of the Inspire 1 and Phantom 4 and merges them into a smaller and sleeker package. Obstacle avoidance, Follow Me modes without the need of a tracker, a 27-minute flight time, and 4K footage.

The Mavic also features a new transmission system with a 4.3 mile range that can take advantage of the drone’s 40-mph speeds. The best thing? This thing is small. Collapsed, the Mavic is designed to clip to your belt. Now, I don’t know where you’ll put the controller and batteries, so a backpack will still be necessary. However, any old backpack will do. It fits in large purses too.

The controller moves the screen below the controls, which may help with glare — yet without trying it, I’m not sure if my giant hands would always be in the way. It’s also a lot smaller, similar in size to a PS4 controller. Also, the Mavic features Gesture Control — meaning you don’t even need to touch the controller to have the drone follow you or take photos.

I’m really blown away by this thing, and I can’t wait to get my hands on one.

You can read more about the Mavic on DJI’s website.

Are you pumped about the new DJI Mavic? Share your thoughts in the comments below.