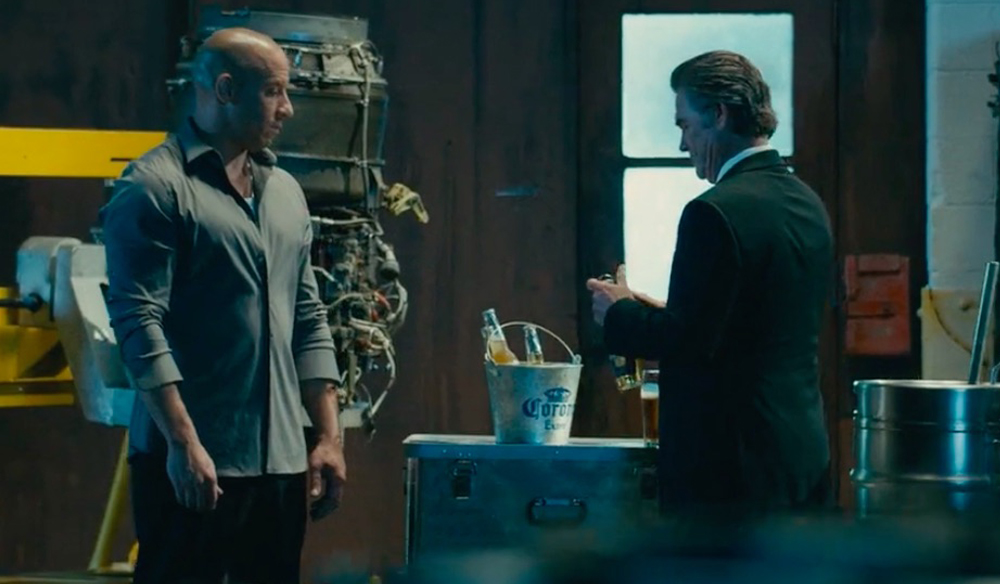 Hollywood product placement pro Marsha L. Levine opens up about the ins and outs of working with consumer brands in big-budget productions.

We’ve previously covered the history and evolution of product placement in film and television, and since then we’ve learned more about the inner workings of these deals from A List Entertainment Inc and its owner Marsha R. Levine.

While her name may not ring a bell, I guarantee you know her work. Some of her biggest product placements were for Duracell in The Matrix, Dr Pepper in Spider-Man, Sennheiser in The Departed, and 7UP in Friends.

Here is our exclusive interview with Marsha R. Levine.

PB: How did you get started in product placement?

ML: I produced one hour music specials, music videos, and owned a recording studio in London for many years [working with the likes of] Queen, Elvis Costello, and 10cc. I pre-sold my music films — and remember Menahem Golan saying to me that I should make them longer and he would distribute them. This was before MTV.

I thought that it was time to go back to the US — the film industry is more active there. I went for an interview that I thought was for film, but it was for product placement. I did Arachnophobia with [Steven] Spielberg and Belle Harbors wine. I signed Pillsbury, McDonald’s, Johnson & Johnson within fourteen months and decided to go back to working for my own companies. 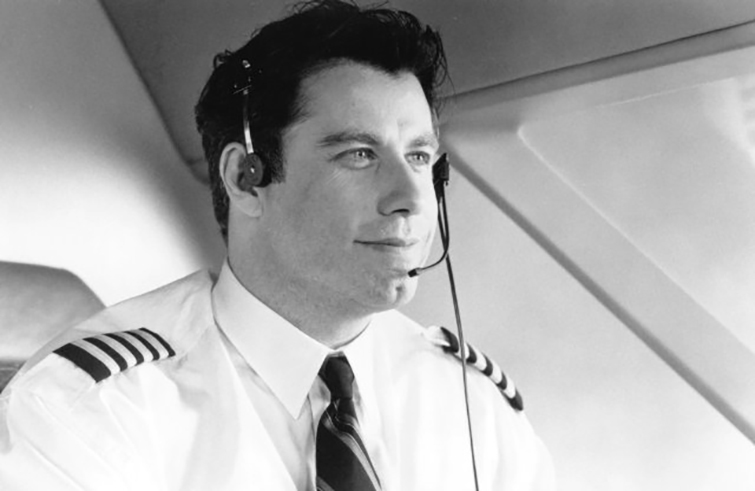 I met with Dassault Falcon Jet and said to the VP of Sales and Marketing Gene Rainville, “Gene, I’m starting my own company, would you like to come on board?” He said yes and I represented them for more than a decade. If you look at Look Who’s Talking Now and see the script, it was scripted for Gulfstream, but I presented and secured Falcon with two verbal mentions by Travolta that also was not in the script. I went on to secure many films for them, such as The Client, The Jackal, and The Sum of All Fears.

PB: Do companies have input on how the product is used in the final film, or is that left to the production?

ML: Traditionally if brands participate financially, they are doing so for numerous reasons. Firstly, it is or should be a seamless fit for the storyline and characterization. Then they want to see their brand in a recognizable manner in the film. Final is always creative and decided by production.

PB: Do directors often push back on product placement?

ML: Absolutely, the vision from the filmmaker’s perspective is paramount. 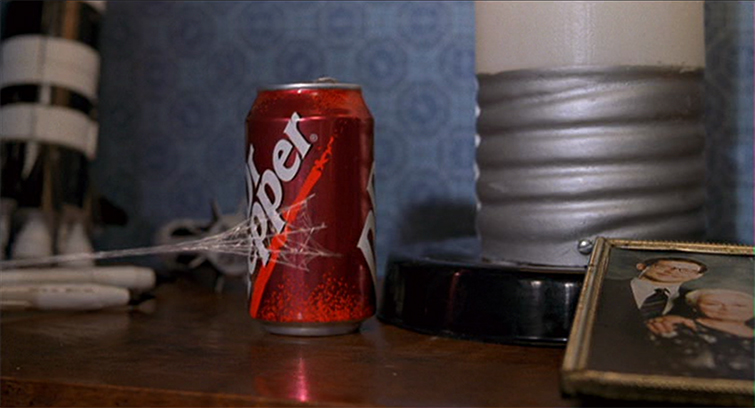 PB: Are there products that are more competitive in product placement? (Sodas, alcohol, cars, etc.)

ML: All categories that are naturally used in real life work well, such as the above. In addition, electronics and packaged goods.

PB: Do companies reach out to you first, or do you find companies based on the need of a production?

ML: It works both ways. Brands contact us to identify and secure films. Other times, as in November Man, we were contacted by Pierce Brosnan’s company, Irish DreamTime, to secure brands such as a 60-year-old scotch and awesome KGB FSB Russian vehicle. 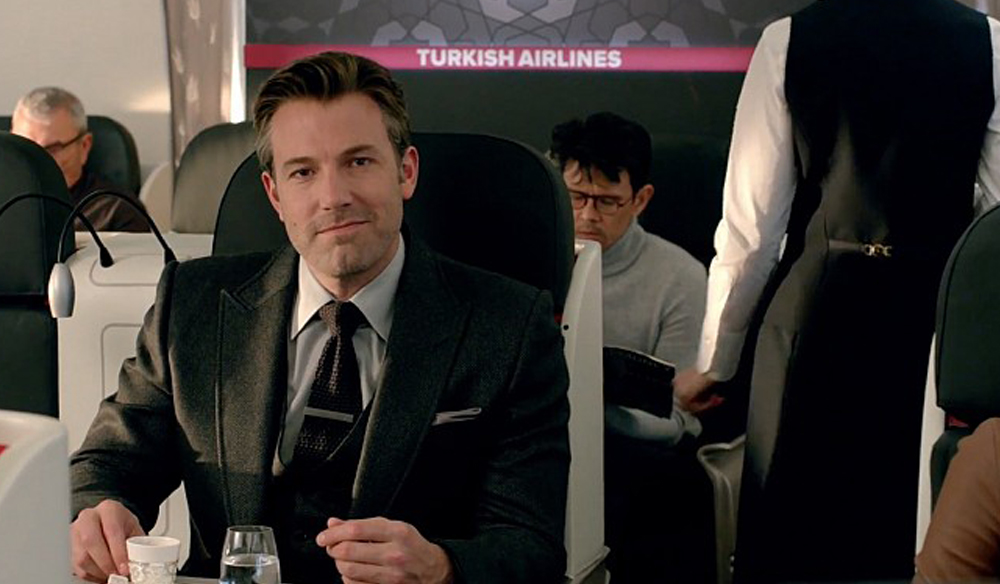 PB: Are you starting to see more companies wanting to get involved with placement outside of the film too?

ML: It depends on the brand, and now it’s easier with social media. We just finished a campaign with Swiss International Air Lines for a placement in Inferno. We worked on a social media campaign initiated by Sony with worldwide social influencers that did a scavenger hunt with Swiss Air Lines on the clues. It was on both the airline and studio Facebook pages and garnered millions of uniques.

[With the Turkish Airlines Batman v. Superman deal] I presented the potential of a multimedia campaign. As the film was a major blockbuster, commercials, social, promotional tie-ins and all 360 media is paramount. And when the release coincides with major events, positioning within those mediums are important. (You can read more about that deal here.)

PB: Do companies want exclusive product placement? How do they handle competing brands?

ML: I think all brands would prefer exclusivity. However, there are certain parameters and storyline dictates. As examples — for a major brand placement such as Turkish Airlines in Batman v. Superman or Dr Pepper in Spider-Man, there are no competing brands.

We term the film either a Coke, Pepsi, or Dr Pepper/7Up film. And if you look at the placements, only the brands within those companies will be in the film, such as the water Dasani with Coke. 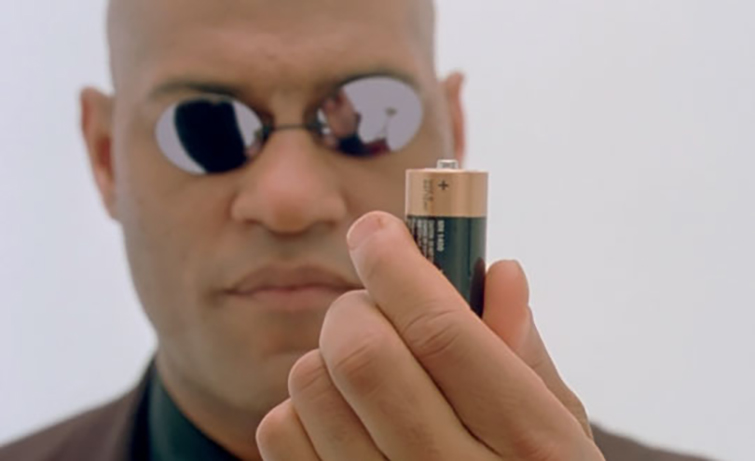 Image The Matrix via Warner Bros.

PB: Can you elaborate on the difference between screen placement, script placement, and plot placement — and how that affects the cost?

ML: An integrated placement speaks to the values of the brand. At times this may be an integral part of the storyline, from first instance being the screenwriter’s vision of the character. Then we have a verbal mention, where the cast may ask for the brand by name. Again, this may also be a natural part of the storyline as it is in real life translated to script and screen. We then have the natural dressing of sets, be it in the kitchen, living room, etc. Pricing moves dependent upon usage.

Now, I couldn’t get Marsha to get into too many numbers or analytics; much of her work is confidential and proprietary — yet she did mention there were vast improvements in metrics and measuring engagement. You can conclude that so much of this ties into the massive cross-promotional campaigns with superheroes on your favorite soda and bag a chips, down to tracking the interactions and use of hashtags on social media.

The growth truly reveals the massive globalization of films and televisions shows as products. We still get to see the occasional art piece, but expect the future of film to be even more commercialized. The best you can hope for is a fair balance where products naturally fit into place — much like Coca-Cola and Eggo in Stranger Things — versus always seeing a Dodge Charger and Challenger in nearly every action film.

That’s why Levine was also one of the founding members of Placement Association of America. As she says:

It was a free-for-all before we started the Association. Out of hand. As an example, a studio would make a deal with a packaged good company and they would go onto the set and the crew had product from a competing brand. Frank Devaney — from Rogers and Cowan — had the idea for the Association. There were about five or six of us at the initial meeting and we created it then. From there we drafted ideas of how we wanted the business practices of the industry to evolve and the studios generated paperwork and working templates. We started an ethics committee where I sat on for two terms in addition to being on the board for two terms. We now have standards and practices within the industry that I am proud to have been a part in its evolution.

What are your thoughts on product placement? What are some examples that you’ve seen? Share them in the comments below.