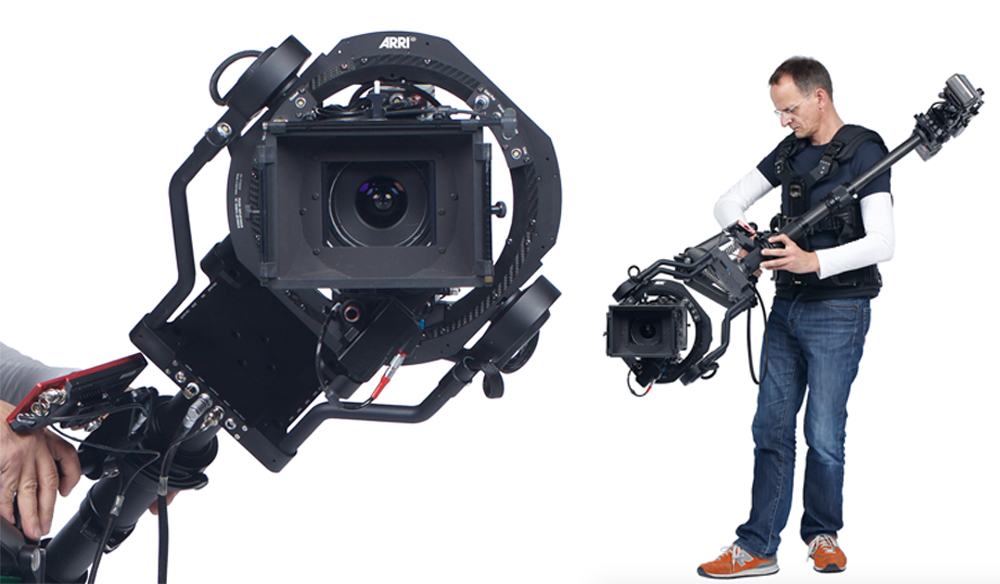 ARRI purchases one of the coolest stabilizers out there and showcases other new technologies at NAB 2016.

Exciting news from ARRI out of NAB 2016. The company will now be the exclusive seller of the Artemis Trinity stabilizer. Plus, new SkyPanel updates make coloring a set a breeze.

One of my favorite rigs at IBC 2015 was the Sachtler/Vitec Artemis Trinity stabilizer, which has since been acquired by ARRI. The company announced a production version of the Trinity and is currently demonstrating the latest improvements on the NAB floor.

Trinity stands out from other systems by combining well-established mechanical camera stabilization with modern, 32 bit ARM-based gimbal technology. This combination enables uniquely fluid, wide-ranging and precisely controlled movements for unrestricted shot-making and total creative freedom.Curt O. Schaller, who developed Trinity and – together with Dr Roman Foltyn of FoMA Systems – invented the Maxima gimbal that functions as the head of the system, is joining ARRI as Product Manager Camera Stabilizer Systems. His long-term colleague Jörg Pitzing is also moving to ARRI and will oversee service support for the product range.

The Trinity works wonderfully with the ALEXA Mini, but can even accommodate film cameras like the ARRIFLEX 235 and 416. Users can even use telephoto lenses on the Maxima gimbal, controlling movement with a joystick. 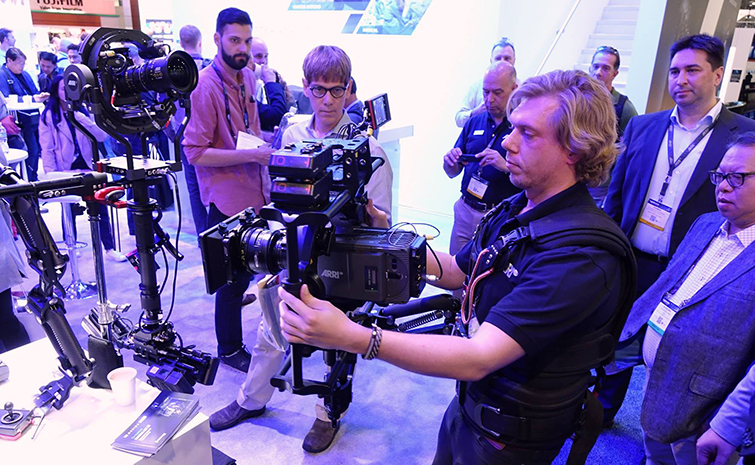 ARRI is also taking over sales of the Artemis Maxima standalone gimbal head was well. The Maxima features weight compensation, meaning users will not have to rebalance when changing lenses. Initial shipments are scheduled for May 2016.

The prototypes can be seen on the NAB floor at the ARRI booth.

ARRI has also announced an update to the popular SkyPanel series of lights. Here are some of the most exciting new capabilities.

Rosco/Lee Gel Libraries
Emulate a variety of well-known lighting gels in seconds via the onboard controls or through DMX.

Tungsten ModeMimic the dimming curve and strike on-and-off effect of a traditional tungsten lamp. The CCT warms as the light is dimmed. When the intensity drops to zero quickly, there is a short afterglow of warm light.

Dimming Curves
SkyPanel dimming allows different behaviors for specific applications. The exponential curve provides fine control at the low end of the dimming scale, while the logarithmic curve allows for better control at the high end. The ‘S’ curve gives both high and low-end dimming fidelity, but limited control in the middle, and the linear curve gives a one-to-one translation of the output to intensity level.

DMX Fan ControlFor added control and to eliminate any sound, the SkyPanel fans can now be set to different modes (or even turned off) for short periods of time. The SkyPanel will protect itself from damage by turning the fans back on at a very low level if the LEDs get too hot.

Save/Load Presets via USBStore and recall up to ten different user presets. Save these presets to a USB stick and transfer them to easily change another SkyPanel.

As the standard camera of so many major motion pictures, ARRI had plenty of footage to show off — including the work of three-time Oscar winner Emmanuel Lubeski (Birdman, The Revenant), Roger Deakins’ stunning cinematograpy in Sicario, as well as plenty of commercial shoots.

The Looks of Alexa