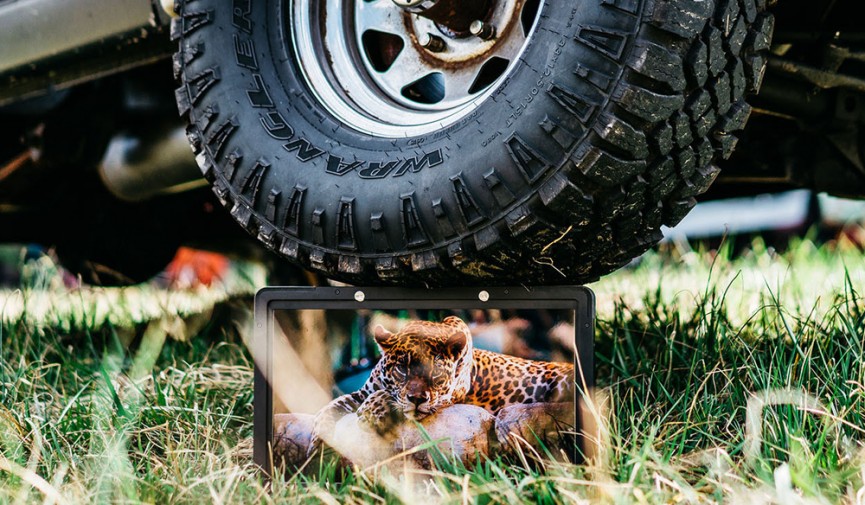 NAB 2016: The Newest in Monitoring, Lighting, and Audio

Take a look at some of the new HDR monitors, light fixtures, microphones, and recording devices from the 2016 NAB show.

We’ve seen some awesome camera rigs and gear updates announced at NAB 2016 — and the industry headlines just keep coming. Here are some of the latest in lights, sound, and storage.

Need to keep an accurate eye on what you’re shooting? These just-announced monitors are a fantastic place to start. 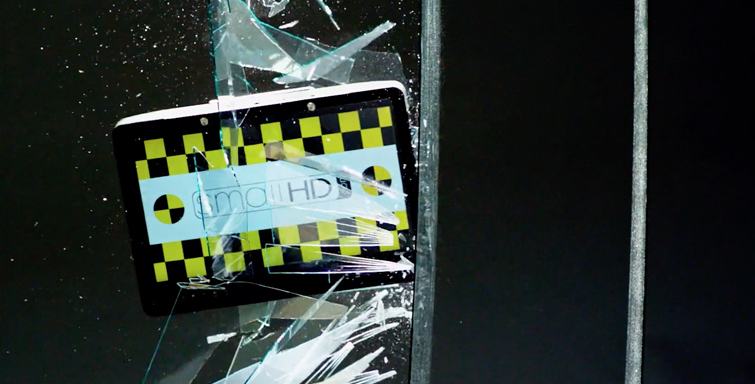 Perhaps the most popular monitor manufacturer at the moment is SmallHD. They’re known for the 500 and 700 series of mobile monitors, but the company recently teased their new HDR line. The company started their announcement by showing off their Torture Test, in which they literally shot the monitor with a gun and parked a truck on top of it.

The incredibly sturdy SmallHDR will come in three sizes, all priced in a way that makes this one of the most affordable lines of HDR-capable production monitors on the market: 17-inch ($3999), 24-inch ($5499), and 32-inch ($7999). The SmallHDR line will be available in May.

AbelCine got a look at the new SmallHDR monitors at NAB.

We didn’t hear too much from Blackmagic this year, but the company did announce some updates to their cameras and software. One of the more exciting new devices was the Video Assist 4K, which is a touchscreen display that also allows you to record 10-bit 4:2:2 quality ProRes or DNxHD files to an SD card.

Atomos was the first to introduce an all-in-one monitor recorder, and they’ve just announced a new flagship monitor in the Shogun Inferno. The monitor combines 1500nit/10bit/HDR recording capability with 4Kp60 over Quad-SDI playback and editing. The Atomos Shogun Inferno is scheduled for a Q3 release at $1995.

Take a look at the Shogun Inferno and more in this video from Adorama.

For those of you working in VR, there have been quite a few announcements about 360-degree video production. One of the latest announcements comes from Teradek, who has introduced Sphere,  a wireless monitoring system for VR. Not only does it offer real time monitoring on an iPad, you can also use the device to live stream VR video — which will be supported by YouTube.

Here are just a few of the new ways you’ll be lighting your set in the year ahead, courtesy of NAB 2016.

Some of the earliest NAB news we saw came from ARRI, who updated the firmware on the SkyPanel. They introduced a ton of new features like onboard gel libraries, tungsten mode, and dimming mode. You can read more about ARRI’s SkyPanel and other announcements here.

Recently, No Film School got a look at the SkyPanel in action.

Lighting company KinoFlo introduced the Select Series at NAB 2016. The LED fixtures have a Kelvin range of 2700K to 6500K, and offer a green/magenta correction as well as wireless DMX. The Select 30 and Select 20 can be operated wirelessly as well. The lights will come with a 90-degree honeycomb louver, and a 60-degree is available to add on. The Select 30 ships in May, and the Select 20 is scheduled for June.

Here’s look at the KinoFlo Select Series from No Film School.

Here’s a look at the Lyra LED Soft Lights from Newsshooter.

Aputure introduced a few new work lights designed to fit the tight budget of indie filmmakers. The new Lightstorm COB 120t fresnel will come in daylight and tungsten versions at first, with an adjustable color temperature version coming later. Expect the light to cost around $585.

The company also announced two new microphones, the A-Lyra Lavalier mic and D3 Shotgun mic. The A-Lyra was designed for mobile use and will actually connect to iPads and iPhones via lightning cables. They also designed the A-Lyra with Mac devices without a 3.5mm jack in mind, as the device has its own 3.5mm jack for monitoring. The A-Lyra will cost $120 upon release.

The D3 supercardioid shotgun mic was designed to make broadcast-quality audio more affordable. In the video below, you’ll see the D3 tested next to the Sennheiser 416. The D3 will be available for $280. Here’s a look at their new lights and microphones from No Film School.

Fotodiox introduced a new FlapJack LED Wand and LED Ring Light at NAB 2016. The bi-color light wand has removable barn doors and a pistol-grip for handheld use. The color is adjustable between daylight and tungsten. It’s powered by either Sony NP-F batteries of AC power.

The LED Ring Light was designed to offer 360-degrees of soft and uniform light. The fixture has a 1/4-20 thread, compatible with 15mm and 19mm camera rods.

On top of the Aputure microphones mentioned above, here’s a look at some of the other noteworthy NAB 2016 audio announcements.

Tascam debuted the DR-10SG, a $199 recorder with built-in microphone that attaches directly to your camera. This is ideal for those shooting on DSLR and mirrorless cameras. The supercardioid microphone rests on an integrated shock-resistant mount. The recorder has four selectable EQ modes, audio pass-through, and an onboard audio slate. The DR-10SG also uses a Dual Recording mode with records a secondary track at a lower level, in case you experience any popping or loud bursts of sound from your subject.

Take a look at the Tascam DR-10SG from No Film School.

Well known by indie filmmakers for their handheld recorders, Zoom just introduced the U-24 and U-44 interface. These devices allow you to connect microphones, instruments, or monitors into an array of recording devices like computers and iPads.

The U-44 is the more impressive of the two, as it features a 10-pin connector compatible with all other Zoom products. There are combo TRS/XLR inputs, a selectable S/PDIF connection, MIDI support, and outputs than can go directly to your monitors. The U-44 is available for $199.99 and the U-24 for $149.99

Sennheiser announced a new supercardioid microphone designed specifically for DSLR and mirrorless users. The MKE 440 is a stereo pair set up in a new arrangement developed by Sennheiser. The V shaped setup is said to represent the viewpoint of the camera. This allows the microphone to pick up dialogue and ambient noise, offering a more accurate sound of the shooting environment.

The MKE 440 has built-in shock mounts and can run for over 100 hours on two AAA batteries. It connects to your DSLR via a 3.4mm jack. The MKE 400 will be available in June.

Keep up with the PremiumBeat Blog for more on NAB 2016.