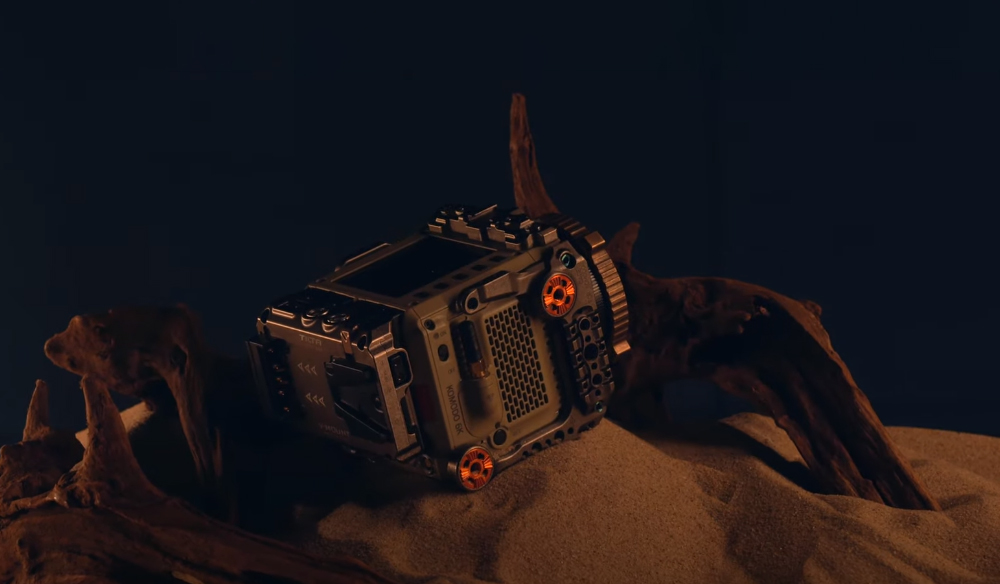 Is the new RED Komodo camera off the point on the overcrowded mid-level camera market? Who is this camera for? Let’s put the new camera under some scrutiny.

In 2012, after being bombarded with social media posts from filmmaking and industry blogs that RED had lowered the price of the RED ONE MX to $4,000 (and that you could now get 4k for $4k), I hastily pulled out the credit card and purchased my first cinema camera before the available stock was depleted.

In hindsight, it was a poorly thought-out investment made by an impulsive 22-year-old guy. I couldn’t properly finance the camera brain itself, let alone the peripherals needed to shoot with it. When I finally did have the needed components, I lacked the correct rigging equipment. In most scenarios, I ended up opting for my DSLR. While $4k for 4k was a loose marketing term, it was never just $4k for 4k. Additional components were still required, and when even the LCD feed cable costs $150 used, that $4k quickly becomes a much bigger number.

Despite all that, I loved the colors and images that the camera produced. To date, no camera I’ve owned has never come close to that mystical RED color science.

The camera landscape in 2020 is extremely different from what it was in 2010-2012. It’s not $4k for 4k — it’s $1,295 with no extra components needed. While in early the 2010s, most low-budget filmmakers aspired to own a RED, today the choices for cinema-grade cameras are vast. And these choices don’t even fall into the mid-level tier of $5-$10k cameras. In fact, the mid-tier range of cameras has started to drift into obscurity as we’re starting to see more of the features that you would find on the C300 and FX9 on lower-priced cameras. It’s interesting to see that RED’s latest model, the Komodo, falls into the mid-level camera price region, but echoes the design and features of the sub $5,000 market. 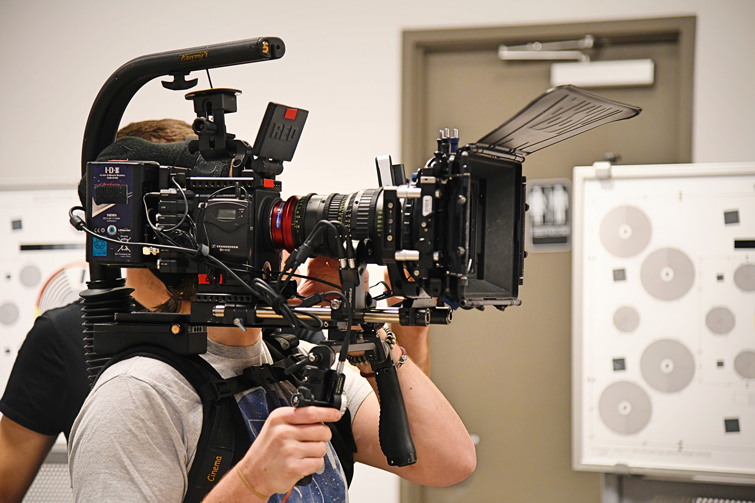 Despite numerous Instagram posts, forum entries, and YouTube videos, we’re still not 100% sure about the RED Komodo’s full specifications. They have yet to be formally announced. However, piecing the clues together from those posts and previous reports, we know that the camera will house the following:

There will likely be additional features attached to some of the specifications listed above, but this is what we’re working with until we get the full list.

The most significant change to this camera versus RED’s other models is that it shoots right out the box… to some extent. While the awkwardly placed integrated touch screen does call for a third-party monitor you could, in theory, shoot without one. As a result, the camera only requires media and power to become operational. A far cry from the format of every other RED system.

Additionally, the camera also houses phase detection autofocus. This feature isn’t typically found in cinema cameras, but more traditionally in mirrorless and DSLRs. While the line between what makes an amateur and professional filmmaker is increasingly blurred, one component has typically been autofocus. For solo shooters, autofocus can be an integral feature. For professional sets, you’re going to have a dedicated person to pull focus, or at least a camera system with a solo focus pulling rig. Therefore it’s curious that RED is including this feature on a camera seemingly targeted (with its price) towards working professionals.

Outside of the R3D codec and global shutter, the Komodo specs aren’t significantly new to cameras priced slightly above the $4,000 margin. Considering that the base package is $6,000 (or $7,000 if you want a white edition), I’m starting to wonder — who is this camera for?

Who is the camera for?

Last month we started to see footage released online from the early Komodo adopters, and the response has been underwhelming. Before watching the footage, it’s important to note that all current material is from a beta-testing camera build. The cameras are set to receive a hefty firmware update before the general release. However, if there is one thing these pre-release videos have in common, it’s the number of dislikes.

Over the last five years, first with the Hydrogen One phone and then the on-going media storage controversy, some folks have become critical of RED. When an article is published about the company, it doesn’t take too long to fill with negative reactions. But I don’t think general dislike for RED is the driving cause of the KOMODO test footage reaction. No, I think people are simply unimpressed with the image quality.

From the RED ONE MX to the RED Helium, there’s been a distinctive RED footage characteristic that’s undeniably it’s beautiful. While we shouldn’t expect the same quality in a model that costs 2/3rds less than the next available system, it’s just not the expected brand quality people were hoping for. And I have to agree.

“Am I the only one that still isn’t impressed with this camera? I use RED cameras all the time, but I’m struggling to find the value in this one.”

Even with the videos that promote a great image like the one below, the quality doesn’t seem to compete with that of a lower-cost camera like the BMPCC6k or the S1H.

Maybe we’re looking at the camera in the wrong light?

With the increase in hybrid still-and-video cameras, and the insatiable need to appeal to the modern content creator, newly released cameras often attempt to do it all. And if they can’t, you’ll get manufacturers who split their lines into identifiable units that specifically focus on video, stills, or the best of both. Think Sony A7, A7R, A7s, and Lumix S1, S1H, and SHR. But when the filmmaking community is presented a camera that only does one thing, there’s inevitably conversation about why it can’t also do other things. It’s amusing, to an extent. Nobody would buy a hammer and get upset when it can’t unscrew screws. 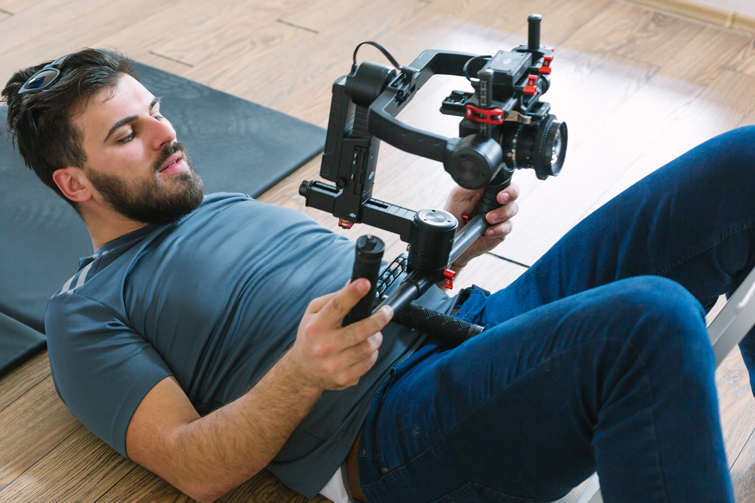 The do it all videographer needs the perfect blend of video and photography features. Image via Myvisuals.

Thanks to the KOMODO’s discreet nature, this ideology has plagued the unit. Nobody really knows if it’s supposed to be for the modern content creator, A-cam for an indie production, or a complimentary B-cam to the Helium. Several RED KOMODO owners recently presented a live stream answering questions about the camera, and Jarred Land (CEO of Red) himself later joined them. He mentions something that may reveal who this camera is really for.

He notes that the KOMODO has been in development for several years as RED’s answer to crash cams. The company wanted to deliver high-quality image with RED’s color science to this underserved sector. Now things start to make sense. While DSLRs and mirrorless cameras have been used as crash cams in various productions (the 5D Mk II was used in the billion-dollar grossing Avengers), it can sometimes be jarring when you see that quality shift.

As a Pocket 4k owner, I love to poke fun at the fact it’s anything but pocket-sized. Even if you’re filming with the barebones, it’s still larger than most large mirrorless cameras. The KOMODO, on the other hand, is extremely small. It’s 4″ x 4″ (10.16 cm x 10.16 cm) and weighs around 2 pounds (900g). This is the ideal camera to get into small spaces, mount onto light drones and gimbals, and still obtain cinematic images within that R3D codec.

While the camera may have evolved from the initial concept (it’s modularity can make it into something bigger than it is) it still remains a compact powerhouse within its specifications. Is it still a crash cam? Is it worthy for content creators? Is this the new indie production workhorse? We won’t know until RED officially announces it, but it remains that we just aren’t seeing that typical RED excellence with the current footage circulating the web. It will be interesting to see where this camera stands when it’s out of beta testing and released for general ordering.

Get more takes on popular gear in these articles: