Nikon has just unveiled its long-rumored first foray into the mirrorless camera game with the brand-new Z7 and Z6 models.

All images via Nikon.

Built the same way as Sony’s A-series mirrorless cameras, Nikon’s answer is a similar offering in the field of mirrorless cameras with minimal feature changes — but including a massive sensor with a few added benefits sure to make waves in the filmmaking community. For the upcoming Z7 ($3,399.95) — September 24th, 2018 release — we’ll see a 45.7 megapixel sensor, 493 focus points, and max 25600 ISO. The second model, Z6 ($1,999.95), will release sometime in November with a 24.5 mega-pixel sensor, 273 focus points, and a 51200 max ISO. Let’s take a look at some of the other features of these new cameras.

Not only did Nikon announce the two new cameras, they also announced the new Z-mount lens system. The camera will feature a 24-70mm f/4 kit lens that by itself will cost about $999. A 35mm f/1.8 will also be available on its own for around $845.95, as well as a much cheaper 50mm f/1.8, which will release in the fall. So, if you’re wondering what to do with all of your F-mount lenses, Nikon will release a FTZ adapter for $250 that will support autofocus and auto exposure. This is a huge plus for anybody who doesn’t want to fork over cash for the new native lens lineup. 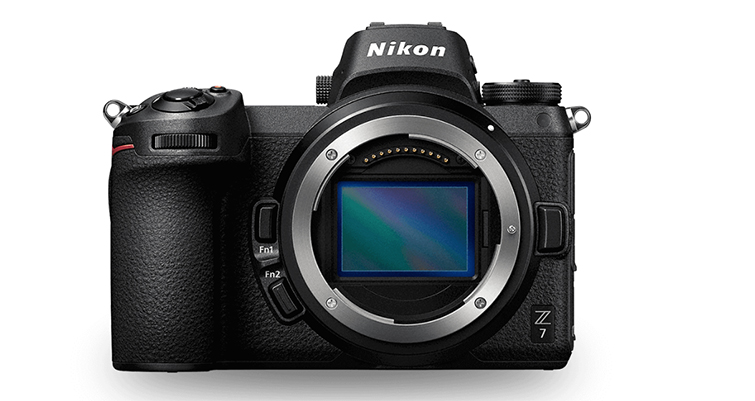 The autofocus system with the Z7 is improved due to the stepping motor in the new lenses that allows smoother and quieter autofocus while you record. Shooting 4K will be similar to the Sony A7R III, with the image cropped to an APS-C size. The Z7 can now record uncompressed video to an external recorder at a 10-bit 422 file unlike the previous 8-bit (though it records 8 bit internally). On top of that, you can now use the log profile, N-log. There’s also a view assist to let you see the correction while you shoot. Also, apparently the camera is much lighter than it looks. Here are the rest of the specs:

So naturally, like any camera or lens release, be on the lookout for review videos and roundups to see if this looks like something you’d be interested in.