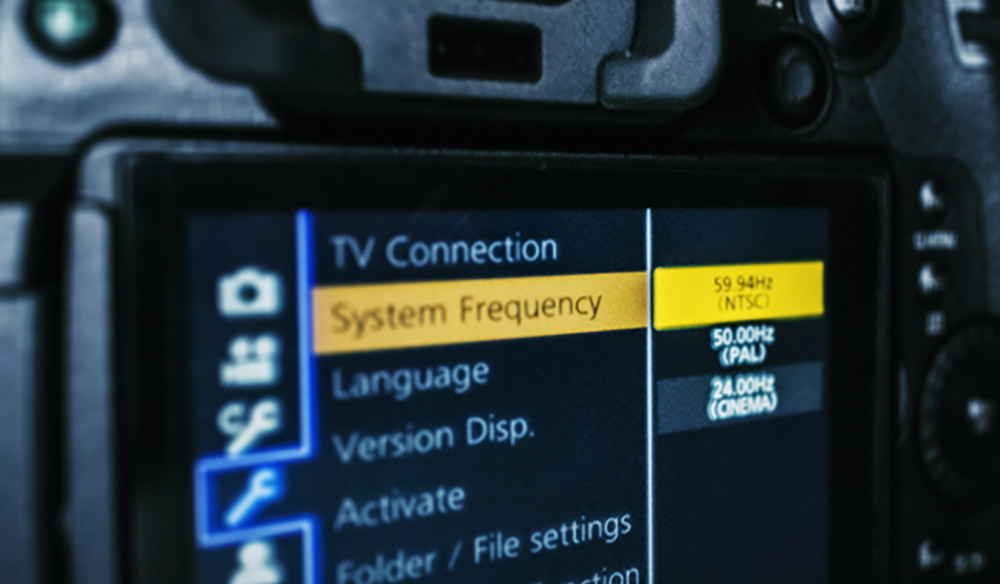 Are you traveling? Can you use the GH5S’s NTSC for 23.98fps? What about flickering lights? We’ve got answers for all these questions.

With the recent release of the successor to the GH5, the GH5s, questions that surrounded the GH5’s release are relevant again:

In the setup menu on the GH5 (or GH5s), you’ll find three System Frequency settings:

Side note: using the NTSC system frequency on the GH5 will also allow you to use the C4k (4096 x 2160) resolution, while the highest resolution available in PAL is only 3840 x 2160. On the Gh5s, you can shoot in C4k across all frequencies. 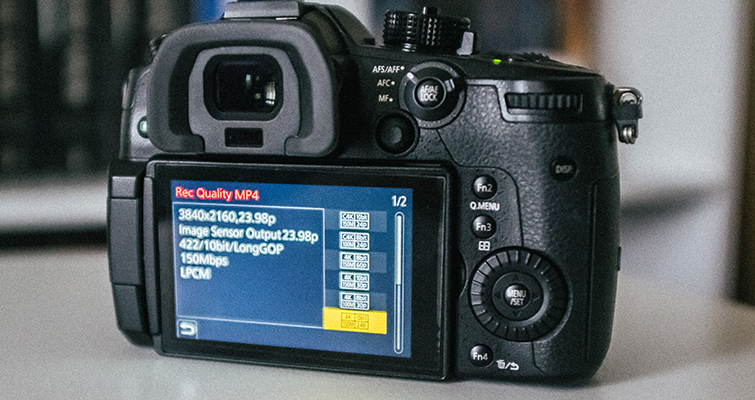 Given that 23.98fps and 24fps are the most popular frame rates that (narrative) filmmakers like to use, the question is Can those who live in a PAL region switch the NTSC system frequency to use 23.98? As you may know, in a PAL region, the frequency of the alternating current running through electrical mains is 50Hz, and that can cause a strobing effect when shooting under artificial light with the wrong settings.

broadcasting systems and AC frequency is a lengthy topic to cover. (The NTSC Wikipedia page has enough content to fill a 30-minute bus ride.) Therefore, to stay focused on the questions from GH5 users in PAL regions, we’re only going to skim the surface of the topic to contextualize it.

A lot of this information may appear dated, and that’s because, in essence, it is. Toward the end of 2010, many countries around the globe switched from analog terrestrial television to digital terrestrial TV, and with the adoption of HDTVs, the PAL vs. NTSC broadcasting fight has been somewhat silenced. Most modern TVs can adapt to different frame rates on the fly, and the need for transcoded media isn’t as high.

The reason why these broadcast systems were established in the first place is because of the alternating current for the given countries. In PAL regions, the AC supply has a frequency of 50hz, while in NTSC territory, the frequency is 60hz.

What does that mean? Well, even though electrical light to the naked eye looks constant, the light is actually is pulsating 100/120 times a second. When your camera is recording at 30fps in a 50hz location, the light pulses fall unequally within the passing frames, and as a result, we get a flicker. Jonas from 52Things: Rob & Jonas explains this with a visual animation in the video below. The video has been shared with a timestamp so you can jump straight to the relevant moment by clicking play.

Since the combination of shutter speed and FPS is responsible for aligning the light pulses to each frame, where does this leave shooting at 23.98/24fps in a PAL region? When presented with flicker, other than using a different lighting source, there are two camera parameters you can adjust: the frame rate and the shutter speed.

Camera company RED not only has a flicker-free calculator, they also offer insight into the math you need to avoid light flicker in a foreign region.

Frame Rates. Choose a frame rate equal to the lighting pulse rate divided by some integer. This is often the simplest option since most corresponding shutter speeds will appear flicker-free.

Shutter Speeds. Choose a shutter speed equal to the lighting pulse rate divided by some integer. This option often isn’t as straightforward, and it can constrain one’s ability to control motion blur. On the other hand, this option typically minimizes flicker under a broader range of lighting and power types.

Since we want to use 23.98, the option of adjusting our frame rate is null and void, but we can change the shutter speed. If you’re in a PAL region, the shutter speeds that will work flicker-free are 1/33.3, 1/50, and 1/100. The irony here is that many DSLR and mirrorless users opt for 1/50 for 24fps filming as 1/48 is often unavailable — although in the GH5 you can achieve a 180-degree shutter by turning the SS/Gain Operation to Angle. If you’ve been shooting 23.98 at 1/50 in a PAL region, it’s likely you haven’t encountered a problem anyway. However, if you were to increase the fps to 30, and increase the shutter the 1/60 to maintain a 180-degree shutter, you would see the flickering.

Looking for more information on video gear? Check out these articles.