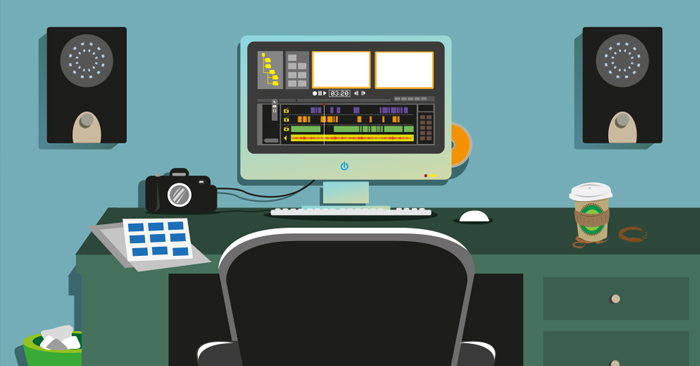 Be a better film or video editor! Memorize a few of these video editing mantras to guide you as you work.

For new video editors looking to improve their craft, there are a few editing truths that have stood the test of time in the cutting room. They are the kind of things you can learn by experience, but having them passed on by other editors is a decent shortcut to getting a lot better, very quickly. As with any axiom you really need to think through not only your own work, but how best to unpack and apply the rule in your given situation. In this post I’ve rounded up a few of my favorite video editing mantras.

These six guidelines are what legendary film editor Walter Murch believes are some of the most important things to consider when making a cut. The percentages beside each one are, for Murch, a simple way of demonstrating which rules carry the most weight. For example, a cut that works for the emotion of the moment is better than ones that simple adhere to the continuity within the scene. For a deeper explanation of Murch’s rule of six there is a good write up over on AOTG.com worth checking out.

Murch first codified these ‘rules of editing’ in his book In The Blink Of An Eye, which is one of the books I recommend in my second instalment of Books For Film Editors. Walter’s book is well worth a read.

One of the reasons that new editors’ work is often a bit long and boring is because they’ve not learned to ‘Murder their Darlings’ – a slightly gruesome way of say that you need to be brutal enough to take out your favorite scenes or moments if doing so makes the whole film better as a result. This demands a certain amount of discipline and decisiveness, but it is vital to creating great work.

Often when you’ve taken a major piece out of your film, you need to leave it a while to see if you really miss it. A little bit of time and distance from the material, even if that’s just over night, can make a huge difference in gaining real objectivity on whether the murder of the darling really does make the film better. Be sure to duplicate your sequence before making any major change, so that if it’s better with it, you can always go back!

For a few more thoughts on how to maintain your objectivity check out this previous post: 5 Tips To Create Better Work By Maintaining A Fresh Perspective.

If you were to name your 3 rules of editing, what would they be? #PostChat

In a recent Twitter conversation the collective #postchat editors shared their thoughts, some more seriously than others, on what makes for good editing guidelines. Here are a few of my favorites. You can check out the entire transcript of the conversation here.

@Dr0id 1. Don’t rush. Make your cuts deliberately. 2. Lay out audio first. 3. Argue for the cuts you believe in, but be humble.

@Dr0id #PostChat 1. Edit everything 2. Edit for everyone and with everyone 3. Edit every project like it’s your last

These are some of my favorite video editing mantras, but there are plenty more besides these. Hit the comments section and share your favorites!