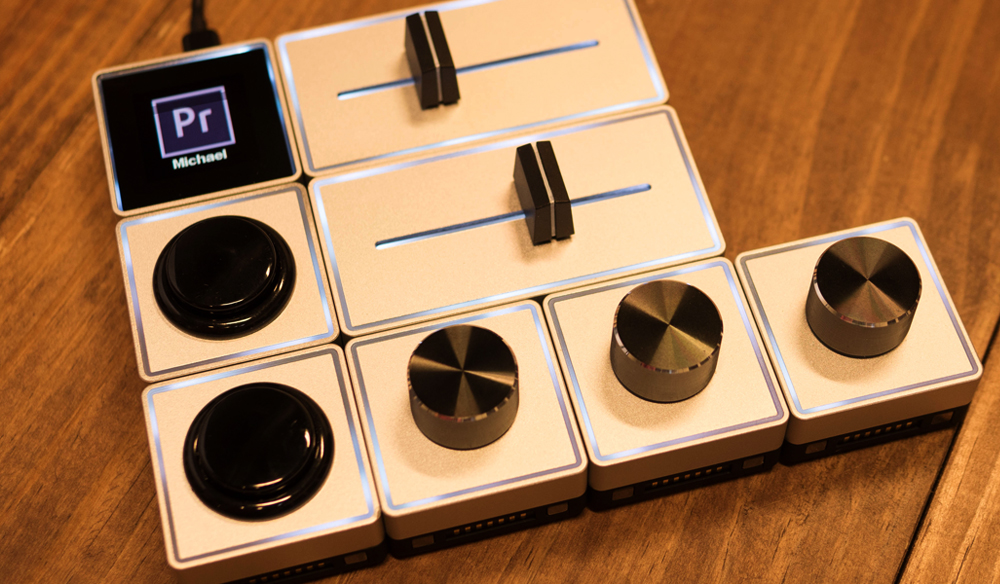 This is an amazing piece of equipment for photo editors, but will the Palette Gear stand out for video editors?

The Palette Gear is certainly one of the most talked about panels around, and rightfully so. The modular device not only looks cool, but the build quality is also fantastic. This device just feels good. Powerful magnets for easy connections, well-lit attachments that indicate a connection, solid weight — this is not a cheap plastic toy.

The Palette Gear was first developed in 2012, and eventually it became a successful Kickstarter campaign. Now that it is fully available to the public, the controller is finding its way into the hands of many creatives. Photographers and photo editors have resoundingly fallen in love with the Palette Gear for it’s spectacular abilities and speed in Adobe Lightroom. But what about video editors? Can the Palette Gear help speed up your workflow? Let’s take a look at current capabilities, and talk about the device’s strengths and weaknesses.

The Palette Gear Modules and Kits

The Palette Gear is compatible with Mac and Windows. Of all the various modules, the core is the actual brains of the operation.

The core’s USB connection powers all the connected modules, so there is no need for any A/C power. The core features a color OLED screen that displays the program you are working in, as well as the profile name — meaning you can create multiple profiles for various tasks or other editors. From the core, you can then magnetically attach buttons, dials, and sliders in countless variations.

Buttons are single-click arcade-style controls. Like all the other modules, they feature a light up edge — the color of which you can customize to keep track of what each module does.

Dials are knob controls that also feature button functionality for additional tasks. These are by far the most powerful tools in the entire set.

Sliders are simple up-down or left-right controls. They are not mechanical, so they are not as accurate as they could be. More on the sliders later.

The Palette Gear is available in three different kits — Starter, Expert, and Professional. The Starter Kit starts at $199 and includes the core, two buttons, a dial, and a slider. The $299 Expert Kit (which this article is reviewing) includes a core, two buttons, three dials, and two sliders. The Professional Kit will set you back $499 and comes with the core, four buttons, six dials, and four sliders. 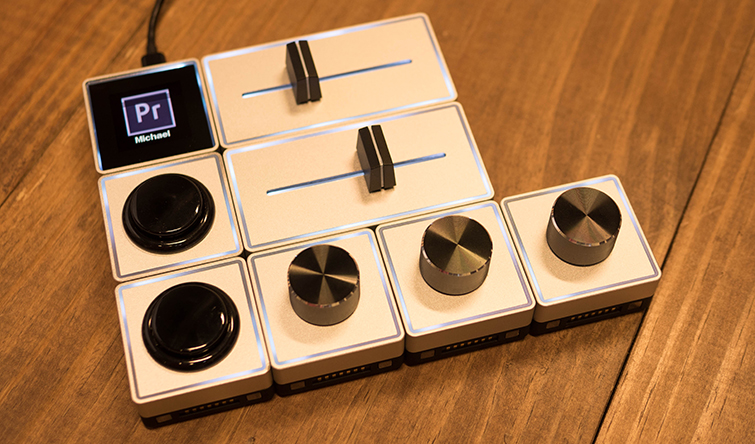 Additionally, you can purchase individual modules for additional customization. Buttons are available for $29 each, and dials and sliders will cost you $49 each. In total, the Palette Gear can support up to 18 modules.

The modules are incredibly easy to snap together. Simply connect the pins to the pads. They will magnetically snap together. The modules then light up to indicate successful connections.  If you don’t get a light, turn the module and connect it from another side.

Setup is equally simple. After installing the PaletteApp, you will see options to create profiles for each of the various programs. The app will display the modules as you connect them. Then you simply click on each module and assign a task to each button, dial, and slider. 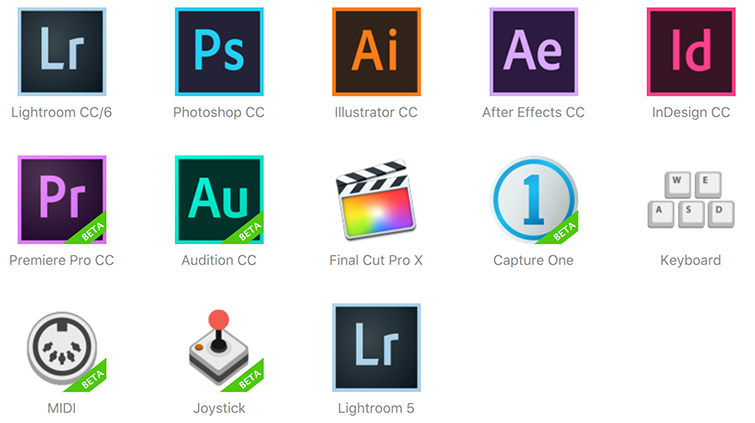 To date, the Palette Gear supports FCPX and a majority of Adobe Creative Cloud programs such as Photoshop, Lightroom, and After Effects. The Palette is still in Beta for Premiere Pro and Audition. You can also configure the Palette Gear to replicate keyboard shortcuts and act as a MIDI device. It is currently in Beta to work as a modular Joystick for gamers.

There is also a community dedicated to creating and sharing Palette profiles. You can find detailed profiles for Lightroom, like concert photography, basic retouching, temperature control, and more. There are also plenty of keyboard shortcut profiles and custom-mapped programs like Chrome browser hotkeys, Reddit enhancement suite, iTunes, and Spotify.

Update: According to a representative at Palette, FCPX is still in Beta.

To put the Palette Gear through the process for video editors, we ran tests on Premiere Pro, After Effects, and Final Cut Pro X. The results were pretty similar in each test. You’ll immediately want to start mapping as much as you can. It’s fun to try and figure out the best setup, and to program the Palette to your liking.

The Palette Gear shines during tasks like color control, which is why it really is great for photo editors. For video editors, most of our repetitive tasks are already keyboard shortcuts. The longer the Palette was on the desk while editing, it became easier to just fall back into using keyboard shortcuts. For video editors, there is no real increase to your editing speed.

As for color control, if you are a Premiere Pro editor doing color work in the Lumetri panel, you can map the Palette Gear to help with the overall color grade. Here is a quick glance from Palette.

The dials are pretty good for fine tuning, but they are very sensitive. When setting a dial to control exposure, there were times where I would get the image just right, but as I removed my hand from the dial, my thumb would sometimes slightly touch the dial and that would be enough to adjust the image. You can actually solve this issue in the Advanced menu of the PaletteApp. I found lowering the sensitivity gave me better control. You can also press down on the dial to reset. 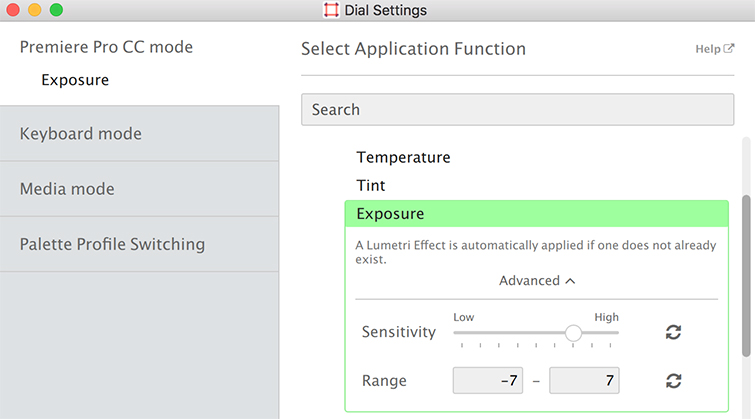 The Palette Gear’s biggest weakness is the slider. The slider is not a mechanical slider, so there is no way to finely control tasks. There is also no true zero-point or middle notch to put the slider back to zero. The slightest movement on the slider can make massive adjustments, and there is no way to reverse that movement without really over-correcting in the opposite direction.

Now, you can go into the PaletteApp and lower the slider’s range to prevent very drastic changes — but you are then limiting the slider’s capabilities. I found myself having to use the mouse to double-click on the Temperature and Tint controls in the Lumetri panel to reset them. Since I already move the cursor to those controls, I would then just use the digital sliders in Premiere Pro. In FCPX, the sliders literally do nothing. They are not currently compatible with any FCPX tasks.

The sliders were also the only modules that ever gave me trouble. While rearranging the modules to find the best setup, there were a few times where everything was connected but the slider. No matter what I tried, I couldn’t get them to reconnect. I restarted the app to no avail. I cycled the Palette’s power by unplugging the USB cable, and when reconnected, the sliders powered back on.

Outside of the Lumetri color controls in Premiere Pro, I didn’t find the Palette Gear to be very much help with actual video editing in Premiere Pro. The same goes for After Effects. There is a definite sci-fi feel to rendering at the push of a button, but Palette Gear’s biggest enemy is the keyboard shortcut. As for FCPX, there was really no point in even mapping the Palette. It doesn’t really do anything in Final Cut Pro X.

Any seasoned editor has already mastered the keyboard shortcuts they need. The Palette Gear can be helpful with less-common tasks, but then it’s just a hassle to have the panel connected and the PaletteApp running at all times. (If you have many external hard drives already taking up USB ports, you are very unlikely to even plug in the Palette Gear.)

Like I said before, the Palette Gear is still in Beta for Premiere Pro. I am expecting the future Palette models and modules to have even better controls when it comes to color grading, but as far as actual repetitive editing tasks — it’s hard to tell. I will say this: the Palette Gear is a lot of fun, but sometimes you need to work and don’t have time to play.

For colorists, you may find the Palette Gear to be a suitable budget panel. For Lightroom photo editors, it’s a fantastic tool. For video editors, there is still much to be desired.

For a full breakdown of available options, the following are all the mappable options based on the available programs and Palette Gear modules.

Even in Beta, the Palette Gear has more options in Premiere Pro than FCPX and After Effects. Each module can replicate nearly any simple task. Though the list of options for Premiere Pro is long, there aren’t any magical time-saving tasks to map to the Palette Gear. Everything here is a pretty standard control. 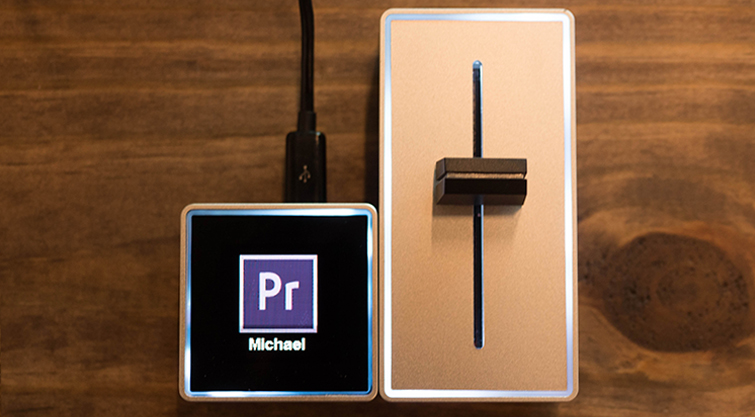 Anyone who’s mastered keyboard shortcuts will have a hard time taking their hands off the keyboard to reach for a dial, button, or slider.

Buttons in After Effects

Dials in After Effects

Sliders in After Effects 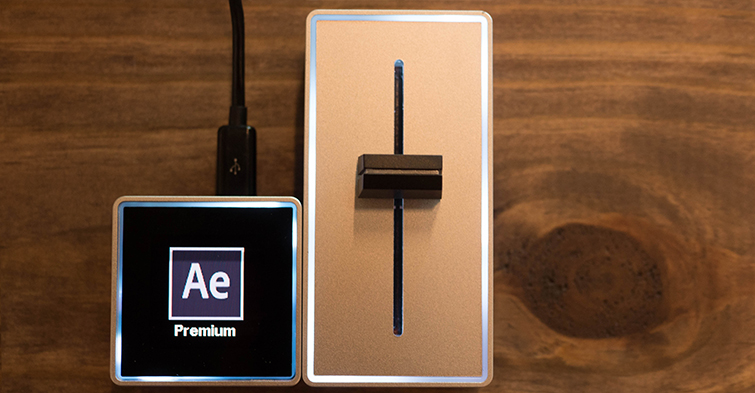 If you are an FCPX editor, you will be throughly disappointed in the Palette Gear. You really can’t do much, and it’s not worth the purchase if you are solely planning on using this for editing in Final Cut Pro X.

Update: According to a representative at Palette, FCPX is still in Beta.

Not Compatible with FCPX.

The Palette Gear may one day be a must-have tool for all creatives (specifically those in the Adobe Create Cloud), but right now it’s far more practical for photo editors and amateur colorists using Lumetri (the Palette is not yet compatible with DaVinci Resolve).

I found that many of the editing tasks I perform are still faster with keyboard shortcuts. With the inability to really do anything in FCPX, it’s hard to recommend this panel for video editors.

That said, if you are a video editor who also shoots photographs or handles amateur color work, you may find the tool helpful in other ways.

Have you worked with the Palette Gear? Let us know in the comments.